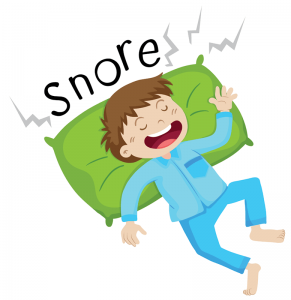 Over the years, I’ve learned to be wary of people who tell me, “Oh, you’ll have a good time” as they invite me to something I don’t want to do or go someplace I don’t want to be.

A few weeks ago, I visited two old friends, Jim and Rosemary Caruso, both of whom were in hospitals. They had helped us raise our kids and are dear friends. When I walked down the hall to Rosemary’s room, I heard her call my name out 30 feet before I got to her door.

She had seen me coming, and we hadn’t seen each other in years.

Rosemary is a very positive person, no matter what the circumstance. She has welcoming smiles and hugs for everybody. Something like 30 years ago, her happy charm talked me into something I will never forget.

She was talking about the New York State Fair in Syracuse. She was a chaperone for some of the 4-H kids and that meant she’d be sleeping in the dorm with the girls. Jim would be in the boys’ dorm, also as a chaperone. My wife would be keeping Rosemary company. Wouldn’t I like to keep Jim company?

“What kind of ‘dorm’ are we talking about?” I asked, thinking about college days.

“Oh, it’s a place with beds and showers and bathrooms and it’s right on the fairgrounds and we can park very close,” Rosemary said.

“How much does this cost?” I asked.

Free always sounds good to me. And I thought about it: I’d been a camp counselor who slept in a three-sided lean-to in a camp on the side of a mountain in Huguenot. I’d been in college dorms and spent time in the Poconos at environmental camp in February, and my travels as a corporate person had taken me to some pretty strange hotels, so how bad could this dorm be?

How bad, you say?

Put this in your mind: The dorm “room” — the size of an airplane hangar — had dust balls the size of Arkansas. And I’m allergic to dust.

Picture the sheep barns and horse barns and cattle barns right next door. We were, after all, in the 4-H section.

I’m allergic to all those furry creatures.

Picture guys who walk into the dorm at 1 a.m. and can’t find their lockers, their beds, their keys, their shoes or their boxes of doughnuts. So they take everything out of every locker until they find something familiar — and either put it on or eat it.

And the bunks: I chose one with a new-looking mattress on the bottom level, which turned out to be a supremely bad choice.

In my years of marriage, I had developed — and earned — a little potbelly. A little one. I got into that bunk and for the first time in years, I was able to look down the bed and see my feet. The bunk made that possible because there was a valley in the middle of it right where my butt was.

All that night, whenever I rolled to the left or right, I was climbing uphill, with a bed that faithfully creaked and groaned — and echoed — in this very large room.

My wife had partially prepared me for the experience.

“You need a pillow and a sleeping bag,” she told me.

Elisabeth is my middle daughter, who was about 4 years old at the time.

And I spent my first night in the dorm sleeping on top of a Snoopy sleeping bag that was two feet too short.

“Nice sleeping bag,” Jim Caruso said as he got ready for bed. He smirked as he climbed into his bunk about six feet from mine.

And the good news and fun were yet to come.

She put her hand on my shoulder. “Mr. Addyman, my dad SNORES,” she said earnestly.

“I can hold my own when it comes to snoring,” I told her confidently. “Ask my wife and kids.”

“Nobody snores like our dad,” Cindy told me. Her hand was still compassionately on my shoulder.

“Don’t,” she advised. The hand came off my shoulder.

Did I tell you Jim is a big guy, very gregarious in spirit?

His nighttime sounds are something special.

Picture a brontosaurus nudging through a pile of lily pads looking for something to eat at the bottom of a stone quarry. Record those sounds on a digital system, feed them through an echo chamber (remember this place was like a hangar with a very high ceiling), then play everything back — about six feet from your ear.

Yes, old Jim could out-snore me. Jim can out-snore a shift in the earth’s crust.

That dorm ceiling was a good 25 feet above us. No acoustic tile. No sound-deadening measures. The sounds coming out of Jim were allowed to billow and reverberate and mingle with one another. It wasn’t one top fuel dragster doing a smoky burnout — it was five.

Although the room could accommodate 168 people, there were very few people in it that night. All of us who were there remember Jim.

I went into the bathroom, about 75 feet away, at 4:10 a.m. A young man was standing there, looking out the window. He watched me paddling around, dodging the puddles of water on the floor from the showers.

And he spoke: “Are you with that other guy?” he asked me.

“What ‘other guy’ are we talking about?” I asked.

“The one with the lungs,” he said.

“Whew!” he said, walking away and shaking his head.

I stood by the window where he had been. I could hear how quiet it was outside. Then I leaned toward the dorm area. Yep, I could clearly hear Jim sawing redwoods and crushing 100-pound bags of peanuts.

Actually, I liked the fair and staying in the dorm with Jim that night. One night was enough, though. It gave me an appreciation of simple things: Holiday Inns, Hampton Inns, Residence Inns …

Next morning, Jim woke up refreshed and smiling, full of his wonderful self.

He was the only one.