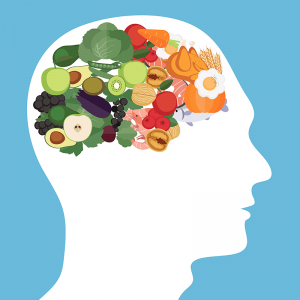 I’m having a problem with forgetting things.

My wife would tell you I’ve had this problem since the day before we got married, but that’s another tale.

I was in the office one Sunday, left in the late afternoon, and drove a mile before I did a U-turn and went back to the office. I thought I’d forgotten to lock the door.

My problem, I think, is that I have a lot on my mind and I get deep in thought, and the next thing that happens is I’m standing in a room, wondering what I’m doing there, how I got there, and why am I carrying two wrenches and a banana.

Last week, I forgot my home phone number for about four hours. I was tired, it was hot, I’d been working all afternoon and had worked really late the night before. So I forgave myself. But my phone number?

Being the proactive sort, I decided I would take action and bulk up my brain.

I started with food. I made sure my salad dressing had olive oil in it. Wild salmon was on my plate. I had eggs for breakfast, and no blueberry was safe around me. And out in the yard, the dandelion greens were quaking because they knew I’d be coming for them sooner or later. I even went to the health food store to make sure I had the right salad dressing for dandelion greens.

Pretty soon, all that wholesome brain food was bulking up my brain so much that my head was getting tight from the inside. I was afraid one big sneeze would leave dura mater on the sidewalk someplace.

So now I had to get my brain buffed up. I looked up some websites that get your brain finely tuned, the equivalent of having perfect abs. I was on the way to a perfectly ripped cerebrum.

I landed on a website that guaranteed to make you smarter, quicker, happier and able to remember things most of your old friends wish you’d forgotten long ago.

First, you had to answer a whole bunch of questions to establish a “baseline.” This was good. I hear all these teachers and administrators talking about data-driven instruction, and here I was, about to assemble my own data with a software program made in Sri Lanka.

After 15 minutes of very careful answers, I pushed the “submit” button and waited.

“You have no baseline,” the program told me.

I figured I must have done something wrong, so I started all over again, and this time took 20 minutes answering all the questions carefully and giving my opinion on things.

And I pushed “submit.”

“You have no baseline,” the program told me again.

“What do you mean, I have no baseline?” I typed in.

“First, you have a problem paying attention,” the program told me. “Didn’t we tell you that you have no baseline?”

I was stunned and disappointed.

Then I noticed the program was typing again.

“Do we have to draw this on the sidewalk in chalk, Bozo?”

I backed away from the computer.

After a few minutes, I figured it was safe to go back to the keyboard.

The program immediately started spitting out a line of type.

I told my wife.

“Have some eggs,” she suggested.

They say that folks of a certain age improve their memory by challenging themselves with puzzles and technically challenging processes.

We don’t use our VCR anymore, so I couldn’t spend the afternoon programming that, but we do have Netflix.

For some reason, when my wife and I decided to watch “House of Cards,” the policeman in Netflixland decided we were no longer trustworthy, and we had to sign into our Netflix account all over again, which is a pain in the TV remote.

One by one, I typed in the keys for my email address, and the password we’ve used forever.

After trying to key in the same password — which I knew was the right one — three more times, we gave up and asked for a new password. The Netflix nanny on duty that night was supposed to send us a process to create a new password, but first it wanted to make sure I was who I said I was. That meant Netflix was going to send me a code through my cell phone, which was in the car.
Out to the car I went, grabbed the cell phone, and sure enough, the code was flashing at me. I got back in the house, keyed the code in, chose a new password, and went back to the TV to see if any of this was working.

We watched two episodes of “House of Cards” and called it a night.

As we got into bed, my wife asked me, “I want to watch one of the previous episodes again. What happens if Netflix won’t let me in?”
“Just use the password,” I told her.

I looked at her for a long minute, first annoyed that she’d ask for the password because we’d set it up together, then laughing at how silly this all was, then thinking the unthinkable.

The look on my face told it all.

“You forgot it already, didn’t you?” she asked.

I had a blank look on my face.

“Better go out in the yard and pick some dandelion greens,” she said.