‘New legislation will have a significant impact on everyone who has a 401(k), IRA or any similar employer retirement plan.’ 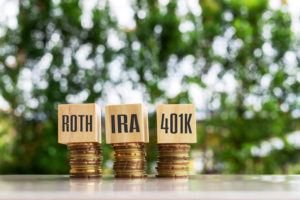 Shortly before the holidays, Congress passed and the president signed far-reaching legislation that will have a significant impact on everyone who has a 401(k) or-similar employer retirement plan or IRA. The SECURE (Setting Every Community Up for Retirement Enhancement) Act of 2019 is intended to better help workers prepare for and fund their retirement years.

Let’s look at just a few of the law’s 29 provisions that likely impact readers of this column. The intent is to give you a high-level overview and indicate whether you are covered by the old rules or the new ones.

For traditional IRAs and employer retirement plans subject to RMDs, the SECURE Act changes the initiation age to 72 for RMDs. Under the prior legislation, the threshold was the year in which you turn age 70 1/2.

The required beginning date (RBD) is still April 1 of the year following the RMD start year. As before, those who wait until the following year will need to take two RMDs that first year.

Elimination of the “Stretch” IRA for Beneficiaries

The SECURE Act eliminates “stretch” IRAs and mandates that inherited IRAs for most non-spouse beneficiaries must be distributed within 10 years following the year of the IRA owner’s death. This applies to inherited Roth IRAs as well as inherited traditional IRAs. Previously, beneficiaries could stretch distributions over their expected lifetimes (sometimes for decades) while the investments continued to grow tax-deferred or, for Roth IRAs, tax-free.

Beneficiary exceptions are spouses, minor children until reaching age of majority, those who are chronically ill or have special needs and those within 10 years of the original IRA owner’s age. Otherwise:

• If the IRA owner died in 2019 or earlier, as a non-spouse beneficiary, you are covered by the old rules. While you must take RMDs, you can continue to stretch your inherited IRA over your life expectancy.

• If the IRA owner dies in 2020 or later, the new rules are in place. Unless you are an exempted beneficiary, RMDs are no longer required but your inherited IRA must be distributed fully within the 10 calendar years following the IRA owner’s death.

Oddly enough, the effective date is extended for two years (for deaths after Dec. 31, 2021) for beneficiaries of 403(b), 457(b) and other government retirement plans.

Starting in 2020, you now can contribute to a traditional IRA after age 70 1/2. This affords you the opportunity to add to your IRA indefinitely, although at age 72 you must simultaneously start RMDs even though still working. This change puts traditional IRAs and Roth IRAs on a par. Previously, Roth IRAs had no age 70 1/2 contribution ceiling. Roth IRAs continue to have no RMDs.

Welcomed by parents and grandparents, the SECURE Act reversed the harsh taxation of unearned income enacted as part of the Tax Cuts and Jobs Act of 2017 that taxed interest, dividend, and capital gains income for dependent minors at high fiduciary rates. The new law restored these tax rates to the parents’ marginal rate and made the change retroactive to the 2018 tax year.

QCDs can still be made starting at age 70 1/2. Even though there is now an age gap when QCDs are allowed but distributions are not required, QCDs are still considered the most tax-efficient method for making charitable gifts, followed by appreciated securities, followed by cash.

In a future column, we will review strategies to capitalize on some of the positive aspects of the SECURE Act and to mitigate some of the negative aspects, particularly the elimination of the “stretch” IRA.

James Terwilliger, CFP®, is senior vice president, senior planning adviser with CNB Wealth Management, Canandaigua National Bank & Trust Company. He can be reached at 585-419-0670 ext. 50630 or by email at jterwilliger@cnbank.com.