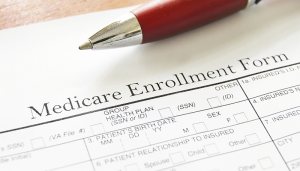 Like it or not, “means testing” is here to stay in the form of tiered costs for Medicare Part B premiums. The official name for this arrangement is the income related monthly adjustment amount (IRMAA).

IRMMA has been in place for a number of years. But many folks turning age 65 and starting Medicare health insurance coverage are just learning about it and are not happy.

Hence, Medicare participants are charged a premium in any given year based on ability to pay from their income.

I say almost because the MAGI used in the premium determination lags by two years. Premiums charged in 2017 are based on MAGIs listed in 2015 tax returns.

There are five premium tiers. The bottom-tier premium is what most participants, about 70 percent, pay. In 2015, that premium was $104.90/month and covered single taxpayers with MAGIs of $85,000 or less and married taxpayers with joint MAGIs of $170,000 or less.

In 2016, this monthly premium increased to $121.80, and in 2017 it increased again to $134. This year-over-year increase is not related to IRMAA. It merely reflects the increased cost of running the Medicare program.

Most people in the bottom tier are not impacted by these increases. They are favorably covered by what is known as “hold harmless” which affects those who were already receiving Social Security and covered by Medicare. Hold harmless protects these folks by not allowing their net Social Security (Social Security benefits less Medicare premiums) to decrease from one year to the next.

When we get into the upper tiers, premiums become more expensive.

At each of the upper tiers, there is an additional unpleasant surprise — an extra premium adjustment for Medicare Part D even though Part D premiums are not paid to the federal government. Part D is purchased separately from a private insurance company in conjunction with a Medicare supplement plan (Medigap policy) or is included in a privately-purchased Medicare Advantage plan.

Another downer for the upper tiers is that the hold-harmless provision does not apply.

From a planning perspective, there is not a lot of wiggle room to impact MAGI. For example, there is no way to avoid the impact of a significant capital gain from investments in any one year. Just be prepared for a single year of increased premiums two years down the road.

Fortunately, requests for a Medicare IRMAA reduction can be honored if you have an allowable change in circumstance. Qualifying events for you or your spouse include reduced work hours; a loss of income-producing property outside your control; scheduled cessation, termination or reorganization of your employer’s pension plan; settlement from a current or former employer because of the employer’s closure, bankruptcy or reorganization; and change in marital status

To make a request, you must make an appointment at the local Social Security office or file form SSA-44 Medicare IRMAA Life-Changing Event and associated documentation. Requests must be made either when you initially enroll in Medicare Part B or following receipt of the annual Medicare Part B — IRMAA notice each fall.

For those folks falling into Tier 2 or above, building these additional Medicare costs into your retirement plan is a conversation best held with your financial planner.