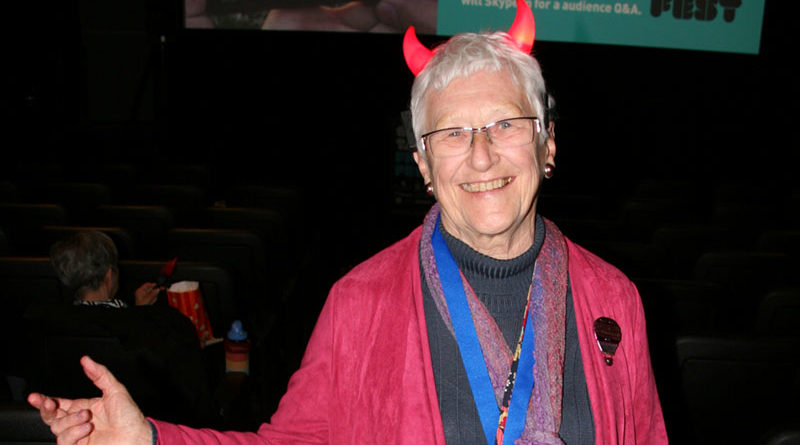 In downtown Rochester resides a cultural gem, The Little Theatre. As the oldest continuously running independent film theater in the country, it draws a wide range of dedicated patrons and volunteers. Betty Schaeffer, 79, has been a volunteer for 20 years.

“I have been doing volunteer work for The Little since 2000. The Little is a valuable art form, one of a kind,” she said. “It creates a hub for the distribution of art in different forms unlike a regular movie theater or a playhouse. There is a wealth of knowledge being distributed to the community, an important point for a lifelong learner. There is a reason the theater is still in business after 90 years.”

One of Schaeffer’s passions is “One Take,” a monthly documentary series that presents a mix of documentaries that are unlikely to be shown anywhere else in the city. Schaeffer is the volunteer coordinator for the One Take Film Festival that takes place at the end of April and has done so since the One Take Film Festival began. One of the goals of the series is not only to present information, but to increase people’s understanding of what they are seeing and hearing through a moderated discussion at the conclusion of the film.

Schaeffer enjoys the content and discussion. “I so enjoy documentaries and find Linda Moroney is a talented moderator and great at offering documentaries that give me so much,” she said.

Schaeffer also works tirelessly to promote The Little. She delivers flyers  to different locations every week as well as other flyers for special events.

“I have a regular routine for this. I have also helped with development, stuffing envelopes and greeting people when The Little has special events,” she said. “It brings me great pleasure to see good film, meet good people who work there and teach me what is good art in film.”

“I also enjoy talking to people who have watched a movie and help me to gain more insight. I am a heavy-duty attendee for anything at The Little and try to get to films each week. I also attend the opera and ballet simulcasts. The Little never fails to disappoint me with what they are showing,” she said. “So contrary to main line movies, I get more rewards by attending anything at The Little. It brings a rich world to those of us who attend their shows.”

In addition to showing films unlikely to make it to mainstream venues, The Little offers live musical performances from local musicians in its café. The setting features a rotating art gallery of local artists. Schaeffer expands: “In the café they have appetizers, soups and salads, sandwiches, entrees and wonderful desserts. The Little is a nonprofit organization so when you dine or buy a ticket, you know you are supporting a unique Rochester legacy.

In January 2012, the theater took innovative steps toward sustainability by entering into a parent-subsidiary relationship with WXXI Public Broadcasting. Because of this merger, the community can be assured that as the downtown area and surrounding neighborhoods continue to change and grow, The Little will continue to be a bright spot in the neighborhood.