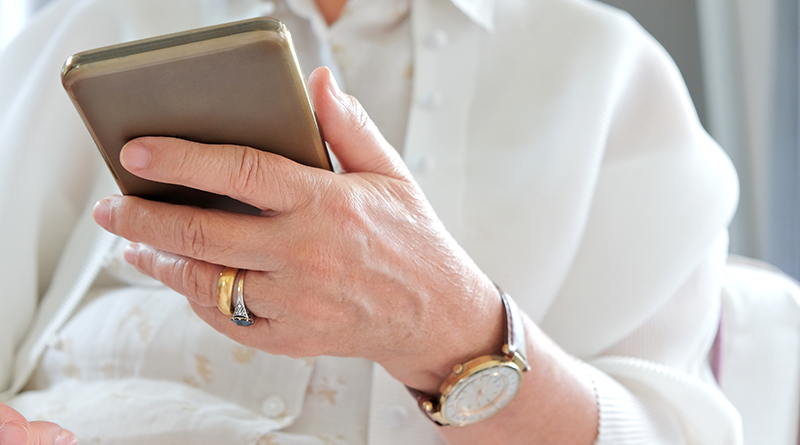 More older adults are getting technologically savvy, according to the Pew Research Center. A recent survey found that about two-thirds of those 65 and older go online, 67 percent use the internet and, since 2013, 24 percent more own smartphones.

Interest in OASIS Rochester’s technology classes is on the rise, according to Ann Cunningham, executive director at OASIS Rochester. Whether it’s learning how to use Facebook, Skype or email, “that’s very important to them because they want to keep in touch with their children and grandchildren,” Cunningham said.

Cunningham also thinks that general interest in technology spurs them, as they’re curious and they also want to stay relevant.

OASIS’ classes on Excel, the spreadsheet program, have also enabled participants to better manage a budget for home or post-retirement business.

Because of participants’ repeated requests, the registration process at OASIS was digitized two years ago, and about 35 percent of registrations happen online.

Daniel Jones, who has a certificate in gerontology, owns Daniel Teaches, a Rochester-area business that has been tutoring mature adults in technology through one on one and group lessons for seven years. Jones said that many become engaged with technology to stay better connected to their families and for personal enrichment.

“I have lots of people who say, ‘All I want to do is get online to see pictures of my family’ and what usually happens is they slowly start to creep toward more and more engagement,” he said.

Jones has some initially reluctant pupils who now bank and shop online. He said that others want to feel they’re actively participating in modern life and that in general, older adults tend to be late adopters.

“They’re skeptical when it comes out,” Jones said. “As time goes on, and maybe some of their friends have a good experience, they’ll go ahead and do it.”

Sometimes, family members may pressure them to get a smartphone or Facebook account. For those, the biggest barrier to involvement is fear, according to Jones. Some worry they’re “too old” or can’t learn. Maybe the device will break or become too complicated to figure out if they make a mistake.

Jones advises family members to introduce only the level of technology the older adult wants to use. A tiny smartphone may be the latest and greatest, but is the screen too small to see well for someone with vision problems? A larger tablet may be better. Or perhaps a desktop computer with a large monitor would increase visibility better.

In addition to practicality, also consider how the device will be used. The desktop’s lack of portability to a cozy nook for reading, for example, makes it less favorable. But the size and tactile qualities of the keyboard may prove an advantage for less-nimble fingers. Will the user want to take photos to post to social media someday? Or use it away from home? Then consider a tablet or larger smartphone. A laptop may seem a good compromise for those who want portability and natural typing; however, the weight and size would hinder some from taking it far.

Discuss the pros and cons before making a purchase. Jones said that many people come to him for help after receiving a surprise electronic gift.

Jones recommends for newbies an iPad for its intuitive nature, light weight and sizeable screen.

“If they’ve never had a computer, they won’t know how to use a mouse or keyboard,” he added. “It’s all built-in.”

Without peripheral devices plugged in, there are fewer things to fail.

Jones pointed out that traditional PCs need frequent updates. Irregular users may feel like whenever they occasionally use their computers, all it does is run updates, forming a negative experience each time.

Despite his professional prowess, Jones admits that his own octogenarian parents don’t own a computer, tablet or smartphone.

“You can’t force one on someone who doesn’t want to get involved,” Jones said.