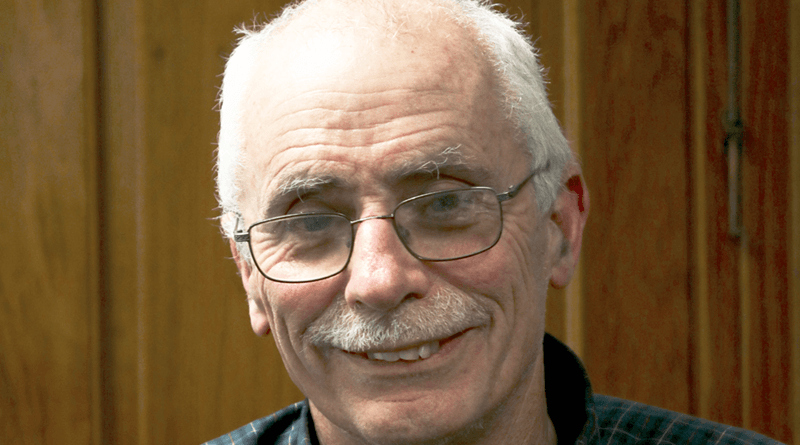 For many, Bob Hegeman exemplifies spirit of community

When Habitat for Humanity wanted to build two houses in Wayne County, they looked for a supervisor for the work.

When Laurel House Comfort Care Home in Newark was struggling to get on its feet with a huge renovation project to be completed — with very few available dollars — whom did people think of?

Was it the person who might make the hospice home a reality?

As the St. Michael’s Family Festival struggled with demise of the traditional NewarkFest right in front of the church, whom did people turn to for leadership?

The Boy Scouts were looking for someone to start a venture patrol, a high-adventure group that would travel and do things many teens never attempt. The leader had to be inexhaustible, caring, smart, great with kids, and free.

You run into people like this so very seldom in your life; someone whose well of endurance is remarkably deep — a person whose heart beats so often for others.

The neighbor who, when you show up on his doorstep with a certain look on your face, reaches for his toolbox; a giver in the extreme; someone who doesn’t know how to say, “No.”

Bob Hegeman is that person, that community embodiment of the better angels of our nature.

The Wayne County vice president for construction for Habitat for Humanity, he has led several house-building projects. He is a guy who doesn’t go anywhere without a tool belt handy.

He has been the prime moving force for the St. Michael’s Parish Festival. He kept the annual event alive when NewarkFest died and left the church in the lurch. Pick any morning on South Main Street in early June every year, and Hegeman was somewhere, doing something near the church, setting up.

But not this year. Reconstruction of Route 81 in front of the church has cancelled the 2019 festival.

He has been active in Boy Scouts for years at the high-activity Venture Scouts level, leading camping and canoeing adventures deep into the Adirondacks.

When he got interested in Laurel House Comfort Care Home, it was still in the impossible dream stage. Over two years, he has led a small, dedicated volunteer crew who did perhaps $100,000 in renovation work, to make the former office building a welcoming, safe hospice home.

Even though he is not a member, the Newark Rotary bestowed on him the Service Above Self Award last year in a special ceremony. One of the nominations read, “Long before I knew Bob, I wondered who was behind the work force building those Habitat for Humanity homes in the area. What a successful program, combining community support with the sweat labor of families in need. What a great combination! Nothing builds a family’s confidence and self-esteem more than owning their own home. Bob Hegeman has had a part in the construction of several homes.”

Out of high school, Hegeman worked as a carpenter for Rochester Lumber. In 1968, Uncle Sam had a spot for him managing the nighttime motor pool in the Mekong Delta in Vietnam. “We went over the Cambodian border,” he said, shaking his head.

How did that go?

His unit was deactivated in 1970, and he came back to Rochester Lumber. “There was a law that they had to give you your job back. But there was all-new management and all-new employees,” he said.

He no longer fit in. A story many veterans would share.

Next came a stint repairing asbestos siding, and finally a spot building apartments in Rochester. He then supervised work crews in Palmyra and drove a garbage truck for 12 years.

Man of many talents

Spring Valley Greenhouses hired him a bit more than 30 years ago to do, well, everything. “I was in maintenance and sales and did trade shows and I still have my CDL, so I do deliveries,” he said.

Along the way he met Martha Bill at the Manchester Firemen’s Carnival. Their parents knew each other, and when the fireworks went off, Hegeman was hooked.

Bill worked in a bank, then for newspapers, finally retiring after 24 years with what is now Gatehouse Media in Canandaigua as the business manager.

Hegeman has discovered that he’s always busy, partially because he has a hard time saying “no.”

Once Habitat for Humanity latched onto him, he dove into lots of roles. “Each new home requires about 400 hours of sweat equity,” he said. “I did everything. I love building.”

His Habitat journey started in Ontario County; when Wayne County’s chapter opened up, they went looking for Hegeman.

“Right off the bat, they wanted me to build a house,” he said.

“I can’t stand back and watch something die,” he said. “I have to push forward; I can’t stand by. Sometimes the only way you can get something to happen is to grab the bull by the horns. I’m the type of person who has found it easier to ask for forgiveness than permission.”

Bob and Martha have two children, both married — Brian, a computer programmer, and his wife, Kylie, a teacher; and Erin, a doula (midwife), and her husband, Brett, who is in wine sales. The couple has three grandkids: Quinn, Eli and Anika.

The Hegeman journey into scouting started when Brian was in Cub Scouts. Dad became den leader, then cub master, then scout master, and spent seven years doing that. “Then the Finger Lakes Council asked me to start a Venture crew in Newark. It was a very, very successful program,” he said.

Venture scouting, he said, “is anything you want it to be. It’s high adventure, drum majorette, hiking, canoeing, kayaking, climbing, shooting sports, anything.” His kids did the high peaks in the Adirondacks and snow-shoed six miles around a mountain.

Here’s a guy in his late 60s leading teens across deep snow. How?

Just what kind of athlete is Bob Hegeman?

Ask the guys who worked with him on getting Laurel House ready for residents. In the construction photos, you’ll see Hegeman doing something and three or four guys watching him or looking for water.

“Everything was done to ADA specs,” said Hegeman. “I wouldn’t do the work any other way.” He and his all-volunteer team solved problems, such as jacking up the center of a building, for instance. He redesigned the architectural drawings to make more livable spaces. “Now the whole place is super-sealed and soundproof,” he said.

Like so many others with a commitment to Laurel House, he has experienced someone dying slowly in a hospital.

“I was sitting in the hospital 23 hours a day with all the hustle and bustle of the hospital. People shouldn’t have to spend their last hours in that kind of atmosphere. Here at Laurel House, our residents are with people who want to be there, who don’t get paid for it,” he said.

When Laurel House welcomed its first resident recently, Hegeman had to be there, to see the culmination of his work fulfilled. He was there with the family during the man’s last night on earth. He was there when the funeral director arrived.

For years, Laurel House was a dream for a slowly building group of neighbors. Now it had become a reality and was fulfilling the dream as a place where someone could die in peace, with friends and family near, at no cost to the family or resident.

Now Hegeman’s work is pretty much done. What’s next?