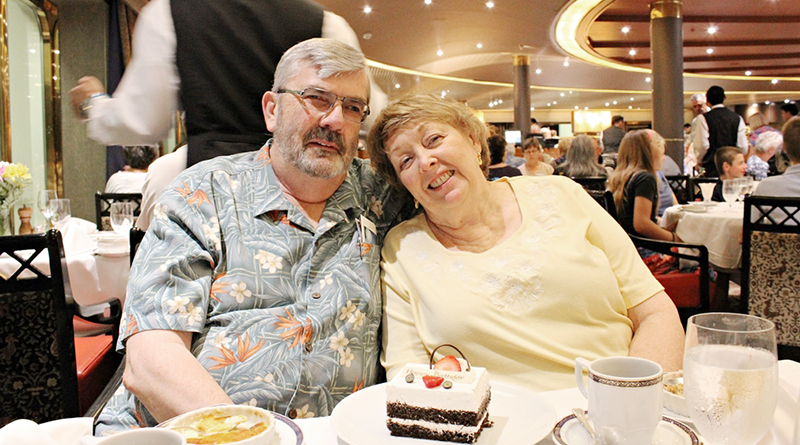 After retiring in 2009 from his position as a customer service representative for Xpedx, a distribution subsidiary of International Paper Company, Jack Armstrong knew just what he wanted to do: escape Rochester winters and tour the nation in a recreational vehicle for a few months.

“What better way to see this beautiful country?” he said of his decision.

Then 62, he had to convince his wife, Niki, that it was a good idea to spend the five colder months of the year in Florida and a few weeks of the summer in the Adirondacks and other destinations along the way.

“My wife was a little unsure in the beginning, never even having camped as a child growing up, but quickly took to the idea and really liked the total comfort of some of the RVs we have had,” Armstrong said.

One of the advantages is the “home-away-from-home” comfort RVs offer. Travelers don’t have to wonder about the quality of their accommodations while on the road. The Armstrongs can also bring along their two indoor cats who are “very good travelers and companions,” Armstrong said.

The couple enjoys not having to worry about catching flights or meeting hotel check-out times as they travel. They can take their time as leisurely as they wish, normally about 200 to 250 on traveling days and spending at least two nights at each stop.

Usually, they ask the RV park manager about the best mom-and-pop restaurants that the locals like, along with a landmark that they always take their visiting friends and families to see.

“We have found some wonderful off-the-beaten-track places with those two questions,” Armstrong said.

In the past decade, the couple has logged hundreds of miles and visited scores of campgrounds, restaurants and points of interest.

They have chronicled their journey on their website, www.snowbirdrvtrails.com, which provides recommendations, routes and RV tips.

Armstrong said that visitors to his site are a mix of long-time RVers and newbies considering the lifestyle.

“We try to pass along both in our blog and our website the things we have learned from good mentors we have had in the past,” Armstrong said.

Some of the readers eventually go full-time RVing after selling their homes and most of their possessions.

“That worries us because it’s not for everyone even though it sounds like heaven,” Armstrong said.

He advises renting an RV and testing it out before selling the home to ensure it’s really the way they want to go. Armstrong said that some people don’t realize the work, planning and money that goes go into RV living. Though there’s no hotel costs, travelers still need a source of income sufficient to pay for fuel, campsite fees and routine maintenance, plus some savings for emergencies that pop up occasionally.

“You should plan your first steps carefully and sensibly and then work your plan,” Armstrong said. “If you are buying a used RV, take someone who knows RVs with you or hire a mobile RV tech to look it over. It will pay in the long run. There are many hidden things that can go wrong with an RV.”

He said that the largest challenge is also the most fun: heading into the unknown. For that reason, the couple always advises RV travelers to purchase a membership in an emergency roadside assistance plan and a copy of Trucker’s Road Atlas, which highlights routes for trucks and notes low overpasses.

“If a trucker can do the route, any RV can as well” Armstrong said. “It’s all about peace of mind and having fun.”

The Armstrongs did sell their Rochester home and move South. They maintain a condo in Clearwater, Fla. They used to take extensive, several-month trips in a 32-foot fifth wheel that boasted three slide-out expansions; however, two years ago, when Niki experienced knee replacement that involved complications, they sold the truck and big rig.

“But it gets into your blood,” Armstrong said. “We lasted about a year missing the road and our travels and started looking.”

Last December, they purchased a 2018 Roadtrek, a 19-foot van that they describe as a well-outfitted camper.”The self-contained vehicle allows the couple to go off the grid and camp wherever they would like.

It has its own generator, TV and DVD player with surround sound, refrigerator, air conditioning, standard toilet and indoor and outside showers. It’s a much smaller version of their previous RV, but it’s  better for Niki to maneuver in. Though the couple now takes shorter RV trips a few weeks here and a few weeks there they can’t recommend the RV life enough.