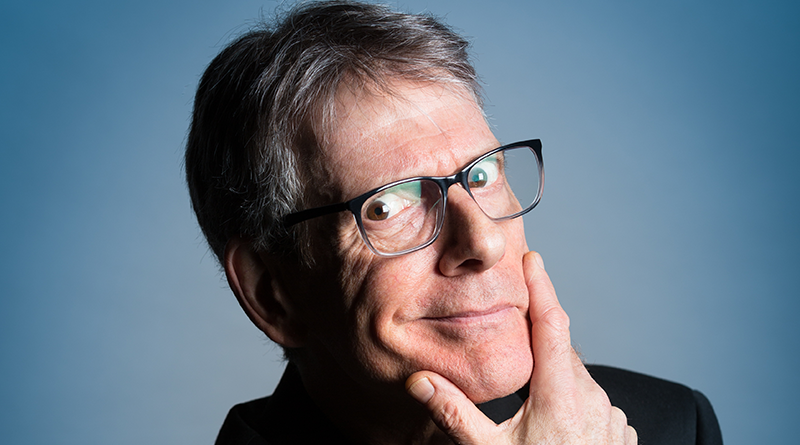 Sky Sands has entertained audiences in Vegas, Atlantic City and at home. But he also finds time to read to the blind and mentor kids at places like Hillside Children’s Center, YMCA

If you haven’t been to Comedy @ the Carlson on Carlson Road in Rochester, then you should make it a point to see the great comedians that perform there Thursday through Sunday.

They’re male and female, young and old, well-known or up-and-coming performers from all over the country, including Rochester and Upstate New York.

Sky Sands is one of those nationally known performers, but he doesn’t have to go far from his home in Brighton for a show at the Carlson, where he appears on a semi-regular basis featuring a mixed bag of magic, origami and stand-up comedy.

My wife and I saw him at the Carlson recently. Clean comedy is hard to find, but Sands eschews most sexual or biological material and does just fine without it.

Opening for Sands was Todd Youngman, another outstanding Rochester-based comedian.

Soon after the show, I got to sit down with Sands at Canaltown coffee shop on East Avenue.

It’s safe to say real comedians have a je ne sais quoi about them. Not surprisingly, there’s a good possibility they aren’t going to sit quietly and consistently give straightforward answers that don’t include a comedic spin.

It didn’t take long for Sands to count the exact number of books on the shelf behind me, twist beads into a poodle, figure out how to incorporate the fly on the window into his act, etc. “My mind is strange,” he says. “Let’s not get into what’s been diagnosed.”

Comedians, like actors, portray different characters. In Sand’s case, that means he could be Cosmo, the “stereotypical Italian,” Steve, who is “out and proud,” Obidiah the magician or someone else entirely. The characters help him achieve high numbers of LPMs — or laughs per minute — in esoteric comedian jargon. 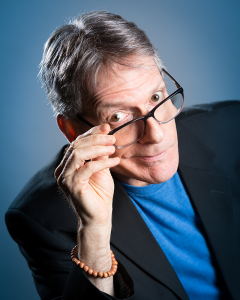 Sands says his audience may be watching a stand-up comedian or “just a man without his medication.”

If, for some reason, you haven’t heard of Sands, he believes you may still know him by the name of “special guest.”

His real name, Skyler C. Sands, is in fact from the sky, sea and sand referenced in the book of Genesis.

Comedians like Jonathan Winters, Bob Newhart, George Carlin and Bill Cosby got his attention as a kid and inspired him to try comedy on his own. As for magic, actor Tony Curtis’ portrayal of Houdini left a big impression.

He’s been getting out of handcuffs and straitjackets since he was a kid and has the scars to prove how hard it is to do. It’s not a trick, he says, just a lot of practice. His audience can be assured the straitjackets he uses are real, not made for a magician’s act.

The annual Magician’s Alliance of Western NY conference in Batavia was a big influence for him as a kid and still is today.

But the only comedians he watches now are the ones who precede him, so he doesn’t use the same material.

He’s been performing since grade school but still gets nervous before every show.

“A lot of guys don’t. I think it [being nervous] means that you still care,” he says.

He won’t eat after 1 p.m. on the day of a show because he wants to feel “light and hungry” on stage.

“I was raised in Brighton but I never grew up,” says the Brighton High School class of ‘78 grad who remembers high school as being “the best seven years of my life.”

Comedian Todd Youngman went to BHS, too, so credit the high school for producing good comedians.

Sands still lives in Brighton today with his multi-media artist wife, Andrea. Their shared studio of her artwork and his magic props and origami “looks like you went into a jester’s mind and it exploded,” he says.

The couple owns AE (Andrea Esthetics) Spa on Monroe Avenue. There weren’t any other spas in the area when they opened 28 years ago. “Today, all you need is a pair of scissors, a Yanni CD and a candle and you’re a spa,” Sands jokes.

Performing in front of a home crowd can be both a blessing and a curse. It’s great to see old friends and familiar faces, but the pay is better on the road and he’s spent plenty of time on the road doing up to 18 shows a week in Las Vegas and Atlantic City at times in his career. 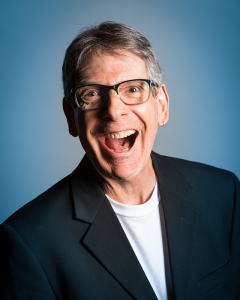 Stand-up comedy is just one area the versatile performer works in. He’s using his talents in many different ways and all over town. He includes his magic skills in corporate training gigs to show that “anything is possible,” does voice-over work for animated film characters, reads to the blind on WXXI’s Reachout Radio, is a recovery coach for addicts, and does weddings and private shows, too.

He takes mentoring kids at places like Hillside Children’s Center and the YMCA seriously. “You haven’t learned something until you’ve taught someone else,” he says. “It’s easier to mold clay than to chip away at stone.”

In his meandering career, he’s done theater, sung the anthem at Rochester Red Wings’ games, and has been an EMT and a fast food chain clown.

Like many comedians, Sands has known lean times in which he had to eat a lot of happy hour food, “make a head of cabbage last a week” and share an apartment with more than a few roommates.

But he survived to become a headliner and to work an entire career at doing what he loves. “I want to entertain you,” he says. “I want to take you spots you haven’t been before. I love what I do and it shows. It’s a gift; I might as well use it.”

The veteran comedian says he isn’t concerned with fame and money much anymore but does look forward to performing well into the future. “In the big picture, I’m still growing and working on new bits for my act. I want to wear out, not rust out,” he said.

Depending on whether he’s being serious or not, he’s also writing a book, a pseudo journal about his background that he describes as “true stories from the road that I made up.”