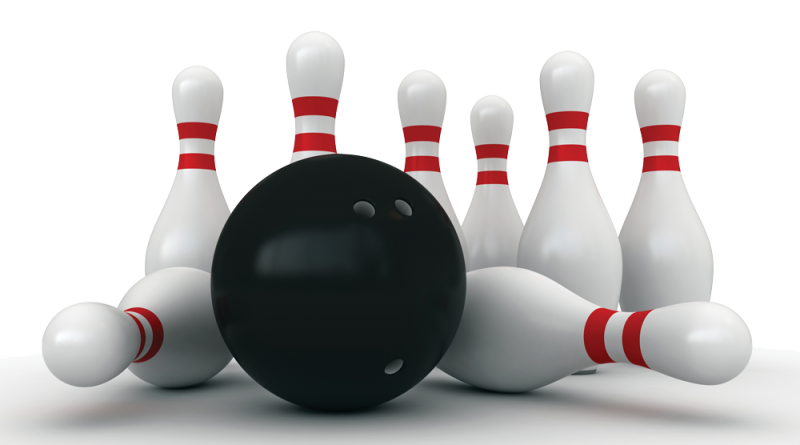 For Alberta Wambold, a life-long passion all started out because of friends and boredom.

Growing up in the small Livingston County town of Mt. Morris, there wasn’t much to do. Soon a few friends and her parents, invited her to bowling in elementary school and a new interest sprung up that has lasted for more than six decades.

“In the beginning when it came to sports, there wasn’t a lot of options for young girls,” said Wambold, 68. “I’m so glad I got into it because not only do I love the game, but I have met life long friends that have kept me active in bowling.

The Rochester area hosts several of the biggest senior leagues in the region. First, the Rochester United States Bowling Congress Association has a league on Mondays at noon. About 30 teams of five men each compete at AMF Empire Lanes, 2400 Empire Blvd., in Webster. Bowlers in the league run from 50 to 101 years age. On Tuesday at AMF Terrace Garden Lanes, 1151 Ridgeway Ave., there is a senior league competing as well It includes about 30 teams of three men in each team. The league includes a number of Rochester Hall of Fame bowlers.

“Sometimes golf can be hard on your knees and back and overall joints,” said Joe Robbins, 74, a retired Democrat and Chronicle copy editor. “If that happens, there is nothing better than bowling to keep the juices of competition flowing. Some bowlers just take one step and then throw the ball and that saves on their legs.”

When Robbins retired, he wanted to get involved in something in the community. Enter his new favorite passion.

“There are quite a few people who are outstanding in their senior age,” said Robbins. “Plus bowling is something that doesn’t take up too much time. When my wife jokingly calls herself a bowling widow, I tell her that I am only gone for a couple of hours. If I was golfing, I would be gone all day.”

Wambold, who never got into golfing, bowls three times a week. She enjoys the competitive juices that flow as she still has a 200 average, which is great at any age. She marvels at how a game that she used as just fun has now morphed into something so much larger.

“You have bowling being on national sports channels now. Plus you have kids, both boys and girls, who can get college scholarships for bowling and further their education. It is so incredible,” adds Wambold, who is a member of the Rochester and New York state bowling hall of fames.

Bowling has taken her to national tournaments in Las Vegas and other areas as well as winning her medals for her performance.

“I would tell people of all ages, but especially seniors, that bowling is something that you should get into immediately,” said Wambold. “It’s been one of the best things in my life.”

Maury May, 72, has been bowling since the eighth grade. He was off and on until after he got into college. Similar to Wambold, a friend of his got him interested. In his older age, he finds it clears his mind and keeps him in active shape.

Exercise is great for the health of everyone, including senior citizens. Seniors who exercise regularly will see many benefits. For one, regular exercise can help seniors keep doing the activities they enjoy as they age. Active seniors are protected from many chronic diseases like arthritis, heart disease and diabetes. Even those who already have these diseases can benefit from exercise, according to the National Institutes of Health. Physical activity also helps build balance which helps prevent falls. There are also mental health benefits for seniors who are physically fit, as exercise helps reduce stress. Exercising doesn’t have to be a chore  — it can be fun. Seniors can sign up for dance classes, yoga, tai chi, water aerobics, or even pick up gardening to spice up their exercise routine.

“When you get older, you often don’t have the energy you had years ago,” said May, of Rochester. “You need to do things that keep you active and this is a great form of exercise. Anything that keeps your body moving is a good thing.”

Joe Robbins of Rochester also points to the competitiveness and camaraderie. They often cheer for various NFL teams so the next day when they bowl on Mondays, they joke and make fun of the teams that lose. For these players, bowling is a combination of good conversation, fun and just enjoying life.

“Don’t be surprised if you hear some trash talking from just seniors,” added Robbins. “But you will also hear military guys talk about their war stories or people talk about their families. We all have common experiences. It really is a close group when you see each other every week and battle year after year. And you don’t always mind losing to a friend.”

Jack Curran, 93, of Gates, typically bowls on Tuesday, on a league filled with more than 100 seniors, including 21 hall of famers. Being one of the oldest men in the league doesn’t keep him from still being impressive on a bowling lane. On his league many senior bowlers easily surpass 190.

“This is something I have been doing since I was little and I continue to love it,” said Curran. “I enjoy going to senior tournaments, talking with the guys and just plain bowling. You really do miss it when you are not doing it and I refuse to just sit down and watch television in my older age.”