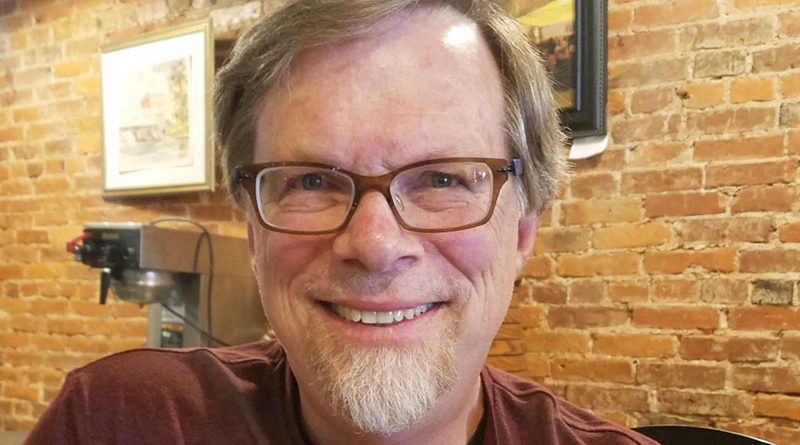 When David Seaburn’s father died in 1998, he felt compelled to write about his experience.

Writing about his father’s death helped him process the difficult emotions surrounding the grief and heartache that was churning within. In 2013, he put a version of his essay on his blog.

“When I was 48, I hoped my father’s death would teach me about dying. At 63, I think it has taught me mostly about living; that life is short but beautiful; that even though time is measured, there is enough, if you pay attention; and that everything that matters in life is here, now.”

Since then over 45,000 people have read his post, and he still gets emails from readers telling him that sharing his story helped them deal with the losses in their own lives.

Seaburn, 69, of Spencerport, is a blogger at the Psychology Today website as well as an acclaimed novelist. He is an ordained Presbyterian minister who served at a church in Bergen in Genesee County between 1975 and 1981.

He left full-time ministerial work for a career in the mental health field. In 1986, he took a position as an assistant professor of psychiatry and family medicine at the University of Rochester Medical Center (URMC).

After 20 years in this role, he left to become the director of the Family Support Center in Spencerport. He is retired now but is part of a team of psychologists and family physicians who coach physicians at URMC on effective physician-patient communication.

Seaburn’s latest book, “Gavin Goode” (2019 Black Rose Writing) explores how the friends and family of a man on the edge of death push through pain to cope with life’s uncertainties.

When asked where he got the idea for the book, Seaburn said it all began with a phrase that popped into his head one day:

He let this odd phrase rattle around in his brain a bit before realizing that it was actually the beginning of a novel. When he put pen to paper, he used it as the opening line in chapter one. The book focuses on a man named Gavin Goode who inexplicably finds himself in the hospital, and also inexplicably, unable to communicate with his doctors and family.

As the book unfolded, he knew that it wasn’t simply the tale of Goode’s brush with death. The book became a character study of the people in Goode’s life, too.

“Who are all these people?” contemplated Seaburn. “Whenever a tragedy happens, it’s not like it is the only thing going on in your life. There is still life happening. And sometimes there are serious and difficult things going on already. So, I wondered, ‘what were the challenging things going on in these folks’ lives at the time?’”

Each chapter of “Gavin Goode” is told from the perspective of a different character including his wife, son, daughter-in-law, a family friend, and a coworker. It’s a gripping drama that reminds readers that seemingly small, harmless actions can cause ripples that touch people even beyond one’s immediate circle. And that in the midst of great trauma, people still must move on with their lives, even if their steps forward are painful and minute. Yet despite the seriousness of the plot of the novel, the book doesn’t dive into despair nor does it leave readers hopeless.

Ultimately, it’s a character-driven story about living not only with life’s difficulties but beyond them into a place where light still dwells.

“Gavin Goode” is his seventh novel, and some fans say it is his best yet.

“He’s just knocked it out of the park with this one,” said Kecia Binko of Spencerport.

Binko appreciates the care and detail Seaburn puts into the characters in his books. “They’re very real, very relatable. You can see people you know in your own lives in his characters. They are very heart-touching kind of stories; they are very good and wholesome. Sometimes there are some things that are tough, but he writes in a way that just draws you in.”

Alan Lorenz of Brighton is a family doctor at the URMC who has known Seaburn since the 1980s when they worked together at the medical center. They co-authored a professional book and collaborated on a few academic papers for national conferences.

Lorenz said Seaburn’s experience with family therapy gives him a unique understanding of how people deal with difficult situations, especially in a medical setting. This perspective makes his characters realistic and easy for readers to identify with.

“Dave is a very good listener. He asks very astute questions and as a result of that skill, he’s always been very attuned to how stories evolve. His appreciation for people in general and how they make sense of their lives” is evident, Lorenz said.

Seaburn’s personal history of loss has also guided his fiction writing. When he was just 8 years old, his grandmother, who lived with his family, died. This first experience with death was a pivotal moment for Seaburn.

Before he was 16, he faced the deaths of 10 more close family members and friends.

“I think clearly that was a bedrock set of experiences that made me begin to worry about and think about time, how things are uncertain, and people die,” he said.

Those themes became important again as he stepped into his role as a minister and then as a therapist, helping people deal with difficult life situations. Now, as a writer, he explores these concepts through fiction.

“I think it would have been hard to write about other things than what I write about,” he noted.

Learn more about Seaburn and his writing at his website davidbseaburn.com. Goode is also available on audio from Beacon Audiobooks. Read his blog at the Psychology Today website by visiting psychologytoday.com/us/blog/going-out-not-knowing.

Photo: David Seaburn of Spencerport, is the author of “Gavin Goode,” which explores how the friends and family of a man on the edge of death push through pain to cope with life’s uncertainties. Photo by Christine Green.