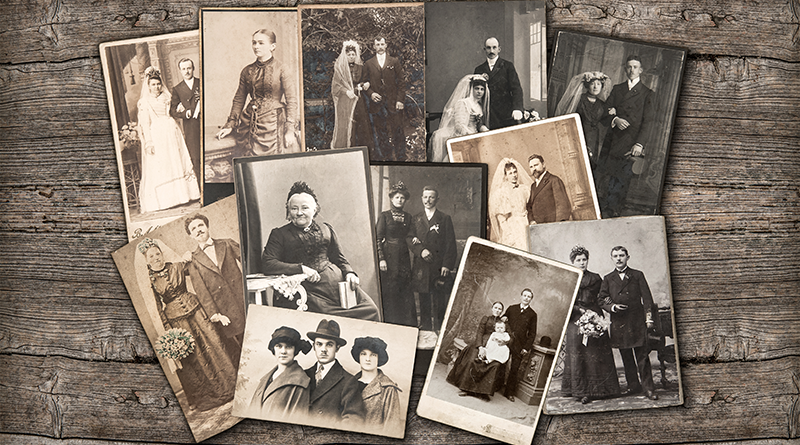 People around the world are taking home DNA tests, spending hours at archives, hiring genealogists and traveling to libraries to leaf out the most distant branches on their family trees.

Susan Moyer of Brighton gets emotional talking about her 30-year search for her biological roots. She discovered at the age of 16 that she was adopted, and she had to find out more.

“I always had a deep-rooted feeling that there was something, someone out there that I had to discover,” she said.

Brockport artist Kathy Weston’s mother disappeared in the 1970s after two residencies in state psychiatric hospitals. She hoped genealogical research could help find her. Growing up without a mom was hard and as she walked down the street, she’d look into the eyes of passing women and think, “Is that her?”

While some take on this kind of research to fill in the blanks about an elusive past, others want to flesh out the details about old family tales.

Mary Brzustowicz of Rochester heard the story of how Louis the XIII of France granted an ancestor land in Canada. Unfortunately, Cardinal Richelieu beheaded him in 1642.

Brzustowicz said there is “some undeniable draw to figure yourself out in the present by looking back.”

Patricia Decaro of Pittsford had plenty of family stories to research as well, but the unusual presence of genetic deafness among a startling number of ancestors presented even more questions. Decaro looked to DNA testing to provide an answer to this medical mystery.

The easiest and most economical approach to genealogical research is to begin with the many free resources available in the Rochester area.

Beverly Farley Eastman helps people at The Church of Latter Day Saints Family History Center in Brockport get started for free. She suggests beginning by filling out a family tree chart or “pedigree.”

Pedigree charts are available for free at the Family History Center or through an internet search. Once you fill out the chart to the best of your ability, you can start your search either online or at home.

Familysearch.org is an easy to use genealogy site developed by the LDS church, and it is free to set up an account. Researchers can also go to a Family History Center like the one in Brockport for one-on-one help.

The Monroe County Library’s Local History and Genealogy Division is another free resource for family research. Barb Koehler, the library’s genealogy specialist, has been interested in genealogy for years and spends lots of time helping patrons look into their pasts.

The library has access to federal and New York state census records, city directories, cemetery records, birth, marriage, and death indexes, as well as many other materials. In addition, Koehler runs a free monthly program that touches on a variety of subjects, including how to use genealogy websites.

One of the most popular genealogy websites is the well-known Ancestry.com. Home use of the service requires a fee but users can access the site for free at the local history and genealogy division at Rundel Library as well as at several branches including Pittsford and Ogden.

Patrons who prefer to work at home have free access to HeritageQuestonline.com if they visit the site via the library’s main website and enter their library card number. Heritage Quest links researchers to the federal census, maps, military records, and other resources.

If you know or suspect that an ancestor went to a particular school or was associated with another institution, try going directly to that establishment for information. Moyer eventually learned that before she was adopted, she lived briefly at St. Catherine’s Children’s Home in Albany.

She will never forget the day she knocked on the door of the home as an adult.

Seeing where she and the other children lived was emotional, and she could feel many untold stories reverberating through the rooms as she thought: “If these walls could talk… ”

But archival and vital statistics is only one path to the past. Just a little bit of saliva can tell a person about their ethnic heritage as well as provide information regarding genetic medical conditions.

Autosomal DNA testing looks at genetic material from one’s biological parents and is fairly easy to do. Companies like Ancestry and 23andMe mail testing supplies directly to the consumer who simply spits into a plastic vial and returns it to the company. In about six to eight weeks, a report is ready.

Filling in the blanks

What can all of this reveal about a person’s past? As it turns out, quite a bit.

Because New York state seals adoption records, it is very difficult if not impossible for most adoptees to learn about their biological family. This made Moyer’s search difficult. She had to search long and hard for over 30 years for any information that could lead her to a better understanding of the mother who left her at St. Catherine’s over 60 years ago.

“Everyone should have the right to know who they are, where they came from and who was involved. I was motivated because I am curious by nature and I was determined to find my biological family and if I had siblings, which was very important to me,” Moyer said.

Her research and DNA testing paid off. She has traced her biological family back eight generations through New York, Canada, and Ireland. She also found several siblings as well as the name of her mother who died in 1998. Moyer is working on a memoir about her search called “The Lonely Child.”

Brzustowicz learned that pretty much every Brzustowicz in the country is probably in some way related.

Weston found her mother who died in 2006 in a North Carolina state hospital.

Decaro discovered that many of her ancestors carried the genetic mutation Connexion 26 which is one of several causes of genetic hearing loss. She too carries the mutation but because it is recessive, her hearing isn’t affected. Additionally, she found a distant family connection to the infamous 19th century serial killer H. H. Holmes.

It’s one thing to know about your family history; it’s another to process it. Moyer said her discoveries completely changed her life and gave her a new perspective about the woman who gave her up in 1953.

“She must have done what she thought best for me. I am a person who believes in what is meant to be. I, for whatever reason, was supposed to go on this 30-plus year journey,” she said.

Decaro uses creative writing to process everything she has learned. In her poem, “Joy at the Edge of Deafness,” she writes: “I am supported from below by the roots of this great tree of deaf family — a tree of deaf roots holding up a strong trunk, and opening out to a nest of leaves.”