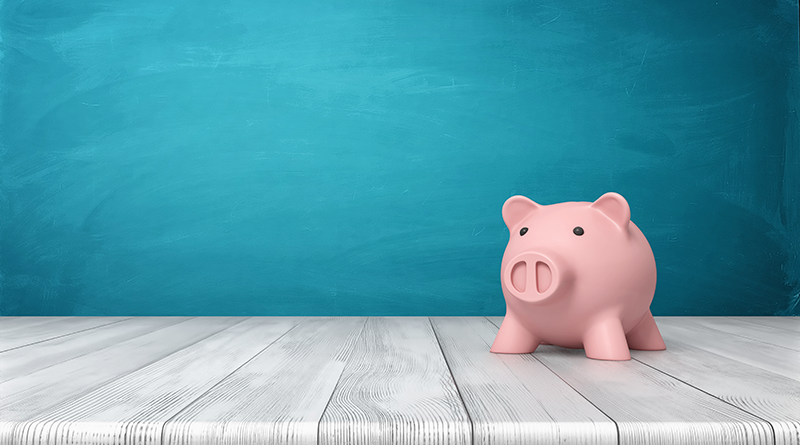 Parents who plan to gift their heirs with a financially stable future may want to fine-tune their strategy.

Over the next 30 to 40 years, baby boomers — in the United States alone — will pass an estimated $30 trillion in assets to their heirs in what economists are calling the “silver tsunami,” according to Fortune Global 500 management firm Accenture.

The bad news: About 70 percent of those wealth transfers are on track to slip through the fingers of first and second generation heirs who aren’t prepared to handle an inheritance, reports The Williams Group, a financial and wealth advisory firm based in California.

Worse still, one-third of those people who receive an inheritance are expected to have negative savings within two years of the event, another study found.

So parents who’ve spent decades working hard, raising kids, budgeting carefully and saving strategically may not be giving the gift of a solid financial future after all. They may instead be offering up a huge temptation to spend and splurge, rather than an opportunity to make smart financial decisions.

But there’s good news: Parents can re-adjust that trajectory.

“Some people don’t even tell their children what kind of money they’ve accumulated,” she said.

It’s possible they’ve spent a bundle on college, but have failed to coach future heirs on how to be fiscally responsible, she said. Then when that inheritance comes, beneficiaries may not make the best choices.

“Even if you’re highly educated, you might be spending the money as if you don’t know what to do with it,” DiMonda said. “A lot of people quit their jobs, buy a larger home, buy a couple of nice cars, and go on vacation. Some even decide to take all their friends on an all-expense paid trip.”

It’s essential to teach the next generation about what their parents have done to prepare for the future, she said.

“Include them in the planning discussion,” said DiMonda. “Educate them on your planning, your processes, what you’ve set up to insure [heirs] are set for a lifetime.

“Parents can set up trusts — it’s what’s called ‘control from the grave,’” she said. “They set up stipulations on how heirs are to handle their money. The goal is to make sure that children are taken care of long term as opposed to ‘here’s your inheritance. I trust you to handle it.’”

Trusts can state that funds will be dispensed at certain ages, like 30, 40 and 50, and that they’re able to receive money for special circumstances, like medical issues or a down payment on a home, DiMonda said.

Put it on the table

Another strategy is to have them take part in the process.

“Encourage children to go to joint meetings with you and your adviser,” said DiMonda. “When they receive their inheritance, that’s when they should also be talking to a professional, asking, ‘what do I do with these assets? How can I accomplish my goals?’”

Everybody’s goals are different, depending on whether they’re aged 20, 30, 40 or 50, she said. Are children’s futures at stake? Do elderly parents need care? A financial adviser can give options.

Will your descendants know how to handle their inheritance?

Three things that are essential for all adults, said DiMonda, are having a current will, naming someone to have power of attorney and naming a health care proxy.

“The two most important are power of attorney and health care proxy,” she said. “It’s important for anyone of any age, even if you’re going off to college.”

“How do you prepare kids for inheriting a large sum of money at one time?” he asked. “If parents are thinking about that in their 70s, 80s and 90s, their kids are probably in their 50s and 60s, and it’s too late. If they haven’t learned about good money management now, they’re probably not going to. The best time to teach them is when they’re in their 20s, 30s and 40s.”

Or better still, when they’re in school, he said.

For example, when they first receive an allowance, that’s the best time to teach the importance of setting priorities within a simple “budget,” plus setting some money aside to save for an important future goal. Extra rewards for special duties or projects can leave a lasting positive impression, he said.

Teach them how to practice good household budgeting, investing, retirement planning, insurance, taxes, charitable giving, how to read a pay stub and balance a checkbook, and what role money should play in our lives, he said.

“You’ve got to bring the kids into the information loop,” said Terwilliger. “Tell them what you’re doing and why you’re doing it. Help them understand.”

Parents would do well to teach their children how to avoid unnecessary debt, apart from purchasing a home, he said.

“Don’t be carrying a credit card debt,” said Terwilliger. “Pay it off every month. Learn to live below your means — don’t live paycheck to paycheck. That allows you to set money aside for charity and savings and gives all sorts of flexibility if an emergency comes up.”

When children start working, parents should have them start a Roth IRA, or start putting money aside for retirement, he said.

“It’s so important to teach them when they’re young,” said Terwilliger. “If you do this well, those are habits they’ll carry into their adult lives. But if people haven’t learned to manage money in their lifetimes, they’re not going to learn it when they’re 50.”

Bottom line: “Train your kids or grandkids the right way,” said Terwilliger. “But if all indications are that they’ll blow it, set up a trust.”

Be Wise With Your Funds

• Make wealth a family discussion. Let them know now, rather than later, why financial security matters and how you would like them to use your money when you pass away. For example: college, retirement, establishing a foundation, family vacation

• Focus on values, not balances. It’s not how much they’ll inherit, it’s about core values, like giving to those in need, animal rescue, serving refugees

• Establish a clear purpose for your wealth. Stipulate that those funds must be used as intended so they won’t go to waste.