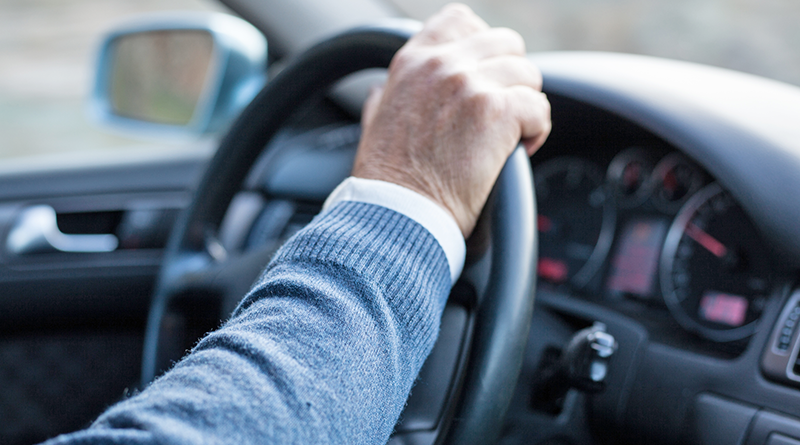 Mom doesn’t drive anymore because of health issues and Dad is still behind the wheel — at 87. But is it safe for him to drive? The tough decision a family has to make

Back in the 1970s, my mother was taxed with the task of teaching us six kids to drive.

This was more due to the fact that our father was busy traversing the world as a Kodak executive than any innate driving ability on her part. If there was a discussion concerning driving lessons, I imagine it was pretty one-sided, with Dad, the busy breadwinner, winning out.

I have vague recollections of Mom teaching my twin sister and me to drive. She never yelled or panicked, but she did clutch the handle on the passenger side door on a regular basis. Frankly, I don’t know how she managed to find the time to take us driving with everything else that was going on. Most likely it was due to a fair amount of whining on our part.

I do remember that she left it to Dad to teach us how to drive on the expressway.

Lesson one of expressway driving involved learning to rely on the rear-view and side-view mirrors, a skill I had somehow failed to acquire while driving with Mom.

When I neglected to check both mirrors before backing out of our driveway, Dad yelled, “You just ran over Mrs. Paley’s baby!” I was frozen in fear, until I realized Dad was using this hypothetical crisis to teach me about blind spots.

As I gingerly turned onto Clover Street toward Monroe Avenue and the entrance of 590, Dad nagged me repeatedly to look in the mirror, asking me to identify the color of the car behind us.

A few miles later, I was driving up the entrance ramp, my heart in my throat. Dad yelled at me to step on the gas, to speed up. This was totally contrary to the type of directions I had received from Mom, but I did my best to comply. It was much later that I understood why — Dad was teaching me how to merge with the flow of high-speed expressway traffic.

During our early driving years, Mom was the keeper of the keys to our 1970 Ford LTD faux wood-paneled station wagon, which transported us to doctor and dentist appointments, school, sports, social engagements and work. Six kids in three different schools led to a logistical nightmare — my sister Joyce and I attended Mercy High School; Greg and Wally went to McQuaid and Patty and Paul attended St. Louis in Pittsford.

On any given day, Mom might be picking up a kid after school at St. Louis, driving another to work in Bushnell’s Basin, and yet another to Bill Wahl’s in Pittsford. She also managed to maintain an active social life that included bridge, volunteering and golf at Wildwood Country Club in Rush.

Eventually, Mom realized that having multiple drivers in the family could free her from the mundane task of transporting various kids to various places. She would often bum a ride to Wildwood with one of her golfing friends and leave it up to us to figure out how to get one of the boys to hockey practice at the Skating Institute of Rochester without making one of us girls late for work.

I remember heated discussions amongst us siblings about who was driving whom where and when, but somehow it always worked out — most likely because we learned to adapt. Greg and Wally regularly hitchhiked home from school; the rest of us resigned ourselves to waiting for a ride — sometimes hours after practice ended.

We got by with the family station wagon until it was totaled in 1976. My brother Walt was driving some friends home late at night when a drunk driver hit them. Fortunately, no one was seriously injured.

I forget what model the LTD was replaced with, but Mom got her wheels back in 1980 when the last kid went off to college. She enjoyed decades of driving until my siblings and I realized that due to declining health it was no longer safe for her to be behind the wheel. Thankfully, Mom realized that it was the right decision.

Today, my 87-year-old father is stooped and frail, his once broad shoulder blades protruding like those of an emaciated water buffalo.

He drives a cream-colored 2006 PT Cruiser with 58,000 miles and a few minor scrapes and dents.  It’s becoming increasingly clear Dad’s driving days are numbered. Recently, he had a terrifying encounter with a motorist on 390. Realizing (perhaps a bit late) that he needed to merge into the adjacent lane due to road construction, Dad turned on his “flicker” and desperately steered left, most likely cutting off a car in his blind spot and nearly causing an accident. The enraged motorist laid on his horn for 15 minutes, closely following as Dad exited, and fueling fears that he was going to call the police with Dad’s license plate number.

When to hang up keys

It’s difficult to determine when a loved one should stop driving. When we recently upgraded Dad to an enhanced driver’s license so he could travel through Canada with us, he could easily have renewed his license for an additional 8-10 years, based on an eye test alone.

Following a recent hospitalization, I asked Dad’s physician if it was safe for him to drive. The doctor said he could not answer that question; instead, he recommended that we check with the Department of Motor Vehicles.

Here is the DMV’s response to my emailed inquiry regarding this issue: “A senior can voluntarily take a road test. Usually a doctor fills out a DS-6, Physician’s Request for Driver Review. Request for Driver Review DS-7 can be used by a person who is not a physician or a police officer to notify the DMV of a driver who has a possible medical condition that can affect the safe operation of motor vehicles.”

The form warns that, “The review may lead to the suspension or revocation of the license of the person you are reporting.”

To most Americans, driving is an inalienable right. It represents freedom and independence, and the thought of relinquishing it is devastating.

Because there are no regulations or mandatory driving tests for the elderly, it usually falls to families to decide when to broach the subject.

Often, the decision means family members must assume the responsibility of transporting their loved ones to doctor appointments, the grocery store and/or social events.

Paid medical motor services can be expensive. Though some nonprofit organizations may assist with transportation to medical appointments, they are subject to the availability of volunteers.

As tough as it is to accept, knowing when it’s time for a loved one to surrender his or her right to drive is one of the most important lessons aging parents and their adult children can learn.

Janet Olexy is a former high school English teacher and a writer for a local free weekly newspaper. She lives in Mendon with her husband Tony.