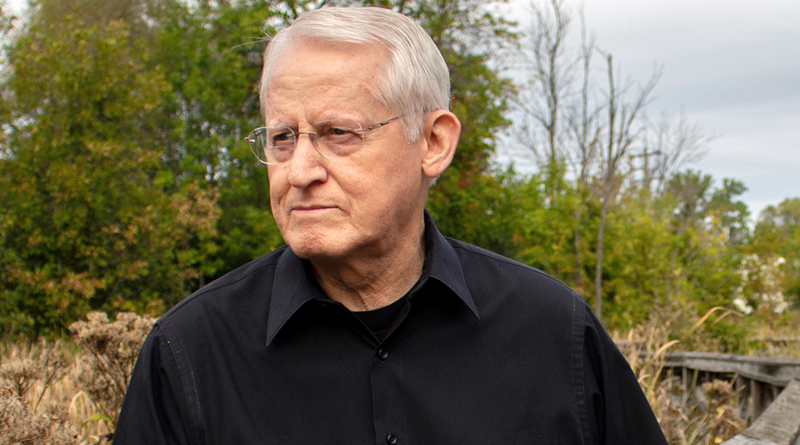 History has always served as a guiding north star in the life of George Rollie Adams. Whether it was his collegiate career, post graduate professional development or simply outside hobbies, it often struck a chord in his life. The history of America, the history of national landmarks, the history of toys and the history of social issues all served as valuable interests in his path as an author.

“History is engaging, and it’s important not only for understanding where we have been, but also where we are going, and it has so many layers that I just gravitated to it,” said Adams, a former history teacher and the former president and CEO of The Strong National Museum of Play in Rochester.

“After I retired from the museum, I thought it was time to marry some of my personal history with the history of our country.”

His new book, “South of Little Rock,” a historical novel, takes the reader through a small town in southern Arkansas as the community deals with segregation and social change in 1957. Adams, a writer, educator, historian, and storyteller, sets his 390-page story in fictional Unionville. “South of Little Rock” unfolds amid the social unrest spurred by Gov. Orval Faubus’s decision to resist the desegregation of Little Rock Central High School, creating a national crisis and forcing President Dwight Eisenhower to send federal soldiers to Arkansas.

“When I decided to retire, one thing I didn’t want to do is retire my writing,” said Adams. “I knew that continuing to write would give me joy and I knew I had more topics I wanted to write about. I thought about writing another biography, but I didn’t want something that would take that long to research and complete.”

After brainstorming, Adams decided to do what most fiction authors have said makes for their best work: write something that you have a personal connection with. That took him back to his childhood. He had an unique perspective of growing up in the south while spending most of his professional career in the north. With a combination of degrees in English, social science education and American history, he used his love of all three to create a book that is close to his heart because he grew up in a community similar to the one he wrote about.

“I wanted to write something that would be engaging and meaningful,” said Adams. “It had to be a novel with an important message and topic that needed to be addressed. I wanted to address this lingering problem in our society and talk about integration directly.”

The book centers around Sam Tate, a councilman, merchant, and widower who tries to navigate his family through the trying times, putting him at odds with the town’s newspaper editor and several outspoken opponents of integration. Tate finds surprising allies and companions, including a hard-headed woman teacher recently arrived from the north, as he works to teach his children right and wrong in a town where the likelihood of change pits its citizens against each other, and where the threat of social violence always hovers.

“’South of Little Rock’ is remarkably relevant to the issues of today,” says Charles Phillips, coauthor of “What Every American Should Know about American History.” “Through vivid descriptions and intelligent dialogue, it explores the racial tensions of the 1950s south in a way that speaks to a modern audience.”

And while writing about race can be a delicate tightrope, Adams wanted to create a nuanced book where the characters were not cliched and lazy archetypes. He said while most whites in the south in the 1950s and 1960s were either opposed to integration, or uncomfortable with it, everyone who held those views wasn’t a Ku Klux Klan member. A lot of whites who held those views were able to realize even then that their beliefs were wrong.

“Growing up in Arkansas and later teaching there, I saw and heard firsthand the arguments for and against social change, and I saw how the coming of it heightened tensions between the races and among people who held diverging views,” said Adams. “But I also saw ways in which social change brought people together, how it caused some to see in new ways, and how it gave hope to many. That’s the spirit I tried to capture in ‘South of Little Rock,’ and it’s something we all can use more of today.”

There have been plenty of books that shine a light about social justice through a fiction lens from the classic “To Kill A Mockingbird” to young adult books like “The Hate U Give,” which have turned into major motion pictures.

“We still have too many social issues in our country to remain quiet about them,” said Adams. “A book can make a difference if captures even one person’s attention, whether it’s fiction or nonfiction. And right now, we can’t have too many books attempting to do that.”

Regarding his latest venture, other authors have applauded Adams’ efforts.

“Adams creates realistic characters and dialogue like a master playwright,” says Don Daglow, Emmy-winning author of “The Fog Seller.” “His ‘South of Little Rock’ story is driven by the unique and multi-layered residents of Unionville, making its grand and important themes seem personal, and intimate.

A life of history and love of family

After his high school teaching career, Adams worked for the American Association for State and Local History in Nashville, where he managed national museum training programs and crisscrossed the country researching potential National Historic Landmarks for the National Park Service. During that time is when he co-wrote a book detailing the history of Nashville as well as co-edited several essays on social history. Later, he served as executive director of the Buffalo and Erie County Historical Society and as director of the Louisiana State Museum in New Orleans. In conjunction with the latter position, he was also an assistant secretary for the Louisiana Department of Culture, Recreation, and Tourism.

As president and CEO of The Strong National Museum of Play in Rochester, from 1987 through 2016, Adams led the development of the world’s first collections-based history museum devoted solely to the study of play and its critical role in learning and human development and the ways in which play illuminates cultural history. While in Rochester, he founded the American Journal of Play in 2008 and was its editor-in-chief until his retirement from the museum. The publication looked at the avenue of play in learning and human development. Also during his time in Rochester, he completed a biography of General William S. Harney, one of the best known military figures in 19th century America prior to the Civil War.

In addition, much like his love of history, his personal life has also been filled by a supporting and loving family.

“My wife, Diana, and I have three adopted daughters, each from a different part of the world — one from the United States, one from South Korea, and one from China,” said Adams. They are all in their 20s now and all still in the Rochester area. They have been a joy to us, but more than that, they have deepened the appreciation we already had for cultural diversity and the need for greater tolerance of individual differences and learning styles.