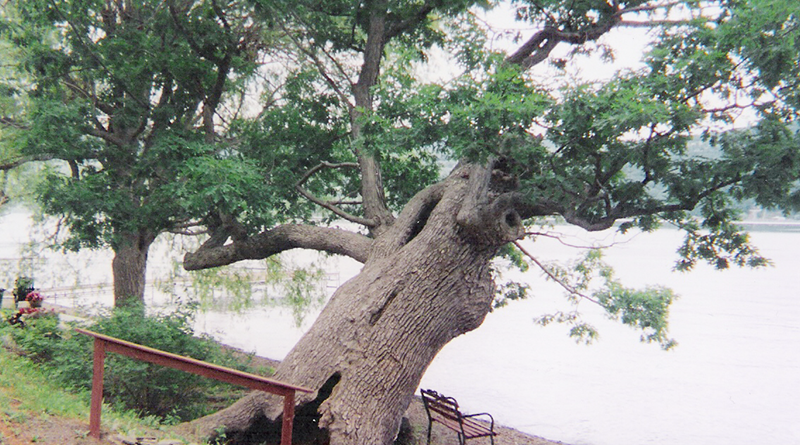 Woodworker becomes one with his medium

Jan Wiedrick-Kozlowski’s family has always had an iconic 300-year-old oak tree on their property on Canandaigua Lake.

It had a beautiful big hole in it, and with the backdrop of the water, everyone stopped to look at it. Unfortunately, it went down in a storm a couple of years ago and they were all heartbroken.

They didn’t know what to do, so she grabbed some wood and remembered a man by the name of Chuck Willard that she met.

“Chuck is an incredible artist and I first saw him at the Rochester Museum and Science Center’s Holiday Bazaar,” said Wiedrick-Kozlowski of Greece. “He made such wonderful lampshades and lamps out of wood in such beautiful shapes that followed the grain of the wood, like watching a creek meander through the woods. Very few artists can make the wood into such beautiful shapes where you see the grain of the wood, but it lets light through at the same time.”

Growing up on a farm and making items from wood just became part of Willard’s life. It wasn’t something he felt would ever be a profession; at most maybe a hobby. After retirement, that has changed as Willard has slowly decorated many Upstate New York homes with some of his fine-crafted wooden lamps and crafts.

“I just viewed it as something that kept the day going on the farm. I would have never saw it as something I would be doing as much as I am doing now,” said Willard, 78, of Rush.

One day, he decided to take a log and turn it into a pottery bowl. Soon after that he began doing bigger projects. He saw the beauty of nature’s creation and turned it into useful and functioning art.

The process of creating the pieces can be complicated to the layperson. However, Willard explains it as simply having a machine where you place the wood in to spin and shape. Whether you want a simple cheese and cracker bowl or a more creative translucent lamp, his creations run the gambit.

“I enjoy making beautiful things that people can like,” he added. “When they see beauty in the things I make, it makes me appreciate the work even more.”

For Lori Merrill, the craft she received from Willard had an immense special feeling. He made bowls from an old tree that had fallen in the Warsaw Cemetery a few years ago. That tree had sentimental value because it existed before her childhood and her family had always loved that huge, old tree.

“I contacted him by email and he sent pictures of different items he had made from that tree. I absolutely love his work and have since purchased many items,” said Merrill, 61, of Warsaw. “He is a true craftsman and I admire that he lets the wood speak to him in the direction the wood piece should go.”

Merrill said she could feel the generous nature of Willard and his wife when they first met.

“They graciously invited my friend, Charlotte, and I into their home for a tour as well as his workshop,” said Merrill. “Chuck is very friendly and easy to work with. You just have to suggest a general idea of what you want — a bowl, vase or saltbox — and he creates a beautiful wood piece. He always sends a picture of the completed item with the option to purchase or not — no pressure ever.”

“It seems he becomes one with the piece of wood. It is awesome to see how each piece of wood speaks to him as he creates a one-of-a-kind work of art from each piece. He is truly a gifted artisan and a true gentleman.”

Not just a woodworker, Willard has eyes to make writing his passion as well. He will soon have a blog titled, “Through Alice’s Looking Glass,” a look back at the 20th century through his mother’s eyes, recreating the outlooks, experiences and environments of those who lived through the 20th century for the people of today.

He is also working on a trilogy that starts after World War I on an isolated New Mexico ranch.

“Writing is something I always enjoyed,” added Willard. “My mother was a teacher and she always had a love of words and grammar. She is the original reason why I have an interest in writing.”