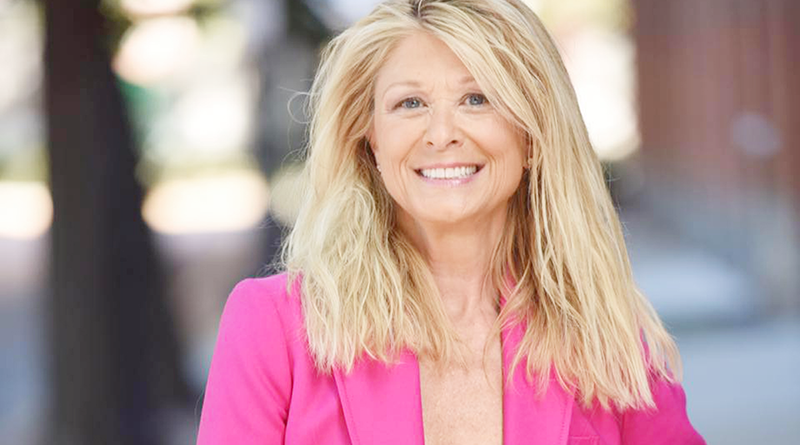 Dee Dee Williams of Canandaigua has worked in Ecuador, Guatemala, Morocco and other countries building homes, serving in orphanages, daycares

At 57, Canandaigua resident Dee Dee Williams is living the dream — at home and in Ecuador, Argentina, Guatemala, Costa Rica, Morocco and wherever the wind takes her.

But it’s not glamorous destinations that call her name.

It’s the third and fourth world country orphanages, daycares and Habitat for Humanity building sites that have captured Williams’ heart.

“I started volunteering very young in my life,” she said. “Working at the Newark Developmental Center when I was 14 gave me my first taste of doing something good.”

At a personal crossroads in 2013, Williams found herself contemplating divorce and considering how she wanted to spend the next chapter in her life.

It didn’t take long for an answer, and in 2014 Williams booked a ticket to Costa Rica to spend five weeks volunteering at a government-sponsored daycare. She worked alongside people aged 18 to 70, all at different stages of their lives. Together they served five days each week in exchange for housing, security and transportation.

On the weekends Williams went exploring, because “that’s really what gives you the sense of what the world is like,” she said. “It’s the way you experience the full flavor of a destination.”

Enough so that in October of that same year, Williams boarded a plane to Morocco for a four-week stint at a government-sponsored orphanage and daycare for toddlers and disabled children.

“It’s interesting,” said Williams. “You have the highest of highs, like seeing a little boy getting adopted.”

She’d met little Yousif the day before, played with him and watched as he rolled over for the first time. When she returned to care for him the next day, he was dressed up to meet his new adoptive parents, and then gone.

At the other end of the spectrum is the tragedy, she said.

“I watched one of the disabled children die,” she said. “You get to witness the greatest opportunities, and then care for someone at the end of their life.”

Although she’s there to serve, Williams says she’s the one who receives so much.

“The look on people’s faces when you offer comfort — there’s nothing like it,” she said. “When you’re building someone a home that they’ll have for the rest of their life, you know that makes an impact. They now have shelter, security for their family.”

But volunteers come and go every day, she said. The people she serves will see hundreds of volunteer faces in their lifetime.

“They won’t remember me, but I will remember them,” said Williams. “That’s what brings me joy at this stage in my life. Knowing I have an opportunity to make a difference.”

International volunteer trips are hard work, and “you have to go in at the top of your game,” she said.

“They’re fourth world countries,” said Williams. “It’s easy to pick something up [that could compromise your health] — you’re working in remote areas.”

The 57-year-old works hard to keep herself fit. Part of it’s to maintain a healthy immune system and be able to fight off illness. But there’s a pride factor in play as well.

“If I’m working side by side with 20 year olds, I want be able to pull my share of the load,” she said. “I’m not going to be the last one carrying concrete blocks.”

So in addition to caring for children, Williams has learned to work with rebar, pour cement, swing a hammer and paint.

“The first time I worked with Habitat International it was in Guatemala,” she said. “Seven of us had to move 1,600 cement blocks by hand.”

“A lot of churches do missions trips to different parts of the world,” she said. “And sometimes things just pop up.”

And she likes to jump in and immerse herself in her surroundings.

“It’s hard to get a feel for something if it’s short-lived,” she said. “Usually go a week in advance and get a lay of the land.”

On one recent trek, Williams hopped on Trip Advisor and hired a guide who picked her up at the airport ahead of her volunteer experience.

“It gave me the sense of what I was getting into in the country,” she said. “I ended up going on an overnight camel trek five miles from the Algerian border.”

In May 2016, Williams went to Argentina to work with Habitat for Humanity International. In early 2017 she was supposed to work in Tanzania, but got sick. She’d also planned to climb Mt. Kilimanjaro after her volunteer stint, but “will have to do that next March,” she said.

“Time’s ticking,” said Williams. “I’m on the backside of my life. Every moment I try to make it count for something. So fulfill your life to the fullest. It’s going to be over in a flash and there’s no more ‘wishing I had’ done something.”

Each person has the power to change his or her corner of the world, she said, but “we all have to do our part.”

“I think we forget that,” Williams said. “We’re watching the world fall around us, just trying to get from point A to point B.”

“They won’t remember me, but I will remember them. That’s what brings me joy at this stage in my life. Knowing I have an opportunity to make a difference.”

There’s no time like the present to become more aware of what can be done to assist people, even in your own hometown, she said.

“You get back so much more than you could ever have dreamed of,” Williams said. “I’ve met some tremendous people in the last couple of years. You hear people’s stories. It’s really been a gift that I’ve gotten.”

Trips overseas — they’re not free. The volunteer has to bear the weight financially.

“But it’s money well spent,” Williams said. “You can’t buy that kind of peace of mind when you’re doing something worthwhile.”

In addition to taking one or two international volunteer trips each year, Williams has also launched a new modeling career, is acting in commercials and — believe it or not — is taking classes in improvisation, standup comedy and voice-over recording.

“My life is only going to be enriched by the experiences I choose to let in,” said Williams. “It gives you such a different perspective, and it’s an opportunity to give back.

“We’re not all Oprah, but you know what, we can all do something.”