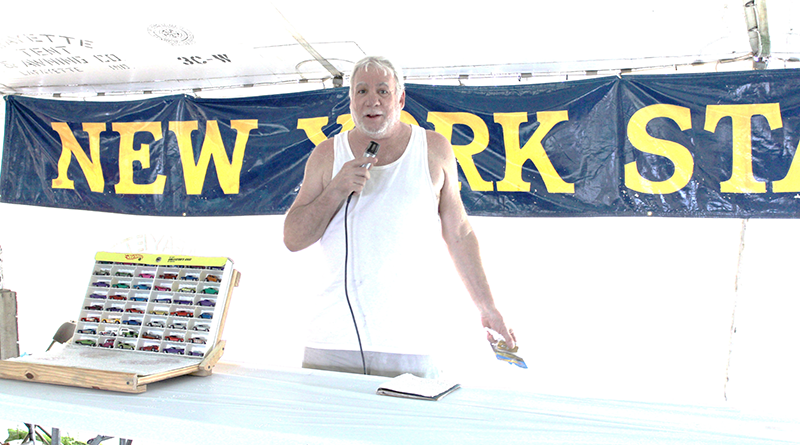 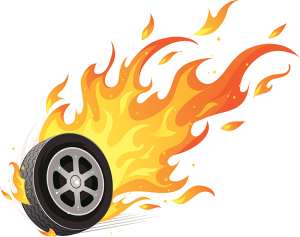 Richard McKee of Geneva has two granddaughters, but his 500 Hot Wheels model cars aren’t for the youngsters’ playtime.

It makes sense that the tiny, detailed cars would appeal to McKee — he has worked as a mechanic and tow truck driver. Double knee replacement made that kind of work difficult, so he now works part-time in the automotive industry as a detailer and at Hobart and William Smith Colleges serving food.

He enjoys public speaking on Hot Wheels’ history at events such as Empire Farm Days in Seneca Falls, where he also sells some of his less valuable cars. At a three-day show like that, he sells around 600 of them. McKee has collected Hot Wheels for five years.

“I just started buying vintage toys and started buying the newer ones in bulk because I like muscle cars,” McKee said. “Then I saw the vintage ones.”

Over time, he began to recognize signs of better quality cars, such as the presence of original packaging, lack of nicks from play and handling, no attempts at restoration — nearly always a no-no in the antiques and vintage business — and the various indicators of rare cars.

“I look for overall shininess and clean wheels,” McKee said. “If they’re worn out, they’ve been on the track a lot, that takes away from their value. The paint starts turning dark in spots, I think due to sunlight or maybe a bad day with the paint. I’ve seen ones with tiny flakes coming off and it’s not necessarily damage.”

McKee learned about Hot Wheels collecting through his experience in researching on eBay and he also picked up tips from the North Carolina Hot Wheels Association website (www.nchwa.com).

The first 10 years of Hot Wheels’ production are known as “Red Lines” because of the red lines on the tiny wheels. Newer cars have solid black wheels.

“They wanted the cars to look authentic with the Red Lines,” he said. “After that, they went to basic wheels, also called black walls.”

For some models, unusual colors such as brown or pink make them worth more. McKee said that Hot Wheels liked to issue some cars in colors they felt would appeal more to girls. As with actual cars, prototypes that were never produced are also very valuable. McKee said a pink Volkswagen bus prototype sold for $150,000 and represents the most valuable Hot Wheels sold.

McKee said he has spent about $20,000 on older Hot Wheels, cases and tracks. He also purchases newer cars he doesn’t intend to keep but to sell at a profit. The most he has spent on a single car was $400, but that’s chump change compared to collectors who happily put down $3,000 or more for a single rare Hot Wheels car.

“When I start to liquidate it, I’ll get all my money back and likely more,” McKee said. “I bid what I’d like to pay and I get outbid nine out of 10 times. That’s how aggressive bidders are.”

Although McKee’s first issue car set is 50 years old this year, he wants to keep them until the value increases more.

“It started as a hobby and it’s turned into an obsession,” he said. “I’m not in danger of losing the house, but any extra money goes into cars.”

So How Did Hot Wheels Get Hot?

Richard McKee explained that it all started when a Mattel executive, Elliot Handler, watched his child play with a toy car. The tiny car offered so much playtime pleasure, despite non-functional wheels. He thought that a model car that rolled smoothly and that looked like a real-life car could be a hit for the toy manufacturer.

Handler wanted to develop a toy for boys to match the success of the doll his wife, Ruth, helped develop for girls, Barbie.

When Handler saw the first prototype, he said, “Those are some hot wheels!”

A brand was born. Mattel made 16 muscle cars in 1968, now called the “Sweet 16” by collectors. Matchbox cars cost half as much, but children loved the fact that the cars rolled and boasted details that looked like dad and mom’s car — or at least, the cars their parents wanted to drive.

McKee said that if the model cars were full-sized, they would go about 300 mph. Hot wheels, indeed.