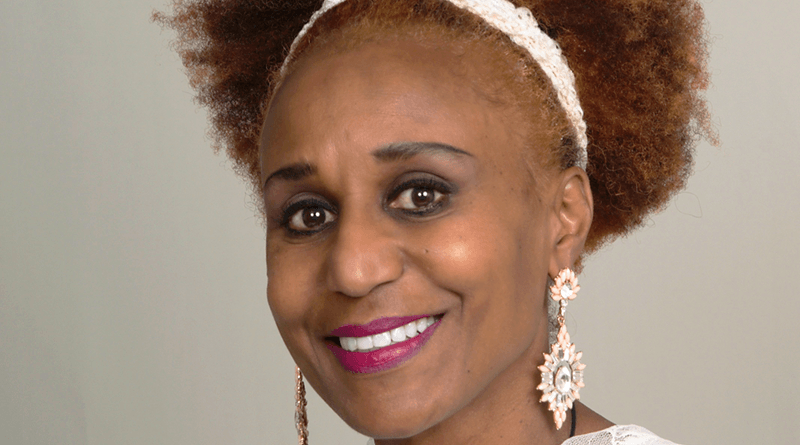 If there is a word to describe Lillian Knight Faison, it would be “energy.”

As a nurse, a clown, a runner and a leader with Toastmasters,  Faison has to be energetic to get through her busy days.

But she doesn’t see all she does as an energetic feat; she just sees it all as part of the rhythm of her days. “I go with the flow of life,” she said with a bright smile broad across her face.

Faison, 59, has lived in Rochester since she was 6 years old when she and her mother moved here from Sanford, Fla. She graduated from the Rochester School of Practical Nursing in 1978 and as a new graduate, worked at the Jewish Home of Rochester on St. Paul Street.

Dyann Steven-Scott of Webster first met  Faison when she was helping orient her to her new job.

“She was so full of energy. You know when you meet a person and you can just see that light? She was so compassionate. She treated every new patient like it was her first experience. She was a really big role model for the staff and here she was the new grad. She was a delight to work with,” Steven-Scott said.

Faison enjoyed her work as a nurse, but one day she saw a poster seeking recruits for the Rochester Police Academy. There was decent money to be made and free training. Always up for a new adventure,  Faison decided to apply. “It sounded exciting and I had nothing to lose,” she said.

The academy training was a challenge, but she was up for it. Being a cop in Rochester was difficult at times, especially since she was one of only a few women on the force. But despite the challenges,  Faison valued her time with the RPD and liked sharing her day with her mother after work. “It was different and it was exciting every day,” she said.

During her tenure as an RPD officer, she volunteered at 103.9 WDKX Radio, the first black-owned radio station in Upstate New York. It wasn’t long after she left her job with the police department that she became sales manager for the station.

“I was really energized at a place with African Americans doing something. I loved him [founder Andrew Langston], I loved the radio station, and I loved his wife,”  Faison said.

She stayed with the station for eight years and during that time, she also earned her real estate license and worked as a real estate agent for a time. Today,  Faison is back to her first love, nursing, in geriatrics and rehab at St. Ann’s in Rochester.

But  Faison doesn’t just have a diverse career background; her hobbies span the gamut, too. Her role in Toastmasters International is perhaps one of her biggest loves. When  Faison worked at WDKX, she would often accompany co-owner Gloria Langston to her local Toastmasters meetings. After a while of going just as a guest, she became hooked and became a member in her own right. That was 28 years ago. Since then, she has served as the central division director of club growth and program quality director for district 65.

Step up to podium

Today,  Faison is the Toastmasters District 65 director and her region includes Western and Central New York and includes over 2,000 members.

Faison said writing and evaluating speeches, participating in contests, and learning about the community is full of excitement for her. “I just find that there is an adrenaline rush to see if your mind and your body can perform when you’re in front of people,” she said.

Fellow Toastmaster Ellen Pieklo of Hornell said, “The idea of Toastmasters is really empowering people to become their best selves, tell their best story, and be the best leader they can be.”

Faison and Pieklo said Toastmasters is for anyone and can hone one’s workshop skills, speech writing, and public speaking.

Speeches span a variety of topics, but  Faison enjoys making people smile when she is presenting. “I like to have humor in my speeches.” she noted. “But I also love to give a message about love, getting along, or the miracle of life. People learn a lot through laughter.”

As a leader in the club, her warm disposition and organizational skills keep her on top of her game. “She’s able to delegate,” Pieklo said. “She’s able to empathize with people and those who are having challenges. She works very closely person-to-person to get to know what motivates them. She’s enabling them to be their best selves. She’s very much a spiritual person who gives her heart and soul to the organization.” 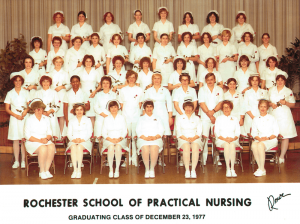 Her community commitment extends beyond Toastmasters, and she takes that need to make people laugh one step further when she makes herself up as the clown, “Sunny Hope.”

Faison graduated from clown school on April 1, 2014 and now volunteers with other clowns in the group, Grease Paint Alley, Inc.

“I just love dressing up, and I love bringing happiness. It keeps me healthy, mentally,” she said.

Faison’s “Sunny” persona is a “girly” clown and she has several skirts and wigs stored at her house in addition to clown makeup and other props.

“I have to shake it up, and I have to keep things fresh. That’s my life,” said  Faison about her varied and busy day. But through it all the underlying theme of throughout her life — whether it be in a nurse or cop uniform, clown makeup, jogging clothes, or fancy dress for a Toastmasters event — is service to her friends and community.

Steven-Scott sums up Knight Faison’s personality and devotion to those around her:

“She’s a true spirit and she speaks from her heart. And people know they’re getting Lillian when they hear her speak and when they see her. She’s a true and honest person. What you get is exactly who she is. You can always count on that girl!”