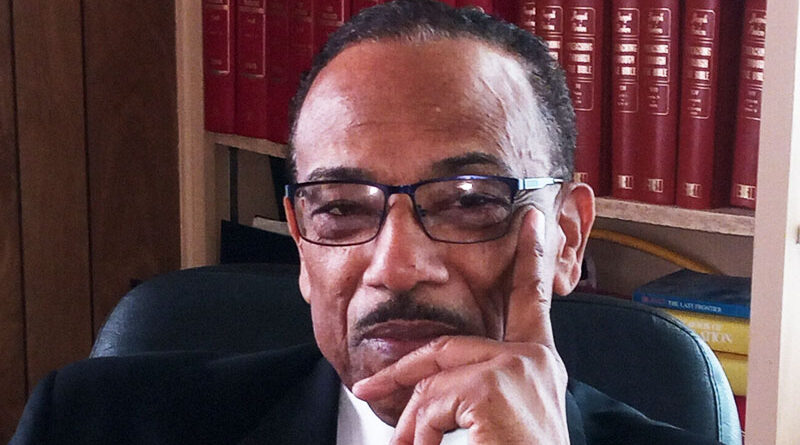 Q. How was the United Christian Leadership Ministry founded?

A. The UCLM was founded in 2013 by a group of African American clergy who felt there was not a collective voice for social justice speaking on behalf of the Black community. We have really grown this year. Our members are diverse: Black, white, Latino and anyone with a love of social justice.

Q. What do you and UCLM want to say about the alleged murder of Daniel Prude?

A. We are living in some critical times. We’ve got to get this straightened out. Our community needs to heal. If we don’t deal with this festering cancer then it’s going to persist until it results in more death. People are talking about defunding the police or abolishing the police. We’re not for either one. What we are for is a third alternative called re-allocation. We want the re-allocation of police officers so they can go back into training. We have to make them more sensitive, more humane to the public they serve, especially when they’re dealing with Black and brown people.

Q. Has any progress been made in police-community relations?

A. No, we have not made progress. The only progress we have made is that now we have body worn cameras that shed technological light on Daniel Prude’s death. If it wasn’t for UCLM and its allies demanding that the city outfit officers with body worn cameras we would not have known the inhumane way that Daniel Prude was treated. It would have been a complete cover up.

Q. What other measures are UCLM proposing?

A. We want a three-person citizen’s panel to interview police candidates before they are hired so the community is involved in the hiring process. We need to find out if they are a good fit for the culture and ethnicity of the community they’d be hired to serve. We also want 60 hours of mandated racial injustice education and training for police agencies across New York state.

Officers should have mandated mental health exams on a yearly basis. Officers see a lot of things in the community on a regular basis. They become traumatized by it. They keep it in but it comes out in a high rate of divorce, a high rate of suicide and a high rate of alcohol and drug addiction. We must have this.

We also need to push qualified immunity. A cop can’t be sued for what he does, just the municipality. Cops would be on much better behavior and act more responsibly if they could be sued.

Q. What role do you see yourself playing in race relation issues?

A. For me, social justice is a biblical mandate. Micah tells us to carry out justice and to love mercy and to walk humbly with your God. That’s what I’ve been trying to do since I was 17 years old. Being Black means you’re impacted by white society. We have been marginalized by racism. You don’t make changes by hate but by being true to yourself and your calling. Some changes take a lifetime to make. I have a global ideology interconnected with my biblical theology. I see my role as a bridge builder not as a bomb thrower, not as a nihilist, not to bring chaos but to build the beloved community that Dr. King talked about. I’m a liberationist and a liberationist seeks the liberation of all people. I’m going to stick with it as long as I can because we’re in deep trouble, my friend.

A. Our issues here are a microcosm of what’s going on across the country but I feel Rochester is in a unique situation. Between the work of Fredrick Douglas and Susan B. Anthony and the Black Church Studies in the civil rights era, we have done a lot of innovative things here in Rochester. We can be a hopeful paradigm here for other communities to follow.