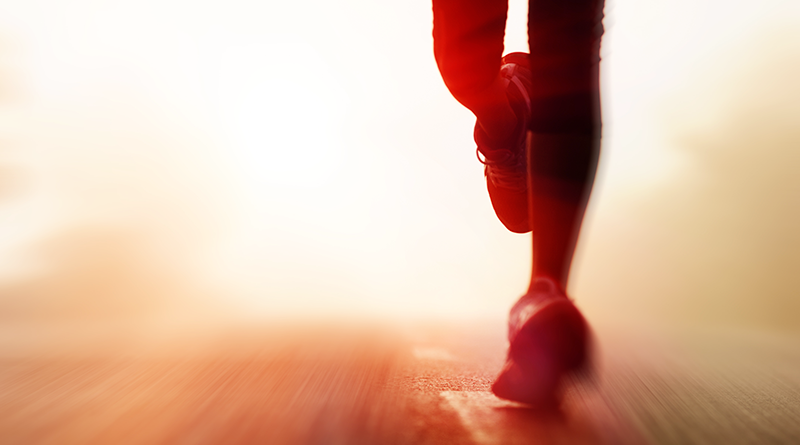 Even if you’re not a runner, you’ve probably noticed there are a lot of runners and places to run in Rochester. There are young ones, old ones, fast and slow ones, committed competitors and casual joggers that come in all shapes and sizes.

Senior runners are well-represented in the Rochester running community, too, a community that is well known for its running prowess. No one knows how many senior runners there are for sure but coaches agree there are more than ever before. The over 50 age categories are full in area races held throughout the year. Harder to count are the many who don’t feel the competitive need to run in them.

“Rochester is one of the running hubs of the country. It has some of the best courses and best races in the U.S.,” says Genesee Valley Harriers running club (GVH) Coach Mike Reif. The club is one of only 22 in the country to receive USA Track & Field’s elite development designation.

The club’s master’s teams have won numerous national championships in Reif’s 20-year tenure, including the men’s 60 to 69 cross-country team that won the eight kilometer at the National Championship meet in Tallahassee in December.

Sure, the coach and club members are proud of their accomplishments. After all, “Bringing out the Olympian in you” is the club’s slogan, but the club is committed to helping all runners improve and realize their goals no matter how modest they may be. “We can help you no matter where you’re at,” Reef explains.

Reif, 67, develops training programs for his club members depending on the distance they are training for. Motivation, clearly stated goals and a well-thought-out training program are keys to successful running at any level.

“As a coach, I get a good deal of satisfaction from seeing other people succeed. I’m the type of person who likes new challenges and running does that for me,” says the USA Track & Field certified coach.

Bill Clauss, 65, took up running in his late 50s. “I run because I like it and it makes me feel good,” says the attorney and former high school football coach. It also brought out the lifelong, all around athlete’s competitiveness. Clauss credits GVH for helping him become the runner he is today.

“The club is non-judgmental. It’s about fitness and enjoying life,” Clauss says.

The right pair of shoes is essential no matter what the venue. In addition to being the place to get the proper footwear a runner needs, Fleet Feet stores offer much more than shoes, clothes and running gear. They also have training programs, coaching and race teams for all ages.

Improvement is often found in a structured team setting but not every runner wants it or needs it to succeed.  Runners are free to follow their own path.

“I prefer to run alone,” says Barbara Kreckel, 76, of Perinton, another successful senior age group performer, who runs with her family’s golden retriever, Apollo, instead of with humans.  “It is my time away from all obligations,” says the volunteer EMT. She enjoys her surroundings, the wildlife and WXXI programming as well during her runs of up to eight miles during the week.

“I do not train for races [specifically], I do not know which former time to beat, but I am happy when I win my age class,” she says. The benefits of running for Kreckel include endurance, commitment, discipline, delay of aging and the “occasional” admiration by fellow runners half her age.

Another high achieving senior runner, Dave Monk, 70, credits his informal running group, the Bagel Bunch, for his success in marathons and every other race distance from 5K on up. The group started in 1996 and meets at 7 a.m. at the Latta-Long Pond Plaza Wegman’s store. Teenagers to seniors like 32-marathon veteran, Bob Dyjak, 64, run different distances depending on their goals. Not surprisingly, the group gets its name from the bagel breakfast they have after the workout at Bruegger’s Bagels.

Monk says he found support and encouragement with his fellow runners in the beginning and offers support to new runners and motivation for older ones to keep going today. The Bagel Bunch isn’t unique in running addicted Rochester. Other towns and locations have running groups too including the Gold Rush in nearby Irondequoit. They also meet bright and early on Saturday morning, at Cam’s Pizzeria, 717 Titus Ave. in Irondequoit.

Monk’s advice for newcomers is to start slow and gradually build up a longer run base. “Join a running group if you are looking for encouragement and social contacts. It worked for me,” says Monk who is training for his fourth Boston Marathon in April.

While elite area runners continually defy age with their accomplishments and results, there are some aspects of senior running that can’t be ignored such as, in training hard (or even not so hard), there is a good chance of having some type of injury or malady that makes it hard to keep going every day. Going overboard with mileage in the golden years is not a good idea. For seniors, too much of a good thing really is too much.

“At the first sign of injury you have to back off,” says local running icon, Jim May, 70, still one of the area’s best senior runners, longtime Webster high schools cross-country coach and founder of the 45-year-old Webster Turkey Trot held at Webster Park in November. The race was capped at 4572 runners in 2016, a figure greater than the population of many small towns in the area that are also popular running venues with their own seasonal races.

For seniors, May believes not running is also key to success.

“As you age you need to look for different ways to stay fit to complement your focus,” says May, who in addition to a history of running has cycled all over the world and written two books with wife, Carol: “Bicycle Odyssey: A Pilgrimage to Discover the Real America” and “Bicycling the Underground Railroad: Following Freedom’s Trail from Alabama to Canada.”

May recommends swimming (which he also coached) and another popular Rochester sport, skiing, both downhill and cross-country, for reducing the pounding tender senior legs get on area roads and a variety of surfaces.

May coached a lot of runners in his career and enjoys the bonds he made with his runners and opposing ones, too (such as this author). One of his top Webster runners, Dave Boutillier, owns Fleet Feet with wife, Ellen.

Don’t pass up running altogether for fear of getting hurt. “It’s a myth that it’ll hurt you,” says Clauss. “Running actually improves the condition of your joints. I encourage people to get up off the couch and get running.”

You don’t have to win a race or run a marathon but you may find you like the fitness benefit of it, the social aspect of it, the scenery or the solitude and there’s no better place to do it than Upstate New York.