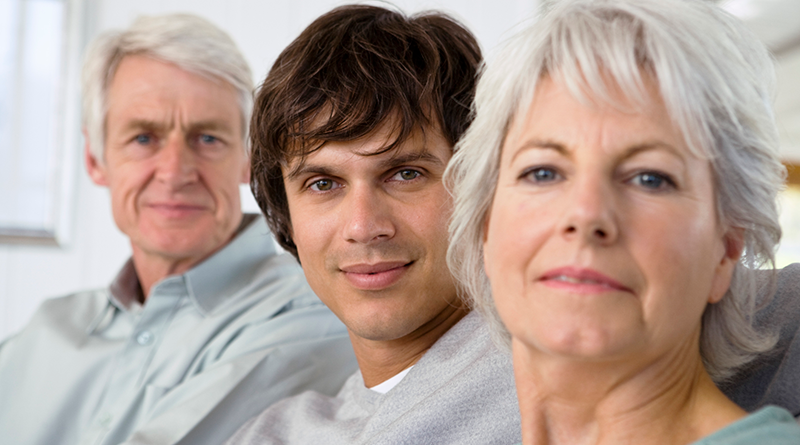 With varying levels of humility, young adults move back with mom and dad

Etiquette guru Emily Post suggests that to be a good houseguest, you must make your bed every day, offer to help your host with basic chores, and make your visit short and sweet.

This is all well and good but what happens when your houseguest isn’t a friend or family member visiting from out of town? What if it is your own adult child moving back home?

“Boomerang kids” — young adults who return home after living on their own — have always been around, but these days adults are moving back in with parents in higher numbers than in past years.

These days young adults are moving back in with parents in higher numbers than in past years, according to study

Researchers aren’t entirely sure why the number of boomerang kids is increasing but it is clear that not all boomerang situations are the same.

Some adults come home to recoup after a job loss, illness or divorce while others are trying to save money for a move, marriage or career change. And boomerang kids aren’t just between the ages of 25 and 35. Some are in their early 20s and still others in their late 40s and 50s.

Karen and Phil Stein of Spencerport are on the edge of being empty nesters. Their eldest son, Trevor, started college in the fall of 2017 and their youngest son, Damien, is still in high school. Just as they started getting used to a household with only one child, Trevor had to take time of off school to recover from an unexpected episode of depression. The Steins, like many families, fully expected their son to be on his way out of the house toward a life of independence. They never thought that he would be back home without a firm plan for the next academic year.

“We’re still digesting the idea that we will always be parenting. I somehow always thought that there would be a punctuation to that sentence,” said Phil.

When asked about the boundaries and rules they have set up with Trevor, they admitted they felt a little lost. He is over 18 and working, but this recent move home is new territory for everyone. The Steins have even started counseling in order to help their son recover as well as learn how to discuss topics such as chores and household responsibilities with him.

Their ultimate hope is that Trevor can continue to work around the house in addition to maintain his job and do all that he can to improve his overall health. This includes attending doctor appointments, exercising, and getting ready to re-enter school down the road.

Geoff Graser returned to his parents’ Victor home recently but, like Trevor, doesn’t fit in the 25- to 35-year-old demographic. At 43, he has been on his own for many years, has had steady jobs, and was a homeowner. When he left teaching to pursue freelance writing full time, he travelled to San Francisco to work. But when he decided that Rochester was really where he wanted to settle, he needed a place to stay while he saved some money. Last fall his parents, Jerry and Nancy, suggested he move in with them.

Right away, they established a price for rent and asked him to watch over the house when they traveled to Florida for the winter months. Overall it was a positive experience for everyone and Graser said he was “very grateful they gave me the opportunity to stay there.”

The Grasers really enjoyed spending time with Geoff and everyone was on good terms when he moved to his own place in April.

But even though the whole experience was rather painless and conflict-free for the whole family, it was still emotionally hard for Geoff. Like most adult children, he had come home in previous years for holidays or between school breaks, but this experience was altogether unusual for him.

“This time was a little bit different. I’m older, and I’ve owned a house, so it’s a little bit humbling and a little bit more about pride for me. I still couldn’t quite escape the feeling — even with the rent and that I’m taking care of stuff there — that I’m living at my parents’ house. Mentally, it was a challenge for me and not an ideal situation, so some additional anxiety comes in. I didn’t want to let them down,” he said.

Melissa Kleehammer of Brockport understands where he is coming from. In 2012, when she was 31, she decided to leave her home in Cleveland and move back to New York. She had just finished her training as a yoga teacher and wanted to start a new career as a yoga instructor in the Rochester area. Her parents, Jo Anne and David Kleehammer, gladly welcomed her back as they did when their other children had come home for brief stints.

While Melissa was thankful that her parents were happy to let her move back, she also felt the sting of pride that Graser felt.

“There was a level of embarrassment that I was 31 and I’m living with my parents. It was relatively easy, but it was emotionally very hard,” she said.

But, like Graser, Kleehamer had a good experience during the five months she lived again in her childhood home. There were no major conflicts and she made sure to help out around the house as needed.

She even chose to live in their finished basement rather than her old bedroom to give herself and her parents a little more privacy. Her parents didn’t feel like they needed to charge rent or have any particular rules or chores since she was very attentive to helping around the house. Their only hard and fast rule when any of their kids come home: no members of the opposite sex allowed overnight.

Post would likely approve of Graser and Kleehammer as outstanding house guests. They helped out when and where needed and their moves back home were relatively free of drama. Graser’s dad would agree and felt like Geoff did his part. Aside from paying rent, all he really asked was that Geoff  “leave things the way you found it and clean up after yourself.”

Tips for Living with a Boomerang Child

• Establish responsibilities right away. Make sure they know what kinds of chores and tasks you need them to do while living with you.

• Discuss whether or not you will charge rent or if you need help paying for groceries, utilities or WiFi.

• Set up a plan for moving out. Do they plan to leave in six months or one year? Make sure every party agrees on a reasonable move out date.

• Talk about boundaries. Make sure they know what your parameters are for guests, “sleepovers,” and parties.

• Some parents find it helpful to create a written contract with their boomeranger, outlining responsibilities, rent and move out expectations.