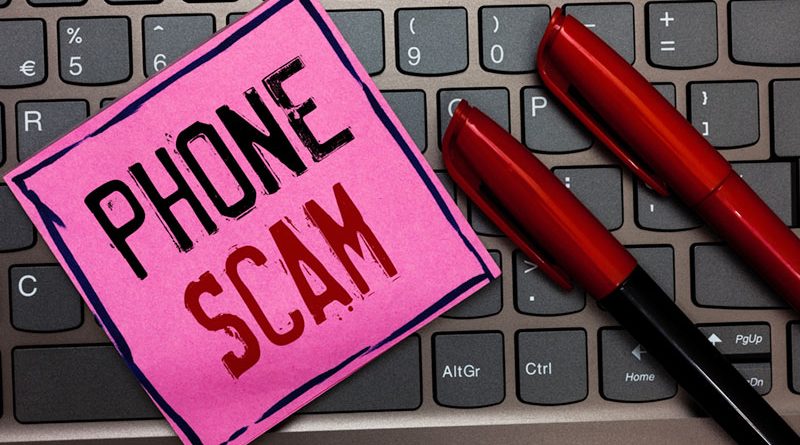 “Hi Grandma” is a scam that has been around for a few years, and maybe even longer than that. Recently, I had that call.

I know what this call is about and I should hang up, but I wanted to play.

Boy: Don’t you recognize the voice of your eldest grandson?

Sure I do, but this wasn’t his voice. I have only one grandson so I wouldn’t have called him the eldest.

My grandson isn’t Bob and he didn’t correct me.

Boy: I hate to do this, Grandma, but I borrowed a friend’s car and had an accident. My friend had a bottle of alcohol in the car so they arrested me.

Not sure about this one. If it was an open bottle, they might have, but I think the alcohol might have been in him if he were arrested. Except my grandson doesn’t drink.

Me: Oh, sorry to hear that. How’s your job going? Probably I should have asked him if he were hurt.

Boy: My boss is upset because I’m not able to go to work today.

My grandson has his own business and doesn’t have a boss over him. At this point, I had run out of questions.

Me: I hope you’re feeling better soon (and hung up).

He never got around to telling me how much money he wanted.

The following is a true story about a “grandma” who fell for the scam. And it is scary. This experience was told to me by a woman I’ll call Mary and her grandson I’ll call Nelson. Their real names aren’t used to protect their identities.

When Mary answered the phone, she heard the despondent voice of her grandson.

Mary: Nelson, is that you?

First mistake. Let him identify himself.

Boy: Grandma, I’m in bad trouble and I dare not turn to anyone else but you.

I can’t talk well because I had an automobile accident and broke my nose and cut my upper lip.

He’s covering his tracks in case his voice sounds different.

Mary: Why were you driving?

Nelson has an important job working for an airlines and travels a lot. Whenever he goes anyplace he flies to keep up training.

Boy: I’m tired of flying and thought I’d drive this time. I’m in jail in Atlanta. They’ve taken my phone, wallet and everything of mine. The accident wasn’t exactly my fault, they know that, but it is complicated because it’s serious enough so they are holding me. I’m so embarrassed that I don’t want anyone to find out what I’ve done.

Mary heard a man’s voice in the background.

Boy: They say my time of my one phone call is up.

A man who identified himself as an officer took the phone. He offered to see what he could do to help Nelson. Then he transferred her to a “more important person.” There’s a pause while they try to find the man who will judge the case and perhaps cut him a break — for a fee of $1,800.

Again, Mary was put on hold. The longer she waited, the more terrified she became. Then another person took the phone, but he wasn’t sure if he should rightfully help Nelson out or not.

She was told to go to the nearest Walgreens and wire $1,800 to their address and call to tell them she’d done it. She was warned not to tell anyone.

Mary had to go to the bank to get the money and could have wired it from there, but they were specific and she was afraid.

Later, they called back and she hoped Nelson was let free, but it became more serious. The lady in the other car had gone to the hospital because she lost her baby and they were considering holding her grandson for manslaughter.

Her granddaughter came in just then and when she told her, she screamed, “Fraud man, Grams.”

Even though they claimed they had taken Nelson’s phone, she had called him before sending the money. There was quite a bit of noise in the background and he said he couldn’t talk then. She really believed he was in jail. However, at the time he was attending car races in Chicago and not involved in any accident.

These callers target the elderly who may be gullible enough to give them the information they want so they can relieve you of your money and your identity. A neighbor told me she had that call and her caller was bold enough to ask for her credit card number.

Some callers are smart and they’ve done their homework. Listen carefully to what they say and don’t offer any information. Instead, ask questions that only your grandson would know.

If you get the “Hi Grandma” call and are not satisfied that this is a scam, call a family member to verify whether or not your grandson is in trouble. But the best thing to do is just hang up. If you have caller ID on your phone, check that to see if you recognize a number or name, but chances are there won’t be one.

Marion Tickner writes from her home in Fairmount area of Syracuse. Her stories appear in several anthologies, Prairie Times Newspaper, and others. Her latest is in the January/February 2019 issue of The Good Old Days Magazine.