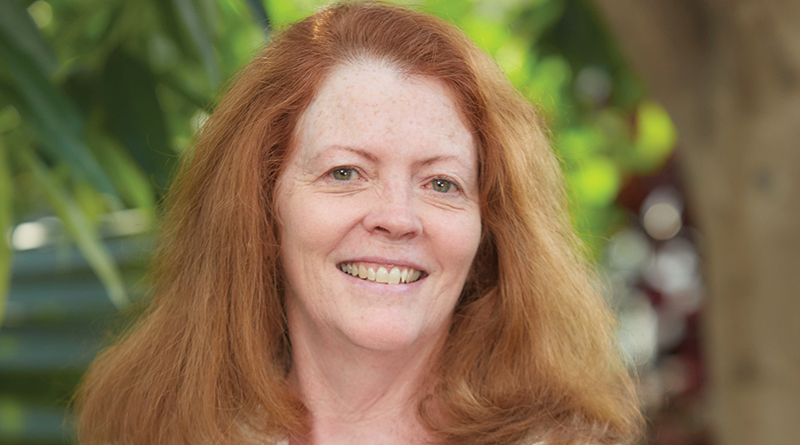 “Rev. Mary is a role model for many women. She is a dynamic leader who has crashed the glass ceiling of the church, and has done so with the dignity, confidence and the peace of someone who knows she is doing the right thing. Her gentleness and calm belies her strength.”

When leaders change the heart of a community, sometimes it’s those out of the limelight who make the difference.

Rev. Mary Ramerman is that guiding light, whose dedication to humanity reaches beyond her congregation at Spiritus Christi Church in Rochester. For nearly 40 years, Ramerman’s work in ministry has touched the lives of many people from coast-to-coast and even outside of the United States.

From her first experience running a Catholic summer camp in her native California at age 20, and running a youth ministry there, Ramerman’s calling came early and never wavered. Her dedication to the ministry grew as she pursued her ecumenical roles in two prominent churches in Rochester, and through mission outreaches in Mexico and Haiti.

“I knew from the age of 7 that I wanted to be a minister, and got involved in the Catholic Church at 25,” said Ramerman. “The long history of the Catholic Church going back for centuries was very interesting to me. I like the earthiness, the rituals, I like the sense aspect, incense, candles, statues, banners; the sensuality spoke to my spirit.”

Although it’s exceedingly rare to have a woman in a pastoral role in the Catholic Church, Ramerman was ordained in 2001, serving as pastor of the highly regarded church for nearly 20 years, along with Callan as associate pastor. According to “Moment,” a secular journal, Spiritus Christi has the largest non-Roman Catholic congregation in the country, with a diverse congregation of 1,500 members.

“The community wanted a church where women can be priests,” said Ramerman. “Women leaders are not always allowed on the altar, and that’s a direct contradiction of what our message is at the church. The church’s job is to help women discover that the goodness comes from within. My job as a pastor is to help people discover that.”

Ramerman takes her role representing the Catholic Church as a woman pastor seriously, attending conferences around the country encouraging women to step forward in their heartfelt purpose.

“I think the church does influence society. Women need to be valued in the church. We are all sons and daughters of God, created in the same image,” said Ramerman. “In our society women can become very dependent on what they get externally, what their boss or husband or father says. You go up and down depending on what you are getting. It’s important that the church have both men and women visible.”

The Nielsen House for men and the Jennifer House for women, both in Rochester, were established to provide a safe and welcoming home environment for those coming out of jail, in-patient facilities, or the homeless. Each with 12 beds, guests can stay there for several months as they re-establish themselves in the community. The Grace of God Recovery House in Rochester was formed as a safe house for men recovering from alcohol and drug addiction. The houses are well staffed, offering a stable structure for guests. Spiritus Christi Mental Health Center offers mental health services to those who cannot afford care, staffed by three employees and over 25 volunteers including therapists, psychiatrists, advocates, and lawyers. Ramerman is instrumental in the success of these programs.

“Like a mother of a large family, Mary pays attention to how everyone is treated, especially those most likely to be forgotten or excluded. Her love for God and her dedication to the poor are her guiding lights,” said Callan.

Ramerman also holds the missions in both Haiti and Mexico close to her heart. Haiti Outreach Pwoje Espwa has helped improve water and sanitation, built a grain mill and even a hospital there. The Chiapas Mission provides a hand of humanity to this struggling and economically challenged region, and held a Chiapas pilgrimage earlier this year.

The outreach programs and missions operate with funds received through fundraising and grants that Ramerman and her staff work to obtain.

“It’s the passion of the people and grace of God that the programs run year after year. The prison ministry has been running 38 years, and the recovery house 17 years,” said Ramerman.

There is no typical day in her role as pastor of Spiritus Christi, according to Ramerman, who said she is extremely grateful for the tireless efforts of Callan, who also works hard to keep the church running smoothly. They not only officiate daily Mass, but they do daily pastoral visits to area hospitals, counsel those in need, coordinate staff members’ duties and projects, and Ramerman even leads weekly hikes.

“We have some great outdoorsy people in the church. I love leading hikes during the summer and enjoy spending time with parishioners to hear their stories. It’s fascinating,” said Ramerman.

Her favorite place to pray is near the water, a lake, ocean, or stream, and she loves to canoe. She enjoys nature both by herself, with her husband, grown children, especially her grandson, and of course members of the church. She and Callan even hold Mass in the park eight times a year.

“My love of nature helps me find my spiritual center,” said Ramerman. “The environment is really near and dear to my heart.”

In addition to the church’s extensive services and programs, Ramerman recently started a project called Green Spot. Once each week at the end of each mass, she delivers a short announcement about what people can easily do in their daily lives to help the environment. Since its inception, many parishioners have joined environmental committees in their towns and work places, according to Ramerman.

“Everybody is for the environment, but a lot of people don’t really know what that means. They wonder, ‘What in particular am I supposed to do to help the earth?’” said Ramerman. “Controlling the climate seems like such a big thing, so we have tried to break that down into tangible things we can do, and educate ourselves on how we can make a difference.”

The Green Spot recently focused on micro-beads, tiny pieces of toxic plastic found in teeth whiteners and facial scrubs, now banned by the federal government. Another project focused on plastic bags and bringing awareness to their impact on the planet.

“Even at a young age, Mary was a leader, and was a person of integrity and thoughtful values that she would stand up for,” said Jim Ramerman, her husband of 40 years. “A friend and a blessing to me and to so many, I could share many examples and stories about how she has changed the people and the world around her for the better.”

Ramerman says her passion and commitment stem from a responsibility she feels to bring awareness to a broad audience, not just about the environment, but about finding their spiritual center. Opportunity, growth and reflection are valuable components of that center, she noted. She said age has something to do with it, but it’s about knowledge, confidence and enthusiasm, and not worry about failing or somebody not liking you.

“I think we live in a very exciting time, a time where especially those in my age group and older can really make a difference,” said Ramerman. “Our role is to mentor and encourage these younger people that are coming along and to put our time and energy into healing the earth and healing relationships that are causing so much stress in the world. I think we have the vision, the talent and the ability to do that at this age and who we are at this time in the universe. We are all a very important piece of it.”