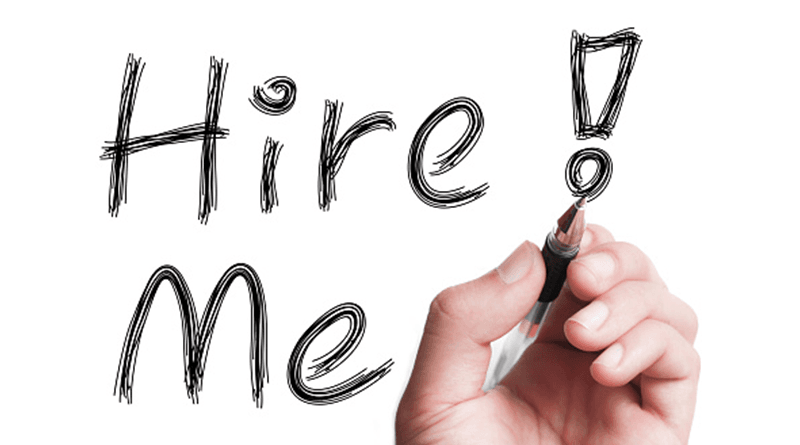 Some companies may favor younger applicants, who may have more updated skills, require less pay

Of course age is a status protected from employment discrimination, but many hiring agents still favor younger applicants.

“Naturally, organizations, especially now more than ever, want to keep costs down,” said Brian Harding, president of TES Staffing in Rochester. “As you gain experience, you’re demanding more money. If they fill a role by hiring younger workers and train them, that cuts costs.”

As a result, that makes for a hiring environment where it’s expected that older workers want more money and younger ones won’t. To help distinguish yourself, Harding recommends emphasizing special skills you possess and carefully screening job openings for those that want those skills. That could mean a longer commute or even moving; however, that’s the best way to receive the type of salary you want and should receive at this point in your working life.

If you know how to do a few different inter-related skills, that also ramps up your value in the eyes of potential employers, even if they want you for a particular role. If one member of the team is out, you could fill in temporarily because of your additional abilities.

“Back in the day, people did one thing and did it well,” Harding said. “Now, businesses are competing with businesses overseas and very cheap labor. They’re trying to maximize their workforce. Everyone wears a variety of different hats. If you have a variety of skill sets, that will give you an advantage and put you in a completely different category.”

That may mean brushing up on some skills through a few classes to update your skills.

“You should be prepared to get out there and network. If you are sitting there with your resume posted on Monster, you won’t be hired. You have to be proactively talking with people and sending your resume here and there.”

More than your ability to do the job, hiring agents also look for your “fit” within the company. Harding said that aside from skills, company culture matters most to employers. For some, an older applicant could appear “set in their ways,” Harding said. “They think that ‘you can’t teach an old dog new tricks.’ You need to prove that wrong.”

That could include taking a few classes to show you’re interested in ongoing education, particularly in things like technology that is useful in your industry.

“If it’s obvious the organizations you’re applying to are young culture, don’t apply to them,” Harding said. “Work smarter and do research on who you’re applying to. See if the culture is even an option for you. That’s the reality.”

Companies hiring for very specialized skills and for positions of great responsibility won’t view age as an impediment but as an advantage.

Joe Szlosek, partner at JAS Recruitment in Rochester, said that many people around 50 and older spent their careers so focused on their companies that they haven’t spent a lot of time networking outside their companies. Once they become unemployed, they don’t have many industry connections.

“You should be prepared to get out there and network,” Szlosek said. “If you are sitting there with your resume posted on Monster, you won’t be hired. You have to be proactively talking with people and sending your resume here and there.”

Apply even to companies not hiring, since that places you first in line once something opens up.

Szlosek also thinks that older workers, especially, should stay more flexible in what they want in a job. He has worked with applicants who refuse to drive 10 extra minutes to a job for which they are well qualified, for example.

“Show the wisdom you’ve learned but stay up-to-date on the latest technology,” Ploscowe said. “Take classes on a regular basis, even if you’re not pursuing another degree.”

If you’re ready for a big change, consider applying for an apprenticeship program. The state’s program (https://labor.ny.gov/pressreleases/apprenticeshiparchive.shtm), pays workers while they participate in free hands-on and classroom learning. The program has no age ceiling.

Paradoxically, possessing outmoded skills can also make you valuable such as to companies that still use old machining equipment. Ploscowe said that he has known of companies that struggled to find operators for their “obsolete” equipment that still worked just fine. By effectively networking to discover these opportunities, you may be able to put to use that specialized knowledge.

Ploscowe said that efforts to hide your age — such as listing only the past 10 years on your resume — can only get you to the interview stage.

“People will know when they see you,” he said.

Update your resume by dropping:

• information that is no longer included, such as date of birth, Social Security number, graduation dates and gender.

• two spaces instead of one between sentences

Attempts to look radically younger will likely backfire and make you appear like you’re trying too hard. However, it can only help to ditch granny sweaters, eyeglasses chains and the styles in hair, jewelry and clothing from a decade ago. Also, don’t pull out a cell phone that’s not a smartphone. While your slider or flip phone may work fine, some people would view you as old-fashioned for not adapting.

A recent analysis by ProPublica and the Urban Institute, a Washington think tank, shows that more than half of workers over age 50 are either laid off at least once or leave their jobs under circumstances they didn’t choose. The Health and Retirement Study, conducted by the University of Michigan Institute for Social Research, followed a cross-section of 20,000 American workers from the time they turned 50 in 1992 through the rest of their lives.

ProPublica analyzed the data through 2014, the latest numbers available, and found that 56 percent of workers leave their jobs at least once after age 50, under employer-driven circumstances, such as layoffs due to company downsizing or restructuring. That means more people over 50 are pushed out of their jobs than choosing to leave on their own.

The HRS study results suggest 50-plus workers are on shaky ground when it comes to job — and financial — security, concluded ProPublica. By this age, most workers are looking forward to retirement, many with at least an outline of a financial plan or target for how and when they will retire. And they need to find work to carry them through to retirement.

The HRS data indicates it is more difficult for older workers to find jobs that are equal to or better than the ones they lost. In some cases, they can’t find work at all.