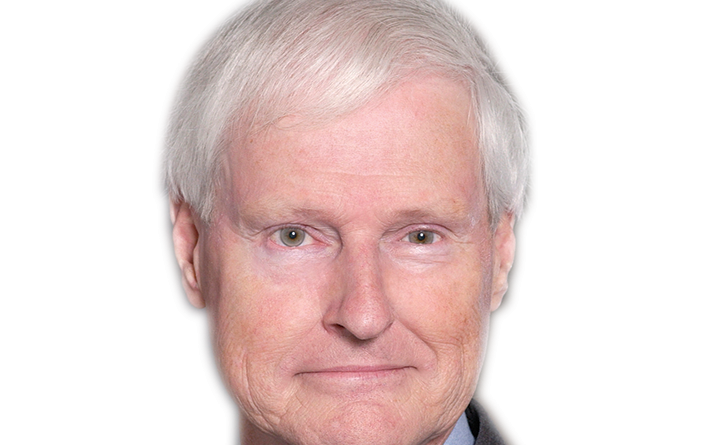 RIT President William Destler, 69, will step down in June 2017 after 10 years on the job. During his tenure, he’s credited with driving a steady uptick in student enrollment to become ranked among the top 10 in private universities.

Additionally, he’s credited with helping start and foster several green and sustainability initiatives at the college. The Sierra Club named RIT as one of America’s 100 Greenest Universities.

Outside the president’s office, Destler is known for having one of the world’s largest collections of antique banjos, which he often restores himself. Many of these banjos currently decorate the presidential home.

Prior to coming to Rochester, Destler worked at the University of Maryland at College Park for 30 years, most recently serving as senior vice president for academic affairs and provost.

Q.: Why did you decide to retire?

A.: I think it might be time to bring in some new blood; some new ideas. You don’t want to over stay your welcome. When I started here 10 years ago, I had always planned to step down after 10 years. I think this has been the greatest ride of my life. I’m very proud of my work.

Q.: Why announce your retirement now, a year early?

A.: I wanted to give the college adequate time to find my replacement.

Q.: What will you miss most?

A.: The students. I happen to really enjoy the students and I try to spend most of my time with them. I’ve learned a lot from the RIT students. And I’m always focused on making sure we stay true to the core mission of keeping and fostering a student-centered university.

Spending time with students helped me realize the close relationship between video game design and digital film production. It got us thinking it might be a good idea to combine the two programs. And that helped set the stage for the MAGIC Spell Studios, a state-of-the-art studio aimed at promoting digital media and helping RIT graduates start their own digital media businesses. We’re poised to become a leader in that field.

Q.: What will you miss the least?

A.: As president, I have an infinite number of meetings and it’s been said that I’m allergic to two-hour meetings. I get kind of restless if I feel like time is being wasted. The key to keeping meetings productive is to make sure we’re always focused on doing great things for students.

Q.: Where will you go when you retire?

A.: Rebecca [Destler’s wife] and I haven’t quite decided. We have a house in Maryland, where my grown sons consider home so we’ll likely spend some time there. But I don’t like summers down there. It’s like a swamp. And we’ve really come to like Rochester too, so we may be still spending time here too.

A.: I’m not exactly sure. I don’t need to work for money anymore. I do plan on playing more music. I haven’t really had a lot of time for that. And I still want to involved in higher education. I want to help improve the quality of higher education around the country and maybe even the world. My wife and I also enjoy biking; it’s a great way to stay healthy.

A.: I’ve lived a pretty, happy full life and, my wife, Rebecca, has come along for the ride. Maybe it’s time for her to have some input and where we go and what we do.

[Destler’s wife, Rebecca Johnson, while at RIT, has served as associate of the the university, an unpaid position and has been involved in a number of initiatives, including helping promote sustainable initiatives at the university.]

But, there are no plans for any big trips or adventures, for now.