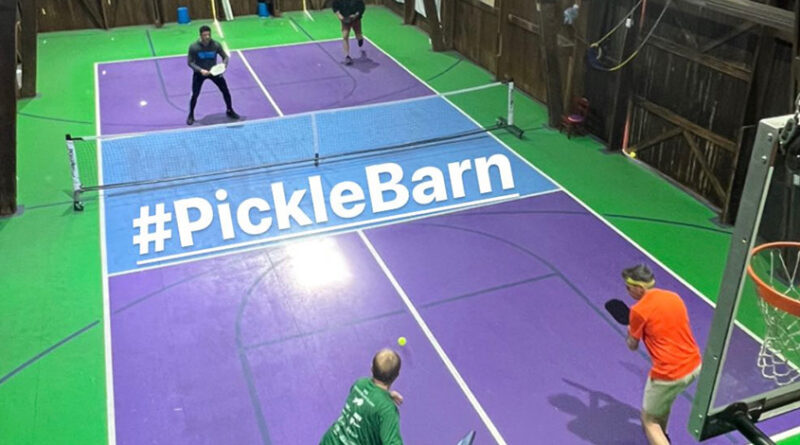 From its humble beginnings on Bainbridge Island, Washington, in the ‘60s, the sport of pickleball has moved across America attracting millions of players and thousands of new courts in cities like Rochester.

Area pickleball pros and instructors estimate there are about 4,000 avid players and approximately 160 courts in the Rochester area. Those numbers, however, are growing bigger by the day.

In addition to players who just want to play the game that resembles aspects of ping pong, tennis and badminton for fun and friendship, the Rochester area is also home to highly ranked professionals that play tournaments all across the country.

Jose Derisi, 51, is a local professional pickleball player and instructor who says the game has changed his life for the better and not just because he received a tidy sum for winning a senior men’s pro tournament at the historic US Open Flushing Meadows tennis facility recently.

“It’s become a significant part of my life physically, mentally and socially,” he says. Derisi came from a tennis background but finds the benefits of pickleball far outweigh those he got from tennis.

“I’ve made so many friends that I couldn’t have made otherwise, he says. “It helps people get fit and be social whether you play in a tournament or not.”

Indeed, you don’t have to be a pro like Derisi to have fun the minute you pick up a racquet.

“It has a very short learning curve. You can be having fun in just 20 minutes,” says another Rochester area pro pickleballer, Joseph Valenti, who was recently named head pro at Irondequoit Country Club in Pittsford.

The club has social memberships that include pickleball.

Everyone’s learning curve is different but unlike golf, you can be playing at a fairly high level in just six months or less with a pro’s help. Valenti introduces people to the sport much like a golf pro: teaching people strategy and technique, positioning and how to swing.

“We love the sport but it’s more about families and friends than the professional tour,” Valenti says. “It takes a certain type of person to play this sport because of the name. There are people who won’t play it because of its name but the people who do play are very sociable and welcoming.”

Sure enough, my cousin’s husband was playing pickleball when we arrived in Tampa last winter. He loves it and like many others, is playing four or five times a week or more. It looked like fun and when I got back, the
55 Plus editor wanted a story about it in our area.

It’s the type of sport 55-plus people are looking for. It’s unlikely to cause tennis elbow and you don’t have to chase balls all over the court. The pickleball playing emphasis for 55-plus nonprofessional players is on recreation, staying healthy and keeping your mind sharp, Valenti says.

The past few years have seen a big spike in the number of pickleball players of all ages and from all walks of life. That includes famous people like Larry David, Leonardo DiCaprio and Stephen Colbert.

Derisi says it’s more fun to play than tennis, easier to learn and it’s a game the whole family can play together. It’s cheaper than a nine iron and a round of golf. Paddles cost as low as $40. Pickleball courts are approximately a quarter of the size of a tennis court.

In fact, tennis courts all over this area and across the country are being converted due to the increasing interest in pickleball.

Derisi teaches at Dinkers Pickleball Facility in East Rochester, the only facility in Rochester that is exclusive to the sport so far.

Pickleball courts aren’t extremely hard to install. The Valenti brothers can help you put one in. They put courts behind their sporting goods business on Monroe Avenue. They can be taken down, too.

Today, the courts can be found in just about every park in Monroe County. In addition to all the venues, you could have one in your driveway basketball court or even a barn. Joseph’s brother Paul owns a pickleball barn in Penfield. Three generations of Valentis plays there.

Pickleball’s colorful history supposedly began with a Bainbridge Island family dog named Pickle picking up a wiffle ball in an early circa 1965 match.

A more complete history and guide to the game can be found in the book “History of Pickleball, More Than 50 Years of Fun!” by Jennifer Lucore and Beverly Youngren and on the web at www.pickleballchannel.com.