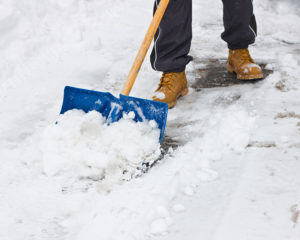 If you don’t, you’re living in the wrong place.

I used to love snow, when I was a little kid. We lived in Clark’s Green, on the hills outside of Scranton, and when everyone got a little snow, we got a lot.

My dad used to park his car in the garage under our house, down a steep driveway. The first time he couldn’t back the car out of that driveway after a snow, he parked the car in front of the school next door. And he did that for 30 years.

I loved snow because we could build snowmen and snow forts and have snowball battles with the kids across the street. Does anybody do that anymore?

My relationship with snow changed one night after my father — who was a traveling furniture salesman — called home and wanted to talk to me.

“Go out and shovel the walk. You’re a big boy now.”

Our phone was in the corner of our old dining room. When we put an addition on the house, my mom didn’t know what to do with the old dining room, so it had a couple of chairs and a sideboard and small desk in it. The desk was where our phone was. We had one phone, and it was on a party line. You had to pick up the phone and listen to hear if someone was already on the line before you could make a call.

Talking to your girlfriend on a party line — or when we finally got another phone in the house, so someone could pick up that phone — was devilishly difficult.

Anyway, there was a silence on my end of the phone after my dad gave me my shoveling orders. I looked out the front windows and sure enough, we had a few inches of snow on the ground already.

“Did you hear what I said?” my dad’s voice was deeper now, sharper.

“Shovel the walk,” he said.

“I was out playing in the snow and all my stuff is wet,” I said.

“I have homework to do.”

“The walk needs to be shoveled and you’re the one who’s going to do it.”

My dad was heating up at the other end of the line. Any second, I’d have to drop the phone because of the heat he was sending my way.

“I was a big boy just a couple of sentences ago … ”

Yes, the phone was getting warm.

“Your mother cannot shovel the walk,” he told me, voice flat but firm.

OK, he was making points now.

“You’re going to go out and shovel in the dark and wind tonight, your ears and eyes will be filled with freezing, blowing snow, your boots and gloves will be wet and you’ll drop into a drift and no one will know where you are until trout season opens.”

I really don’t know what he said next, but that’s what I heard in my head.

“Johnny?” He hadn’t called me that in years. Was he trying reverse psychology or something? He was a salesman …

“Son, I cannot be home tonight. I’m in Cleveland. You have to do the walk so you and your sisters can get out to school tomorrow morning and the milkman and postman can get to our front door. I’m depending on you.”

OK, he had me. I moved to the front door to take another look outside just as a car went by. I could see that it wasn’t snowing very hard.

I told my dad the snow had slowed.

I touched the phone line again to see if it was getting warm. Nope.

Now I was sure the phone was getting warm and I wasn’t going to touch that phone line, no way, no how.

We were back to John.

It appeared that negotiations had ended. I put down the phone receiver and that’s when I noticed my mom standing in the doorway of the kitchen, holding my jacket, scarf, gloves and boots. My sisters were standing behind her with big, satisfied grins on their faces.

Out into the snow I went. It was beautiful outside — dark and cold and silent. Lucky for me, the snow was light and fluffy, and I moved it quickly. I cleaned the walk out to the sidewalk, started on the steps and finally, the sidewalk.

I’d been so consumed with the job and the feeling of the cold night I hadn’t noticed that someone else was outside doing the same thing I was. The kid across the street, Paul, was shoveling, with his dad clearing the driveway.

I finished after 15 minutes or so. Paul finished, and his dad was done and back in their house. Paul and I stood out in the middle of our street. We lived on a steep hill and when it was snowing like this, there was no traffic. We talked about school, talked about other stuff, and decided it was time to go back inside.

When I opened the door, my mom had hot chocolate and cookies waiting for me. Even so, I checked the phone line. It was cool. 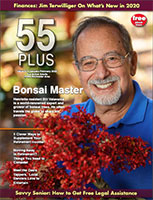