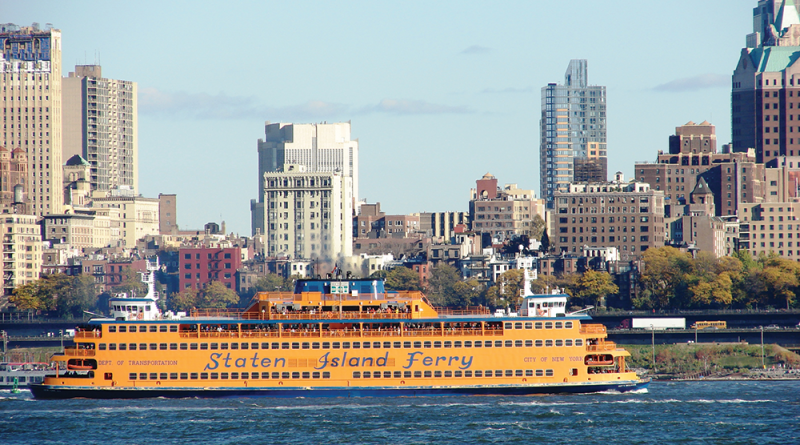 New York City is always on the list as one of the most expensive cities in the world and thus one of the most costly places to visit.  There are ways to cut costs such as buying theater tickets for half price at TKS, using hotel points (if you have some) to defray the cost of accommodations, and buying reduced ticket packages such a NYC Explorer Pass. However, they are many free things available for tourists.

1. Big Apple Greeters: Take a free tour with a greeter. Big Apple Greeter is a nonprofit organization that matches visitors with New Yorkers who want to share the city they call home. All greeters are volunteers “friends” — they are not paid professional tour guides, and tipping is not allowed. The only requirement is that one must be staying at least two nights within the five boroughs of NYC. A typical tour is a walking tour of an area where the greeter has expertise and usually lasts two to four hours. The greeter does not visit museums but shows visitors the city from their perspective. Requests should be made three to four weeks ahead of time. The Big Apple Greeters is part of the Global Greeter Network.

2. Central Park: Most parks are free but most parks are not like Central Park. The Central Park Conservancy offers a variety of inexpensive tours but visitors are free to explore the park on their own. Free downloadable maps are available on the conservancy’s website or one can be picked up at one of their visitor’s centers. Of special interest are places like Strawberry Fields with the “Imagine” mosaic located across the street from the Dakota where John Lennon was killed and the statue of Balto, the sled dog who saved Alaska’s children from a diphtheria epidemic and inspired the yearly Iditarod Race. There are scenic trails, monuments, statues, a dairy, a carousel, and many events from yoga to Shakespeare presentations.

3. Staten Island Ferry: The Staten Island Ferry has been carrying passengers between Manhattan and Staten Island since 1905 and has been dubbed “One of the world’s greatest and smallest water voyages.” The ferry runs 24 hours a day, year-round. The five-mile, 25-minute ride offers majestic views of the NYC skyline — day and night. It is necessary to get off and then reboard for the return trip. Avoid rush hour. Vehicles are not allowed but bikes are. The ride has been free since 1997.

4. Downtown Connection: The bright red, handicapped-accessible Downtown Connection bus is a free service that connects the South Street Seaport with the Battery and City Hall Park making 37 stops along the way. The driver will also stop upon request. There are electronic “countdown clock” signs along the route that alert passengers of the bus arrival. The stops are convenient to all of Lower Manhattan, subway lines and many attractions. Service is provided seven days a week, except Thanksgiving, Christmas Day and New Year’s Day, from 10 a.m., and ends with a final run at 7:30 p.m.

5. 9/11 Memorial: The memorial honors the lives of those who were lost in the World Trade Center attack. The names of every person who died in the attacks of on both Feb. 26, 1993 and Sept. 11, 2001 are inscribed in bronze around the twin memorial pools. There are informative signboards including one that tells about the “Survivor Tree” discovered at Ground Zero severely damaged. Under the care of the New York City Department of Parks and Recreation it survived and was returned to the site in 2010 as a living reminder of survival. St. Paul’s Chapel, on the edge of Ground Zero, miraculously survived and has free displays but the 9/11 Memorial Museum is not free.

6. High Line: The High Line is a 1.45-mile-long New York City linear park built on an elevated section of a disused New York Central Railroad spur called the West Side Line. There are sign boards, benches and even bleacher-style seating on a section that crosses above the road where people can watch the traffic go whizzing underneath them. Knowledgeable docents offer twice-a-week walking tours giving visitors an insider’s perspective on the park’s history. It is accessed by elevator and stairs at various points.

7. National Museum of the American Indian: The museum is part of the Smithsonian Institution and is dedicated to the life, languages, literature, history, arts and diversity of the Native Americans of the Western Hemisphere. There are permanent displays highlighting the various Native American cultures along with changing exhibits and special presentations. It is located in the historic Alexander Hamilton U.S. Custom House with a spectacular lobby.

8. Art: The Chelsea area is home for many free art galleries. Most are between 20th to 29th street between 10th and 11th avenues. There are several museums that are always free such as the American Folk Art Museum while some art museums such as the Whitney Museum of American Art and MOMA are free Friday evenings. NYC’s sculpture collection is one of the greatest outdoor public art museums in the United States featuring some of the world’s greatest sculptors such as David Chester French.

9. African American Burial Ground: One of NYC’s newest attractions is the open-air African American Burial Ground. A construction project in 1991 uncovered more than 400 caskets of slaves from an age when New York had more slaves than any American city outside of Charleston, South Carolina. There is a visitor center on the first floor of the nearby Ted Weiss Federal Building. Free ranger-led tours are available but must be requested two weeks in advance.

10. More freebies: There is an event or parade nearly every weekend somewhere in the city. Street entertainers are everywhere from the Naked Cowboy in Times Square to violin players in the subway. The Juillard School of Music often has free performances. Many of the city’s buildings have amazing interiors and can be entered free including Grand Central Terminal, the Federal Reserve Bank, and the Chrysler Building. St. Patrick’s Cathedral and NY Public Library both offer free tours.