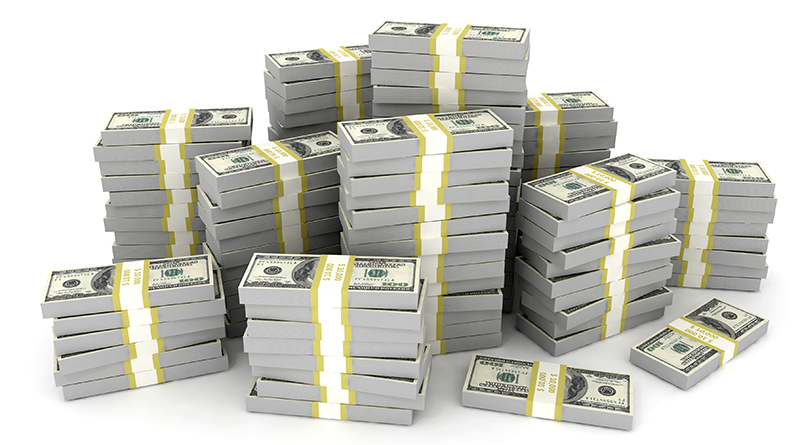 What’s your ‘magic number’ for a comfortable retirement life?

Remember when $1 million represented the “magic number” for a dream retirement? Those days are long gone. The Bureau of Labor and Statistics estimates that people age 55 to 64 need more than $56,000 per year minimum for household expenses, including health care.

“Inflation is one of the biggest enemies in any retirement plan, especially for a retirement that lasts several decades,” she said. “Your living expenses could increase multiple times over your 20- to 30-plus years of retirement. Certain expenses such as medical expenses could grow much higher than the inflation rate. The reality is, it’s not about if you have enough to retire today, but it’s about would you have enough down the road?”

She added that generally speaking, many people need between 60 to 85 percent of their pre-retirement income in the year that they retire; however, that income needs to be adjusted for inflation.

Apostalova also said that many retirees forget about taxes — one of the biggest mistakes this population makes in their financial planning, she said.

Joe Votava, a CPA, tax lawyer and financial adviser, is CEO of Seneca Financial Advisors, LLC in Rochester. He helps clients figure out their budget and plans for their future lifestyle and then adds 3.5 percent for inflation.

“Seven percent inflation usually doesn’t last all that long,” he said. “We look at today’s expenses and say, ‘That will grow.’”

He said that for many people, long-term health insurance and health care represent some of the common areas for which people grossly underestimate their future expenses. For the healthcare segment of the budget, he figures 6 percent inflation.

“Someone who has a pretty good income and they’re moving towards retirement often says, ‘I am not worried about it because Medicare is great,’” Votava said. “The issue here is the government is constantly tweaking the law for means testing. If someone has a higher level of income they lose benefits. Medicare B premiums is a prime example. As your income is higher year by year, even in retirement, you pay a much higher premium for Medicare than someone who doesn’t have a lot of income.”

He predicts that trend to continue, along with lower Social Security income for retirees.

Scott Klatt, certified financial planner and partner with NorthLanding Financial Partners, LLC in Rochester, has worked in the industry 34 years. He said that he has heard a lot of rules of thumb for retirement savings.

“We use sophisticated software that does the calculations,” Klatt said. “We bring clients through the process.”

Many factors affect how much money clients will need to save; however Klatt said that the biggest misconception of clients is that they can begin thinking about their financial future at the point of retirement.

“Earlier is better” rings true as a motto for investing for retirement.

“Many advisers don’t do their homework in understanding risk tolerance of their clients,” Klatt said.

Bryce Carey, also a partner and certified financial planner with NorthLanding, believes that the “magic number” is relative to what clients want to do when they retire. Anyone who wants to travel or engage in hobbies that require significant expense needs more money.

Carey encourages clients to begin by determining their goals for retirement, looking at their budget and then trying to quantify expected expenses during retirement. For example, if a client should have his house paid off by retirement, then the monthly mortgage payment would no longer remain in his budget.

“We make sure the client is earning a greater rate of returns that what they’re drawing from the portfolio,” Carey said. “Social Security  helps offset that, but pensions aren’t as common as they used to be. It’s on the individual family’s shoulders to save for the majority of their retirement expenses.”

Carey echoed Klatt, that a diversified portfolio can help ensure that clients don’t rely too much upon the stock market so that if the market is down, they can still access money.

He said that when he first became a financial adviser, most people relied upon pensions and Social Security. He estimated that now, only 30 percent of people who are working have a pension awaiting them at retirement, a factor that has contributed to the growth of financial planners.

“Once people hear our process and how we think about retirement planning, the light bulb goes off,” Carey said. “But many keep working and hope for the best. They pay us to be specific about their goals.”