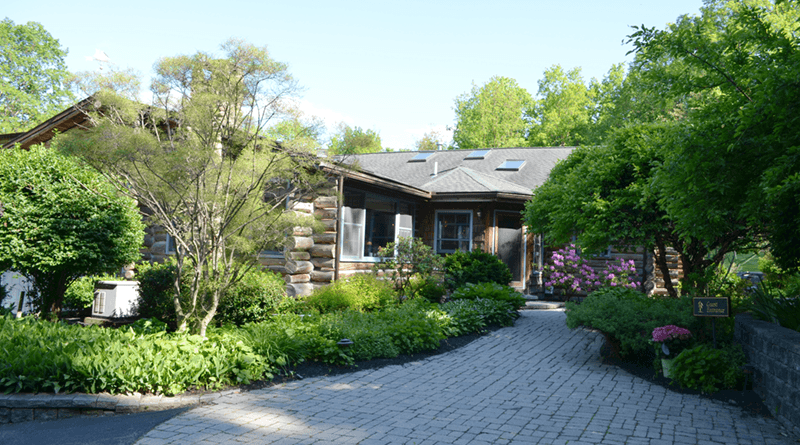 We spoke with the owners of two B&Bs, who share their experience

Operating a bed-and-breakfast establishment is a lot like having company nearly all the time. The following 55-plussers enjoy operating a place of lodging and shared with us what it’s like.

• Christine Hunt, 68, and her husband, Scott Gallford, 61, are the innkeepers at The White Farm Bed and Breakfast in Brockport. The couple bought the property in 1994 as five acres of what was once a 200-acre farm. They view their use of the house as a B&B as a means of preserving the 1820s house, which is listed on the National Register of Historic Places.

The downstairs remains nearly the same as it did nearly 200 years ago, a point that greatly pleases Hunt.

“We still have the original, century-old trees and a lawn that’s well developed over those years,” Hunt said.

“It’s very important to me that I didn’t have to change the building and modify it that much.”

She added only two bathrooms so each of their current three guests bedrooms would have its own bathroom. That meant sacrificing one bedroom.

She also had to ensure the building complies with fire safety requirements, such as adequate fire extinguishers and smoke detectors, alternative lighting in case of a power outage, clearly marked and sufficient exits, and insurance as a place of lodging.

As an antiques collector, many of her own items decorate the rooms and common areas. The kitchen is from the early 1900s, though it has a new stove and refrigerator.

“No one in the ‘70s ripped out the walls,” she said. “That was one of the things that was so exciting to walk into it.”

The house has two marble fireplaces, hardwood floors and medallions on the ceiling that once encircled gas light fixtures. Bare light bulbs replaced the fixtures, but Hunt is replacing them with period-appropriate electric lights.

She has also obtained some authentic period furnishings. A descendant of the home’s original owners was downsizing and offered a bedroom set to Hunt. The furniture had belonged to her grandfather and could have easily been from 1870 or 1880. Hunt offered to purchase it, but the woman gave it to her.

“I now have an original bedroom set from the 1870s,” Hunt said. “It’s a magnificent bedroom set. Solid walnut and it’s glorious. How do you express gratitude for such an amazing thing? It was important to her that we would appreciate it.”

With 10-foot ceilings, large furniture such as the bedroom set is the right scale.

Touches of authenticity like this appeal to Hunt. The rooms don’t have televisions and hot tubs, for example.

“We treasure the thought of quiet and relaxation,” she said.

She also enjoys meeting her guests from far-flung locales. As a former teacher in Medina who retired 12 years ago, she enjoys learning and teaching her guests about the local area. Her husband retired from working as an electrician. They don’t employ anyone to help in their B&B endeavor.

“I think you shouldn’t underestimate the amount of time and work involved,” Hunt said. “ You’re always cleaning since you clean every day. There’s a lot of bathrooms to clean. You have to guard your personal life. You have to plan to go on vacation. It’s a wonderful vehicle to meet many nice people and I have such a good feeling about them, especially as times become more troubled. It allows you to meet those people you normally wouldn’t meet in your day-to-day life.”

Chatting with guests also appeals to Margaret Covington, 66, and Pattie English, 64, who operate The Chalet of Canandaigua. English had worked as business consultant and Covington as a controller for several companies before becoming a consultant.

They saw an opportunity in the tourism industry in the Finger Lakes as a retirement career. English wanted to start a B&B and Covington wanted to open a bistro. Since B&Bs offer breakfast, that represented a compromise Covington could live with. They looked for two years to find just the right property. The duo moved in by October of 2006, started renovation after Thanksgiving and opened in March of 2007.

The house was empty, because it was a home. They had to do some remodeling, and replace the bathrooms, as well as work out building code issues, all while still working their day jobs.

“Now we don’t know how we did it,” English said.

The Chalet relies upon positive feedback on travel sites to interest more guests in staying there.

“If you look at the reviews, a lot of people comment on the breakfast,” Covington said. “We’re in the top 25 from across the country of small inns and B&Bs across the nation through Trip Advisor. That’s a huge accomplishment for us. Food is a very important ingredient of what people enjoy here.”

Covington thinks that the structure’s rustic appeal as a log cabin appeals more to men, who tend to shy away from frou-frou B&Bs dripping in crocheted doilies and flowery appointments.

“It has a nice mix of male and female,” she said as she refers to her clientele.

They carefully watch market trends to see what guests want and how they could improve their offerings.

“People want a place to go where they feel at home and they’re pampered, but not overtly,” Covington said. “It’s natural. We don’t crowd them. That’s a knack to know when to be available. We built it on how we want to be taken care of.”

They’ve also worked to become more familiar with the area so they can recommend places of entertainment and dining after personally experiencing them.

“We gain information from our guests as well,” English said.

English added, “Some people aren’t social. The biggest issue is you’ve got to want to provide service.”