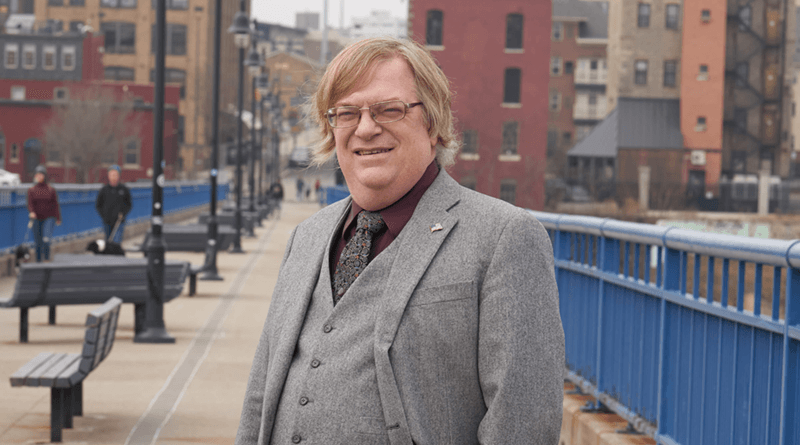 Alex White, 55, has twice run for mayor and says his political aspirations, which involve basic changes to the way Rochester treats itself and its citizens, are not yet quenched

You don’t take Alex White with a grain of salt.

And what he wants to do is to help you. Help you understand. Help you right a wrong. Help you make things better. Help you get off the couch or the front porch and give a hand to a neighbor.

White, 55, of Rochester, is well known in some, but not many circles.

If you attend city council meetings, you know him as the erudite questioner whose thorny propositions can crease eyebrows. He is well versed in city issues — he’s run for mayor twice.

As a small businessman, you may know him as someone who seems to have answers to lots of questions. And you’ve heard that he has gone to bat for others like you with the city — and has been effective.

To people who are disenfranchised in one or many ways, you may know him as the gentle soul who does his best to provide substance, or ideas, or action.

Green Party faithful know him as a mayoral candidate who raised new consciousness about their party, a group that may have come to the realization that the things he believes in are just now being cast in a national limelight.

And to a smaller group of bright, imaginative people — of just about all ages — he is an expert gamer with a vast knowledge of history and tactics. In fact, he owns Boldo’s Armory, a game shop on Monroe Avenue that hosts regular events.

To friends, he’s repeatedly described as either the “smartest person in the room” or the “best-prepared guy in a discussion.”

“He has a very genuine concern for the city of Rochester,” said longtime friend Heather Knappen. “He’s very involved in political groups, does a lot of work as a business leader, volunteers, is very engaged in his community, and is very professional in helping people.”

Born in Rochester but a product of the Webster schools, White earned his degree in history-math from St. John Fisher and left school with a teaching certificate. He earned a master’s degree from SUNY Brockport in history, and completed everything but his dissertation in a PhD history program at SUNY Binghamton. He worked long-term substitute teaching positions in Webster, Penfield and Fairport schools.

When he ran out of steam at SUNY Binghamton, he started looking for jobs outside teaching. He ended up at Frontier Communications as a security programmer, integrating new employees and acquired companies into Frontier legacy systems.

“He’s one of the smartest guys I know. But he’s also one of quirkiest — in a good way. He’s not afraid to take on something or work with others who aren’t going in the same direction. He’ll do things that aren’t mainstream, that don’t go along with what everybody is doing.”
Dave Sutliff-Atias, Alex White’s campaign manager.

Job changes and labor-union issues were uncomfortable for him, and he went back into teaching with renewed vigor, at St. Josaphat Catholic School, teaching seventh grade.

And there, his creativity ran into an immovable object.

“I had to teach the kids how to do an experiment,” he said. “I found this great lesson using paper airplanes. The amount of paper you fold has a direct bearing on how far it will fly. The kids made planes of different designs, measured the flight on grid marks on the floor, recording their data.”

From his perspective, White saw a successful class.

“My principal, she saw mayhem,” he said. The 70-year-old nun complained about the “chaos” in his class.

“I needed another job,” White said of his circumstance shortly after three months in the school.

He and a friend, Pat Ludwig, were gamers, and they had collected a bunch of gaming stuff. They went to a convention to sell their extra stuff and made money. “It went like crazy,” White said. “We thought, ‘Wouldn’t it be a great excuse to spend weekends at conventions?’”

After two years, the hobby turned into a business when, in 1996, White opened his game store, Boldo’s Armory, tucked a little off the street at 891 Monroe Ave., Rochester.

Along the way, White took over the care of his father, whose stroke had left him requiring lots of support. When memory issues were added in, White had to make some moves. He acquired a foreclosed, abandoned house, partially funded by money he’d saved and from proceeds from the store.

Taking care of his dad was one challenge; making this house livable was something else. 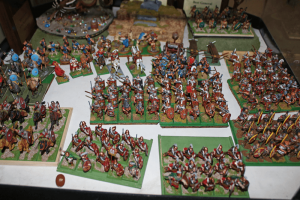 “I found out that I really enjoyed working with my hands,” he said. Doors and windows had to be replaced, drywall had to be patched and redone, water tanks had to be replaced, plumbing issues were evident, and the bathroom had to be rebuilt to accommodate his father’s needs. White built a ramp into the house. “The house was huge,” he noted.

White had to keep working, but his dad needed 24-hour care.

“I ‘rented’ rooms out to people on condition they helped with dad,” White explained. “He had lost his memory and I was terrified he’d turn on the stove and forget about it. He had to have someone in the evening, and someone had to feed him.”

Since his early activist days of the ‘70s, that’s what White has repeatedly done — find ways to bring people together in mutually beneficial ways.

And sometimes, you have to press.