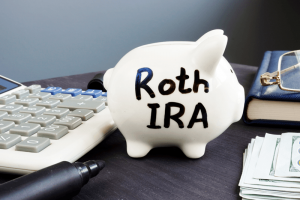 In past columns, we frequently extolled the virtues of the Roth IRA. Congress did us a big favor when creating this retirement-plan bucket that allows us to fill it with investments and then let the investments grow tax-free forever.

There are rules that must be followed, however, to make this all work. Some are on the input side, others are on the distribution side. As with any IRS-related matter, there are a few exceptions to the rules that are associated with disability, death and first-time home purchase.

• Input side. Direct Roth IRA contributions can be made annually, subject to certain limits — currently $6,000 with an additional “catch-up” amount of $1,000 for those age 50 and older. The ability to contribute is limited by federal adjusted gross income (AGI).

Another contribution option is the so-called “back-door” method, which removes the AGI limitation. This option was discussed in a previous column.

Yet another option is to convert traditional IRA funds into a Roth IRA. Taxes are owed on the pre-tax portion of any converted funds. There is no limit to the amount that can be converted nor is there any AGI limit.

So far, so good. It is on the distribution side where things get messy and the five-year rule comes into play.

• Distribution side (earnings from direct contributions). We have to worry about two potential negative consequences — penalty and tax.

– Tax: The earnings portion of a non-qualified distribution (not satisfying both age and five-year rules) is taxable. If both rules are satisfied, no tax is owed.

– The earnings portion of a distribution of conversion dollars is treated as described above for penalty and tax.

– The basis portion of a distribution of conversion dollars taken prior to satisfying the five-year rule receives a 10 percent penalty. If taken after age 59 1/2, there is no penalty regardless of the five-year rule

–  As with direct contributions, the basis portion of any distribution of conversion dollars is considered a return of principal and, hence, is not taxable.

• Distributions from rollovers. For traditional 401(k)-to-Roth IRA rollovers, subsequent distributions from the Roth IRA are treated identically to the conversion descriptions above. For Roth 401(k)-to-Roth IRA rollovers, the rules become even more complex. To minimize penalties and taxes for the latter, let’s just say it is best if the five-year rule is satisfied for both the “sending” Roth 401(k) as well as the “receiving” Roth IRA.

The best way to stay on the safe side of managing your Roth plans is to engage with a trusted financial planner to help guide your way through this maze.