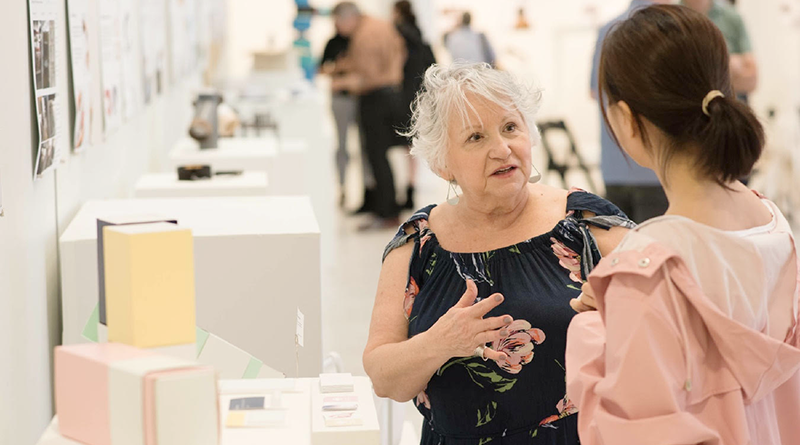 College of Brockport Professor Carl Davila’s first experience with an Airbnb rental was when he traveled to Beirut, Lebanon, to attend an academic conference.

His room was in a simple apartment with shared living space where guests could talk and get to know each other. Davila met three young men from Syria and right away they made a connection. Davila and his new friends spent quite a bit of time just relaxing and chatting.

“I haven’t chilled like this in years — many years,” said Davila.

Davila, 56, wouldn’t necessarily have made a quick and intimate connection with these men in another setting like a large hotel, and he was grateful for the chance to meet new people while abroad. In addition to new friendships, Airbnb also allowed him to experience everyday life “among normal people in the Arab world.”

Airbnb is one of the most popular vacation rental websites or short-term lodging services in the world. Airbnb and similar online platforms, such as Vacation Rental By Owner, connect people around the world who wish to rent their property to travelers looking for something different — and often cheaper — than a hotel, resort, or inn. Today, finding an interesting and comfortable place to stay almost anywhere in the world is just a mouse click away.

These global online accommodation services often pave the way for the kinds of less tangible, personal experiences like Davila had while in Beirut.

These intimate connections are not just unique to guests and travelers, however. Property owners also find that renting their spaces to short-term lodgers enhances their lives in positive ways, too.

Sharon Lucity, 72, rents out rooms in her three-bedroom Brighton house using Airbnb. When she first started renting five years ago, her son purchased a world map and several sheets of tiny yellow stickers for her. Today, the map is covered with hundreds of stickers, and she has had guests from every continent.

In April, two young students from China stayed in her home for one night. They so enjoyed her friendliness and hospitality that they gave her a card and a gift before their departure. These are the small gestures that make it all worthwhile for Lucity.

Being a host through platforms such as Airbnb can be a real moneymaker. Sharon Lucity, 72, rents out rooms in her three-bedroom Brighton house using Airbnb. She made $13,000 in 2017.

Lucity isn’t the only person over 55 years old who rents property through Airbnb. A 2017 Airbnb internal report revealed there are over 3,000 senior Airbnb hosts in New York, a 75 percent increase from 2016. In addition, senior hosts are the highest-rated Airbnb hosts and 78 percent of its 2015 customer reviews received a 5-star rating.

Being a host through platforms such as Airbnb can also be a real moneymaker. An Airbnb report from 2016 showed that 41 percent of seniors who rent their properties through them earn enough supplemental income from the endeavor to help them afford to stay in their homes.

This was the case for Lucity who, after retiring from teaching several years ago, needed extra money to supplement her social security income.

She tried many different jobs, including elder care and pet sitting, but none truly suited her or helped her earn the extra money she needed. When her son recommended she try renting, she was skeptical but soon found that it wasn’t only fun, but that she also made a decent profit. In 2017 Lucity made about $13,000 from renting rooms in her home through Airbnb.

“I love it because I am making a living and it has allowed me to be independent,” she said.

From beach to city

Davila certainly isn’t the only 55-plus traveler who has had a good experience with VRBO or Airbnb. Jean Rowley, 56, of Brockport rented a condo through VRBO for a family vacation in Ocean City, Md., last summer. She found the home they stayed in to be quieter and more family friendly as well as much cheaper than local hotels.

“It was the most comfortable, laid-back, relaxed experience ever. It was great,” Rowley said.

She met the home owners who stay in the condo when they don’t rent it to guests, and they told her that their rental income allows them to pay for the necessary upkeep of a home by the beach.

Another College of Brockport professor, Melissa Brown, 60, has also had great rental experiences in cities such as New York and Chicago. She was able to save hundreds of dollars by avoiding pricey hotels, and the apartments she stayed in were right in the heart of big city action.

When asked if she would ever consider renting her home to travelers coming to the area, she said she was a little hesitant because, “who would want to come to Brockport?”

Lucity’s advice to Brown: “Just do it. Get on the website and let people decide. I love it.”