As most of you, I was not required to take a citizenship test at some point in my life. The mere fact that I was born in the United States made me a citizen. No tests of any kind, no boundaries, no barriers. It didn’t matter how ignorant I was of our nation’s laws and history, I was in, and that was that.

For those seeking citizenship through the naturalization process, however, they must go through a complex system that includes the U.S. Citizen and Immigration Services civics test, more commonly known as the “citizenship test.”

There are 128 possible questions that applicants could be asked. Each is asked 20 from among these and must answer at least 12 correctly to pass. This is an oral exam and not multiple choice.

Applicants, however, are given a multiple choice practice test to prepare for the main event. I took this test, and scored 19 of 20, getting the final question wrong. Here was the question: What is the one duty required of all American citizens: A: Obey the law; B: Pay taxes; C: Be respectful of others; D: Serve on a jury. I chose “pay taxes,” but the correct answer was “serve on a jury.”

You might think that 95% is great, but I was disappointed. Since I have a master’s degree in political science, I expected to achieve 100%.

I hate to whine or come off as a complainer, but I found the question I missed to be deceptive, because paying taxes is certainly a duty, even if none is owed. Remember the old adage: “Two things are certain — death and taxes.” One might even make a case for “obeying the law” answer.

I was surprised to find that it cost $640 to take the citizenship test this year. For some reason, I thought it was free. Silly me. When it comes to the federal government, it lives and thrives on revenues from fees.

When I taught political science classes at a community college, I was amazed at the lack of basic civics knowledge that students had. On the first day of classes, I would ask them what I considered to be simple questions such as who is the president of the United States. Everyone knew this answer, but when I asked who was vice president, only about 50% of the class knew the answer.

Virtually none knew who their U.S. representative, their two U.S. senators, their assemblyman or their state senator were. I am happy to report that they did know them all by the end of the course.

I thought it might be fun for you to take a crack at some basic civics questions to see how you fare. These are not the same citizenship practice questions I took, but they are in the same ballpark. Good luck. 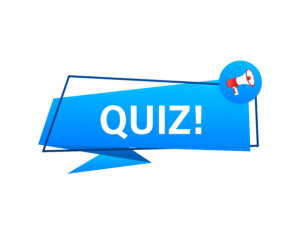 1. What are the two rights in the Declaration of Independence?
A: Life and death
B: Life and right to own a home
C: Life and the pursuit of happiness
D: Liberty and justice

2. If the president can no longer serve, who becomes president?
A: Secretary of state
B: Vice president
C: President pro tempore
D. Speaker of the House

6. Who was president during the Great Depression?
A: Calvin Coolidge
B: Harry Truman
C: Warren Harding
D: Franklin Roosevelt

7. Who is the commander in chief of the military?
A: President
B: Secretary of Defense
C: Vice President
D: Attorney General.

9. What are the first 10 amendments to the U.S. Constitution called?
A: Our inalienable rights
B: Bill of Rights
C: Guaranteed Rights
D: They have no name

10. Who is considered the “Father of Our Country”?
A: Abraham Lincoln
B: James Madison
C: George Washington
D: Thomas Jefferson

It would also be good to know answers to basic questions about New York state. Of course, these are not at play in any citizenship test, unless, perhaps, there is a question about which city is the largest in the United States. The answer, of course, is New York City, with a 2020 Census population of 8.8 million, more than twice as many people as there are in Los Angeles, which remained in second place.