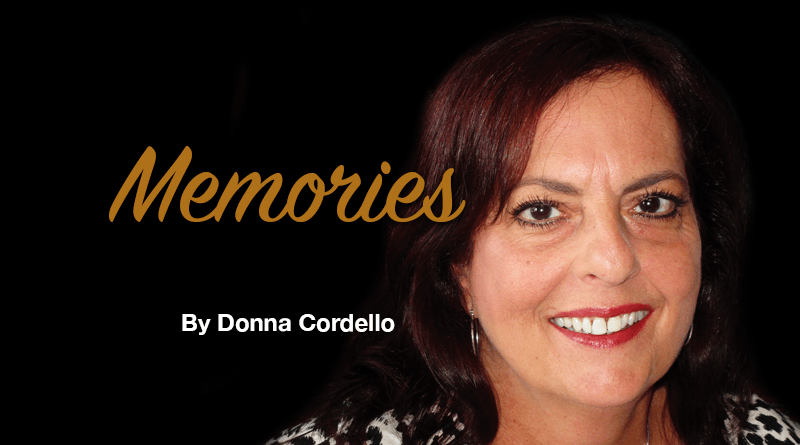 There were six of us in my home, sharing one tiny bathroom where you could pee, brush your teeth in the sink and soak a foot in the tub all at the same time.

You can always count on someone banging on the door, yelling ‘how long you gonna be?” Like it or not, we were always mindful of others’ needs.

My father never graduated from high school and my mother never went to college. We didn’t have luxuries and struggled to make ends meet. But the first thing they taught my three younger brothers and I didn’t require a higher education or even money. Our first words were “please” and “thank you” and we were expected to be polite.

Without realizing it at the time, we got to grow up in an era where we learned all the good stuff we’d need for our future by just living our simple and ordinary lives. It was very different than the world we live in today.

Instead of being coerced to go outside to play, we were forced to go back inside — usually when the streetlights came on. We’d ride bikes, convert yards into ball fields and chase butterflies. We picked fruit off bushes and trees without having to wash them first and wiped our sticky hands on our shirts. We were in constant motion and ate healthy snacks.

We swam until our lips turned blue and had snow ball fights until our mittens stiffened into ice. We jumped into piles of leaves and made wishes on dandelions. In the evenings, we’d lie on our backs in the grass and look for fireflies and constellations. We enjoyed and appreciated nature’s wonder.

When we watched TV, we only had three channels to choose from and were always fiddling with the antenna to get a clear picture. Our favorite shows revolved around families, talking horses, friendly ghosts and a loyal dog. We weren’t inundated with images of blood and gore and we never worried about kids carrying weapons or random acts of violence.

If we ever complained to our parents that we were bored, they’d tell us to find something to do, and we did.

On the days we couldn’t go outside, we’d play board games, cards, jacks, marbles or color.

We even played a silly hand game with a string of yarn. Even our store-bought toys, like Slinkies, yo-yos and hula hoops, required some kind of skill and effort on our part. We pretended to be cowboys, sheriffs, good guys and thugs. We used our imaginations and learned how to entertain ourselves.

“No” and “we can’t afford it” were standard and ordinary answers. We realized that if we wanted something, we’d have to earn it. So, we babysat, had paper routes, raked leaves and shoveled driveways. We learned the value of money. Our work ethic was developed at a young age and prepared us for future employment.

We relied on home remedies more than prescriptions and our parents slathered us with Vick’s vapor rub when we had colds. We didn’t eat food that came out of boxes and could be cooked within minutes. There wasn’t an “organic” section in the supermarket.

We had to research subjects in encyclopedias and made trips to the library for book reports. We learned math without calculators and spelling without spell check. We practiced cursive writing and had our own unique signatures. We didn’t need computers to figure out change at a register.

The uniforms we wore at our school never defined which kids lived in the big houses and which kids ate the welfare cheese. We were unaffected by designer labels and expensive sneakers. We didn’t base our opinions about others for what they possessed, but about who they were. We weren’t divided by social status and blended together on teams.

Take down the facade

We didn’t look up to reality stars or aspire to be like them. We admired entertainers for their skills and talents and it didn’t matter what they looked like. Actors didn’t have to be skinny. Musicians weren’t required to be gorgeous or handsome, and they never performed in bathing suits or underwear.

We didn’t burn our flag but pledged allegiance to it. We respected other people’s opinions without turning against them because of it. When our President John F. Kennedy was assassinated, both Republicans and Democrats alike cried the same tears as they watched his young son salute his casket. We had more tolerance and empathy for others.

Churches were the core and foundation of every neighborhood, and bells would permeate throughout our streets. Going to mass was non-negotiable and we worshipped on our holy days. We said prayers and most everyone believed in someone or something that was good and kind.

We had strong family ties, which included grandparents, aunts, uncles and cousins, and saw them on a regular basis. We had conversations with the people at our table. We introduced ourselves to new classmates and acknowledged strangers we passed on the street. We were friendly and more of a “we” society instead of a “me” one.

Sometimes, we’d have fights with each other. We would try reasoning and when that didn’t work, it would escalate to yelling, a roll in the dirt or sometimes, even a punch or two. But, when it was over, it would be over and we would move on to the next day. We learned how to resolve disagreements without the aid of our parents.

If we misbehaved, our parents punished us and we were grounded. If we did something inappropriate at school, we would be sent to the principal’s office.

If we erred, we wouldn’t be able to attend special events, we’d get detentions, or we’d have to write an essay. Sometimes, it was all three. We knew that no matter which choices we made, good or bad, there would always be consequences.

It was an age of innocence and ignorance. We didn’t wear seatbelts, and even took turns sitting on my dad’s lap when he drove. We were uneducated about nicotine addiction, second-hand smoke and the dangers of drinking and driving. We didn’t realize that the cribs being used and some of the toys we played with were dangerous.

I guess we learn from past mistakes. Hopefully, future generations will learn from the ones we are making now.

We are living in a world of self -entitlement and instant gratification where everything we want or need is at our disposal. We don’t have to wait, work or even think like we used to. We have access to spontaneous facts, we go to fast food restaurants and we have entertainment at our fingertips. We are encouraged to buy now and pay later for the things we can’t afford. We aren’t patient anymore because we don’t need to be.

Our society is becoming more anti-social and unaware of their surroundings, as well. Whether walking on sidewalks, sunbathing on beaches, or sitting in dining rooms and every place in between, everybody is looking down on their phones, oblivious to window displays, the sounds of crashing waves and interacting with the people they are with.

Electronics might make our lives easier and even more enjoyable. But, it’s not necessarily better, because all of our coping skills, interpersonal relationships, and everything we learned was through using all of our senses and living in the real world, instead of a virtual one.

I wish every kid had the childhood people my age had before technology took over, one where we didn’t “LOL” but really did laugh out loud. Where we didn’t text, but talked. Where we weren’t mesmerized staring at a monitor but got fresh air every day. Where we took little black and white photos capturing special times with family and friends instead of posting “selfies.”

It might have been a smaller world, but we knew we were never the center of it. We weren’t brought up to be entitled, but rather to be grateful. We weren’t distracted with iPads, cell phones, electronic games and computers.

And, because we had less, we acquired so much more.