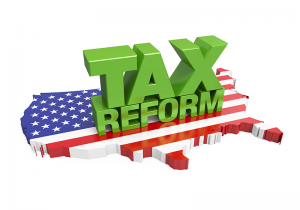 It will be some time before the dust finally settles on the new federal tax legislation. While the provisions are clearly known, what is not clear to many is how this change will affect them.

According to the Tax Policy Center, a nonpartisan organization, over 80 percent of Americans will see a tax cut in 2018, while just 5 percent of taxpayers are expected to pay more.

For individuals, not businesses, the biggest news is that most of the new provisions are temporary. Most are scheduled to sunset after December 31, 2025. Depending on how elections go between now and then, this could change.

Standard Deduction and Personal Exemptions. The standard deduction was nearly doubled (from $13,000 to $24,000 married and from $6,500 to $12,000 single). Seniors or the blind get an extra $1,300/person or $1,600 unmarried. The personal exemption of $4,150 was eliminated. This combination will help some and hurt others. The standard deduction increase will substantially reduce the number of taxpayers who itemize.

Medical: Retained with the added benefit that for 2017 (retroactive) and 2018 only, the threshold for deducting medical expenses was lowered back to 7.5 percent of adjusted gross income (AGI) before reverting to 10 percent in 2019 and beyond.

Charitable: Retained with a modest enhancement by allowing up to 60 percent of AGI to be deducted in a given year for gifts of “ordinary income property” (including cash) to public charities.

State and Local Taxes: This is the so-called SALT deduction. The new rules limit the deductibility of combined state/local income, sales, and property taxes to $10,000/year. For higher-income folks, the change will reduce this deduction category substantially, driving many into standard deduction territory. Property taxes remain fully deductible for property used for business purposes.

Mortgage Interest: Retained for mortgages on first and second homes but reduced to cover up to $750,000 of new mortgage debt incurred Dec. 16, 2017 or later (vs. the previous $1 million married and $500,000 single). Existing mortgage debt is grandfathered. Also, interest for existing or new home equity debt is no longer deductible.

Miscellaneous Deductions: Covering a wide range of popular deductions subject to a threshold of 2 percent of AGI, these deductions were all eliminated.

“Pease” Limitation: The phase-out of itemized deductions at higher incomes was eliminated.

Long-Term Capital Gains and Qualified Dividends. No change. The rate is still 0 percent for taxpayers having taxable income in the bottom two brackets and 20 percent if taxable income is in the top bracket. Otherwise, the rate is 15 percent.

Alternative Minimum Tax (AMT). Retained and exemption levels are raised to $109,400 married and $70,300 single. Additionally, the exemption phase-out starts at much higher income levels above $1 million married and $500,000 single. These changes are expected to substantially reduce the number of taxpayers subject to AMT.

Child Tax Credit. The credit is doubled to $2,000 for each dependent under age 17. Up to $1,400/child is now “refundable” (i.e., the refundable portion is paid to the taxpayer even if he/she owes no taxes). A further plus is that income phase-out thresholds are much higher (over $400,000 AGI for married and $200,000 for single), benefitting a greater number of taxpayers.

529 College Savings Plans. The scope of these very popular plans was widened such that up to $10,000 per year in distributions per child can be used to fund qualified expenses for elementary and secondary education. This enhancement will not sunset in 2026.

Estate and Gift Tax. The lifetime exclusion was doubled from $5.6 million to $11.2 million in 2018. Coupled with “portability” (ability of a surviving spouse to use the deceased spouse’s unused exclusion), this allows a married couple to shield up to $22.4 million from gift and estate taxes. Very few estates will now be subject to federal estate taxes. The step-up in basis for non-tax-deferred estate assets has been retained.

There are many additional provisions that we do not have room to list. Check in with your tax preparer to learn how this new legislation will impact you. Most important, engaging with a trusted financial planner to map out tax strategies best aligned with meeting your life goals is a must.

James Terwilliger, CFP®, is senior vice president, financial planning officer at Wealth Strategies Group, Canandaigua National Bank & Trust Company. He can be reached at 585-419-0670 ext. 50630 or by email at jterwilliger@cnbank.com.