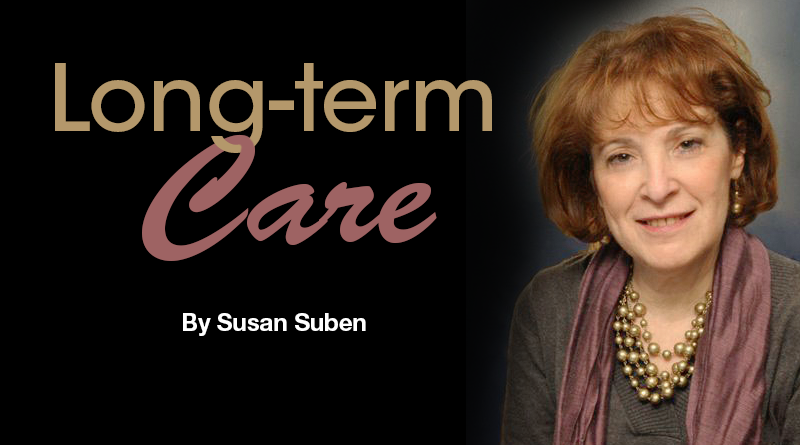 Every day I receive phone calls from clients about the “dreaded letter” they received advising them that their long-term care (LTC) insurance carrier is raising their premiums.

They are shocked, angry — and disappointed. They feel they purchased the coverage to be responsible and to properly plan for the future. They know LTC is a very real risk that can wreck havoc on their family financially, emotionally and socially. They feel they did the right thing and are now being penalized.

Unfortunately, no policyholder is immune to these increases by any company.

This article will deal with why premiums are increasing and what to expect in the future. Hopefully, you will retain your policy and individuals wanting to plan for LTC will not be deterred from doing so after I explain the state of the LTC insurance market.

But before I offer clarification, know that “the letter” always gives you options to either avoid the increase or make changes to your policy features to lessen the impact of the increase. This can involve lowering your daily benefit, decreasing your length of coverage, increasing your elimination period or changing your inflation protection.

I understand this can be upsetting — you will be paying more for less coverage — however, you will still have a very valuable policy that will be even more valuable as you age.

So why are the increases occurring? There are several reasons — the low lapse ratio, low interest rates, higher/longer claims and unisex pricing. Be assured, the companies do not raise premiums haphazardly. The NYS Insurance Department has to approve any requested increase.

How long has it been since you saw a decent return on your investments? The majority of older LTC insurance policies were purchased with 5 percent compound inflation when the companies were earning substantial interest on their cash reserves. According to AM Best, their current estimated rate of return is 4.6 percent — below the 5 percent compound purchased on older policies. Current premium increases are a consequence of these low returns. It is important to note that 3 percent compound is today’s break-even point for carriers and the most selected inflation factor.

The low lapse ratios, increase in the prevalence of Alzheimer’s, and medical breakthroughs extending longevity have all increased the number and length of claims. This has also necessitated the increase in premiums to make sure company cash reserves can pay policyholders.

The older LTC insurance premiums were based on unisex pricing. Claims history shows that women live longer and are on claim longer which is another reason for premium increases.

What have the companies done to stabilize their blocks of business and limit future premium increases? Can you expect increases in the future?

There is a consensus in the market that today’s assumptions are more conservative and there is limited potential for the extreme frequent increases that you are currently seeing. Products currently being offered are priced higher, more restrictively underwritten and designed with less risk to take into consideration the low lapse ratios, low interest rates, higher/longer claims and gender-based claims history.

The companies now have 20 years of claims data and experience. According to the American Association of LTC insurance, “the present value of the premium is equal to the present value of expected claim costs plus enough extra to cover expenses, commissions, profits and a margin for adverse deviation. New policies have claim cost assumptions that are 25 percent to 50 percent higher.”

Absolutely, hold onto your policy. You saw the value in having the coverage when you purchased your policy. The risk of needing care is higher because you are older. Not one of my clients has cancelled their policy due to an increase. Most are paying the increase or have modified their policy features.

For those contemplating purchasing a LTC insurance policy, it is still the easiest way to avoid the consequences of needing LTC. The industry is the most stable it has ever been.

Susan Suben, a certified senior adviser, is president of Long Term Care Associates, Inc. and Elder Care Planning. She is a consultant for Canandaigua National Bank & Trust Company and can be reached at 800-422-2655 or by email at susansuben@31greenbush.com.