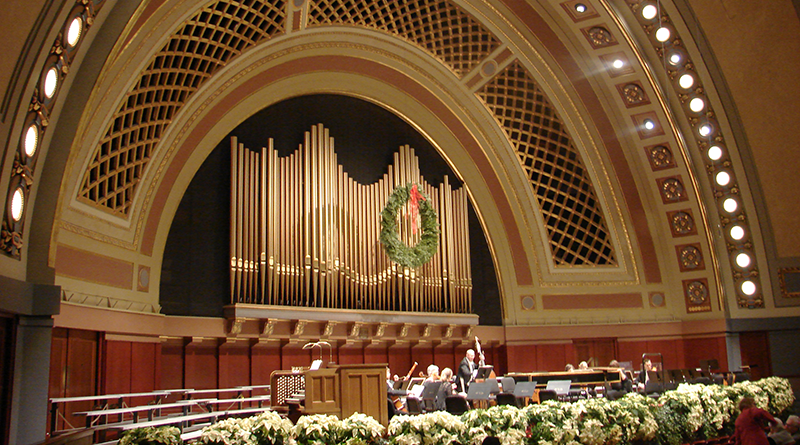 Ann Arbor, Mich., makes the short list in many categories: the happiest city in America, best place for singles, retirees, college students and foodies; plus, according to Frommer’s, it is one of the best vacation spots in the United States. Ann Arbor, with a population of about 110,000, has an amazing diversity of activities. There is something to tickle the fancy of any and all travelers be it sports, the arts, shopping or dining.

1. Sports: The University of Michigan is a founding member of the Big Ten Conference, which dates back to 1895. Best known is its football team which plays in the “Big House” that was built in 1927 and is now the largest stadium in the U.S. It could hold nearly the entire population of Ann Arbor. There is more for sport enthusiasts besides cheering as a Wolverine for the university’s many male and female sport’s teams. There is golf, biking, kayaking and skating.

2. Museums: The Kelsey Museum of Archaeology houses a collection of 100,000 objects from the ancient cultures of Greece, Rome, Egypt and the Near East. The Museum of Natural History has exhibits on geology, the evolution of life, dinosaurs, and artifacts from human cultures around the world. They are justly proud of their newest acquisition — a recently unearthed mammoth. Check out President Ford’s baby book at the Gerald Ford Library. The hands-on science museum may be designed for the younger set but adults will also enjoy it.

3. Art: Art is everywhere — indoors and outdoors. Wander the University of Michigan campus stopping to ponder Maya Lin’s unique grassy “Wave Field.” Maya Lin is the artist who designed the Vietnam War Memorial in Washington. It is just one of many installations scattered around the campus. Upon entering the University of Michigan’s Art Museum make a point to see “Nydia, the Blind Flower Girl of Pompeii’ who led friends through the ash-covered city. It is just one of the pieces in their 19,000 collection. There are many small galleries in the city center.

4. Performing Arts: The classic-looking Hill Auditorium is celebrated for its perfect acoustics with the acoustically best seats in the middle of the mezzanine. Professional theatrical productions take place at The Purple Rose, founded by Jeff Daniels, a native who is an acclaimed actor, director and playwright. Daniels wanted to give back to the community by offering professional debuts. Enjoy live music at The Ark featuring a different artist each night.

5. Artisans: The city is home to many world class artisans. Feng Jiang is just one of the violin and viola makers, a craft he learned from his father who was trained in China. Every Thursday there is a free tour of the Motawi Tileworks. The beautifully handcrafted works of art draw their inspiration from early 20th century decorative artists like Frank Lloyd Wright and Tiffany. Visiting fabric artist Mary Underwood is more than learning about her craft and appreciating her work; she often shares stories of her visits to Mongolia and other unique places in search of the best wools.

6. Yankee Air Museum: World War II buffs and airplane lovers will literally take to the air at this museum. Wannabe aviators will be in seventh heaven with a flight on one of the museum’s vintage planes such as the Douglas C-47 Skytrain. The C-47 was the principal transport aircraft used by the Allies in World War II. In the Battle of the Bulge, the C-47s airlifted supplies to American troops trapped in Bastogne and was vital to campaigns in the Pacific, including Guadalcanal, New Guinea, Burma and flying “The Hump” from India to China.

7. Culinary: Take a culinary trip around the world without leaving Ann Arbor. At Ayse’s Turkish Café it is difficult to choose between Sultan’s Moussaka, Pepper Lamb Dolmas or Yogurt Kebab with Spicy Lamb. A similar problem exists at the Blue Nile Ethiopian Restaurant where it is said that people who eat from the same plate and break bread together will create a bond of lasting friendship. Select several items which will be served on a large platter along with typical bread called injera that is used to pick up the food. Get a taste of Far Eastern dining at the Slurping Turtle. Amadeus features Hungarian and other Central European dishes. Don’t miss the biannual “Taste of Ann Arbor” events.

8. Nature: Ann Arbor is nicknamed the “Tree Town,” stemming from the dense forestation of its residential and park areas. Nature lovers should visit the Matthaei Botanical Gardens, where the conservatory has plants from three major climate zones including a bonsai collection in the Temperate House, plus outdoor seasonal gardens. The Nichols Arboretum has peony and lilac gardens along with an extensive collection of native and exotic trees and shrubs.

9. Seasonal: Any time of the year is a good time to visit Ann Arbor. There is always something special going on from the Ark’s Annual Folk Festival in January to FestiFools (Ann Arbor’s spin on Mardi Gras) in the spring, to a multitude of events during the summer months that include art and music, to KindleFest, the annual, free, outdoor holiday market in December.

10. Uniquely Ann Arbor: Look down to discover the Fairy Doors, miniature replicas of the doors to some of the businesses in Ann Arbor. Not only are the doors reproduced but with some it is possible to peek inside to see the miniature interior. Fairy doors began to appear unannounced in 2005. Like all fairies, the ones in Ann Arbor are surrounded in mystery. There is one by the Ark Theater and another at the Peaceable Kingdom. Take note of the historic sign in front of the Art Museum detailing the speech given by John F. Kennedy that led to the formation of the Peace Corp. The oldest observatory of its type in the nation with the third largest telescope in the world is at the University of Michigan.