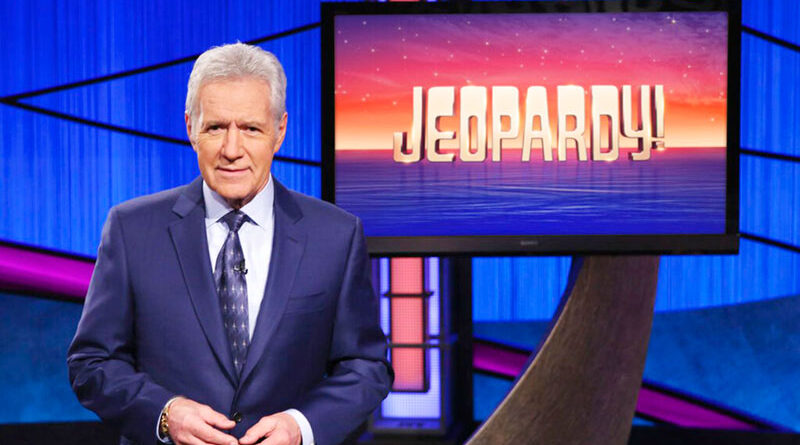 The answer is Alex Trebek.

Who was the best game show host ever?

Along with millions of others, I was a big fan of Jeopardy host Alex Trebek, who lost his very public battle with stage four pancreatic cancer last November. He was 80.

Every weekday evening, in ritualistic fashion, I parked myself in my favorite easy chair recliner watching my big screen TV to match wits with three super-intelligent contestants. In almost every instance, I wound up in fourth place.

I was in awe of Trebek’s talent and unflappability as he reeled off the answers to complicated, tricky and sometimes near-unpronounceable tongue-twisters. He mixed in just the right amount of wit, ad-lib humor and an occasional dash of condescension if a hapless contestant performed extremely poorly.

In case you have been cloistered for 36 years on some mountaintop retreat and just returned to society, Jeopardy works in reverse of other game shows.

For example, Trebek might say, “This picturesque county seat borders the shores of Lake Ontario in Central New York State and is where Al Roker went to college.” The contestants were charged with coming up with the correct question: “What is Oswego?”

From time to time, especially when I was having a pretty good run of answering correctly, my wife would say, “You should try out for Jeopardy.” I was too embarrassed to tell her that I did once, unbeknownst to her and other family members, but never made the cut.

I sneaked off to Merv Griffin’s Resorts Hotel and Casino in Atlantic City several years after Trebek took over the show in 1984 to try out for Jeopardy. There were hundreds of people there vying for a shot at fame and fortune. I made it through the 10-question pre-test with eight correct answers vs. the passing score of 7.

I was interviewed to test my personality and ability to react quickly to questions. I must have performed adequately, because I was told that I was still in the running with 24 other prospective contestants.

We 25 were then confronted with a 50-question test in which I performed miserably and was eliminated from further consideration.

Because of my poor performance, I vowed to keep the experience secret and am revealing it now for the first time. Even these many years later, I can feel my face flush with embarrassment — that’s how horribly I did in that second qualifier.

In the thousands of columns I have composed during my 60-year journalistic career, I have written just one that had Trebek’s name in it until now, and with his passing I am feeling bad about having panned him.

It was during the October 2018 Pennsylvania gubernatorial debate that Trebek moderated between incumbent Democrat Tom Wolf and Republican challenger Scott Wagner. Wolf went on to win re-election easily with 58% of the vote.

When I first heard that Trebek was going to be moderator, I was star struck and thought what a great catch it was for the Pennsylvania Chamber of Business and Industry, the event sponsor, to nail down such a beloved icon.

Almost immediately, though, I concluded that Trebek, a Canadian native and California resident, might be out of his element.

I was right. He performed poorly. From the outset, it was clear that Trebek was not going to be a traditional moderator. While this in itself is not necessarily a bad thing, the moderator’s role is to stay in the background and let the candidates be the stars. That didn’t happen. He spoke almost as long as the two candidates combined.

He said that he accepted the invitation on the condition that he would get to moderate his way — with a “conversation” among him and the candidates rather than a “debate.”

It didn’t take long for the rumbling and grumbling in the sold-out audience of 2,100 to start. During his four-minute opening, compared to a minute and a half for each candidate, Trebek told several jokes that fell flat. “I’m not here to embarrass the candidates,” he said. “They are perfectly able to do that all by themselves.”

He also joked, “I won’t tolerate any booing or hissing, even if it’s directed at the candidates.”

Actually, the only booing and hissing that did occur was aimed at Trebek himself. It came when he noted that the Pennsylvania state legislature’s approval rating is just 14%. “The only thing with a lower rating,” he said, “is the Catholic Church.” His reference to the church’s sex-abuse scandal did not go over well at all.

Also maddening was when Trebek took issue with some of what the candidates said and interjected his own views about education and other controversial subjects.

Trebek took a great deal of criticism from the news media and Pennsylvania voters who thought he spent too much of the allotted debate time speaking himself, without giving the candidates the opportunity to explain and defend their policy positions.

After the debate, Trebek realized that he had performed poorly and issued his “sincere apologies.’’

Trebek said he thought that as moderator he was to provide a “certain light-hearted approach while still being able to challenge the candidates on their records. I didn’t realize that I was to ask a simple question, then let the gentlemen go at each other.”

In his apology, Trebek said, “I was naïve and misunderstood my role as moderator,” he said. “I offer my sincere apologies to the people of Pennsylvania, a state I dearly love.”

It took me nearly a week to contact Trebek after the debate. When I finally got a return call from him, he reiterated without equivocation that he had bombed.

Trebek told me that he learned a valuable lesson at age 78 — “Stick to what you know and do best. In other words, I learned that I need to stay in my own lane,” he said.