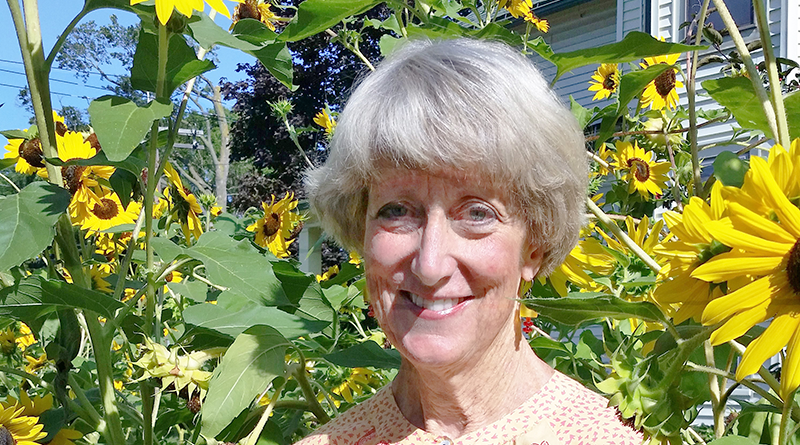 Brockport Village Mayor Margay Blackman, a cultural anthropologist who taught at SUNY Brockport for more than 30 years, is now making a difference in ‘The Victorian Village on the Erie Canal’

When Margay Blackman moved to Brockport in 1977, she never envisioned herself as a politician. In fact, she never even voted in a village election until 1997.

But today she is serving her second term as mayor of “The Victorian Village on the Erie Canal.”

Blackman, a cultural anthropologist, came to Brockport with her husband, Edwin S. Hall, so he could teach archaeology at The College of Brockport. When another teaching position opened up in the anthropology department, Blackman applied and was subsequently hired. She taught for 30 years plus an additional four as an adjunct professor after her retirement in 2007.

She didn’t spend all of her time during those years in the classroom though. Her research took her to the northwest coasts of British Columbia and Washington State as well as to Alaska. Her studies included the oral history of these regions in addition to the study of local art and historic photography. She has published several books, including two biographies of Native American women and a memoir of her fieldwork in northern Alaska.

In addition to traveling the world, working through college committee work, and tackling administrative tasks, she was careful to teach her students the importance of understanding and respecting the community in which they lived.

Student assignments included local research projects such as recording the stories of life-long Brockporters and interviewing village residents regarding their feelings about the sometimes-strained relations between villagers and students. These student-led studies were the seeds that grew into her current mayoral commitment to “town and gown” relations in Brockport.

Blackman said the college is an important part of the Brockport landscape and that working together is important to maintain harmony.

“The college is one of the village’s best assets though it’s often seen as a tax burden and social burden for residents who put up with increased noise, traffic and other issues when college is in session. Actually, the college is an economic driver in the village, provides all kinds of cultural events for the community, and opportunities for residents to learn and to enjoy its facilities,” she said.

In 2005, one of her students persuaded the village to create the Brockport Tree Board. The mayor at the time, Josephine Matela, appointed Blackman as the first chairwoman of the board. To Blackman, this position was a great way to help the community that she had grown to love. In 2010, the residents of Brockport voted on village dissolution. Villagers voted against the measure, but the controversy made an impression on Blackman. She was committed to helping hold the village together and decided to run for village board in 2011 and then mayor in 2013. She was re-elected for a second term in 2017. The rest, as they say, is history.

Living in the heart of the historic district in Brockport gives Mayor Margay Blackman a unique perspective on village life. She enjoys when constituents stop her as she walks to work and ask about a particular village matter. She also provides her personal cell phone number on her business card and invites villagers to call her with their questions.

It’s no surprise that she is now dedicated to bringing together the college community and village residents to enhance ties for a more peaceful and pleasant partnership. The College at Brockport’s president, Heidi Macpherson, thinks Blackman is doing a great job in this respect.

“We’ve been able to build on those ties over the last two years. She is a great partner as we co-chair our ‘town-gown’ committee — which is composed of college personnel and village residents — and meet throughout the year to try and make Brockport a better place to live and learn,” Macpherson said.

But improving village and college relations isn’t the only thing Blackman works on as mayor. Her plate is full dealing with everyday administrative issues like snow plowing and road repair to bigger projects like bringing solar energy to the village’s municipal buildings. She also meets with other Monroe County village mayors every two months to exchange ideas and problem-solve concerns. Blackman loves these and the other political connections she has made while in office.

She said these friendly networking opportunities have helped her better serve Brockport. “It is wonderful to be able to call on these people,” she said.

And friendly she is. Living in the heart of the historic district in Brockport gives her a unique perspective on village life. She enjoys when constituents stop her as she walks to work and ask about a particular village matter. She also provides her personal cell phone number on her business card and invites villagers to call her with their questions.

Brockport Village Trustee Annie Crane thinks this kind of accessibility and visibility helps Blackman be a better mayor and noted she and Blackman often run into concerned residents. This isn’t a burden for either of them, though.

“That’s one of the nice things about living in a small town. You have access through other channels to your elected officials. This makes us more aware of differences of opinions among the villagers and where they’re coming from and we are more likely to make careful decisions,” Crane said.

Blackman’s time as an anthropologist studying human relationships has definitely helped her navigate the politics of Brockport. Anthropologists learn to study people using a process known as “participant observation” whereby a researcher lives closely with the people they are studying in order to observe day-to-day activities and conduct personal interviews. Neighbor and local history professor, Bruce Leslie, said Blackman’s time as a professional anthropologist helps her understand and relate to a variety of people.

Leslie said the problems she has been able to solve have everything to do with her “disciplinary training in participant observation. I think she deserves a lot of the credit for the return of civility to village politics.”

Blackman does indeed think village politics has become less argumentative and hostile in recent years, but while Leslie gives her credit, she passes that credit on to her co-workers.

“One of the biggest achievements of this village board has been to restore respect, responsiveness and civility to our local government,” she said.

Blackman has a very busy life but when she finds a little empty time on her hands, she enjoys yoga, biking, rowing, reading non fiction, and writing. She is working on a collection of essays about the caribou skin masks of the Nunamiut people of Alaska.