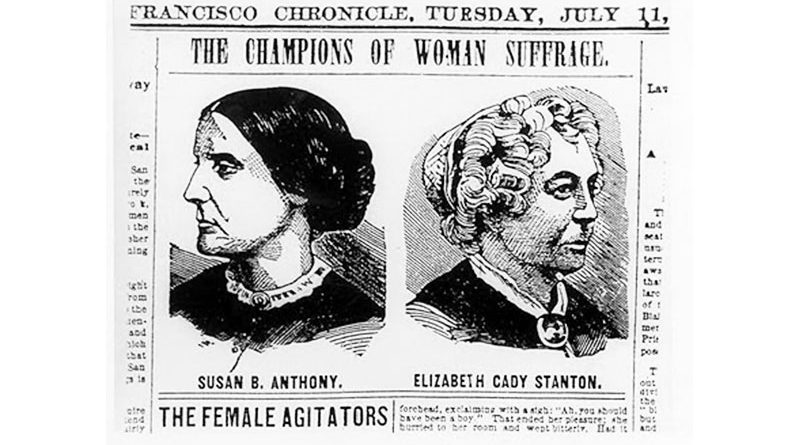 The 19th Amendment celebrates 100 this year: Local women recall struggle for the women’s right to vote

Susan B. Anthony and Elizabeth Cady Stanton founded the women’s suffrage movement that eventually changed the lives of all Americans.

An avid abolitionist and against all alcohol, Anthony realized that without the right to vote, her voice, and that of other women, would not be heard.

Kit Pollicove, 73, is the chairwoman of the board of trustees at the Susan B. Anthony Museum and House on Madison Street in Rochester. Several years ago, she became part of a committee to support the destination point.

“Learning about Susan’s B. Anthony’s story was deeply moving and personal for me, and it became clear that her advocacy for women’s rights and equal rights is very relevant for us today. These issues still reverberate for my daughters and granddaughter,” Pollicove said.

Anthony was unwavering in her commitment to securing the vote for women. Even at 76, she traveled up and down the state of California, speaking three times a day. After age 80, she traveled to 18 states and to Europe, and interviewed President Theodore Roosevelt. She also attended six suffrage meetings and four congressional hearings.

According to Pollicove, in the early days Anthony’s efforts were met with scorn, hostility, and threats of violence. Decades later, the value of her efforts was recognized, and she was revered and admired as a visionary.

On April 9, 1995, a New York Times article, “Celebrating Feminism’s Superwoman,” said: “She was one of the most famous people of her time — ‘Miss Anthony of the World’ — the most popular woman in the United States, feted by presidents and idolized by the press. Her autograph sold for hard currency and newborns were named after her.”

Author and news correspondent Lynn Sherr describes Anthony as a “living, breathing, fabulous human being.” As a newspaper columnist wrote after Anthony’s death in 1906: “Her career illustrates again what a life devoted to a single idea can accomplish.”

Although Anthony did not live to celebrate victory, she had faith that her successors would persist until suffrage was won. She encouraged those who would follow her, as she contemplated at the end of her life: “When it is a funeral, remember that I want there should be no tears.  Pass on and go on with the work.”

While several generations of women take this right for granted, many women know it was a hard-won battle.

Ruth Hayes recalls her mother’s and grandmother’s involvement in the voting process. “As an 88-year-old retired history teacher, I have had the opportunity to observe the voting attitudes of not only my grandmothers and mother but also my daughters and granddaughters. Both grandmothers were born in Vermont in the late 1800’s,” Hayes said.

“They had experienced voting in the Vermont town meetings from the time they were 21. They were very proud to be able to vote for the president. My maternal grandmother always followed my grandfather’s decisions regarding voting. However, my paternal grandmother, a librarian and a widow by the time I remember her, always spent a great deal of time learning as much as possible before voting,” she added.

Hayes’ mother was in high school when the 19th Amendment was passed. “She told about how excited she and all her friends were as they looked forward to the opportunity to vote in national elections. She was always very independent and determined as she made decisions regarding her votes,” Hayes said. “In fact, often she cancelled out her husband’s vote because they rarely agreed.”

Vermont was a largely Republican state and Hayes’ mother was the first Vermonter she knew who voted as Democrat in the 1950’s.

Florence Prawer will be turning 92 this year. “The women in my life (mother and grandmother) were not politically minded. They were focused on domestic life. My father came here from Poland and assumed that the right to vote came with becoming a citizen,” Prawer said. “She doesn’t take for granted her right to vote and votes in every level of election she can (school, county, state and beyond) — no matter the weather.

“I am very mindful and aware of the great sacrifices made for that right. I will always vote because I know it is important. Women gave their lives for that right; the least I can do is make the simple action of voting,” Prawer said.

Lydia Boddie-Rice says her mother Bette, 86, learned the importance of voting from her mother Marie, who was born in 1907. Marie never passed up a chance to vote and carefully thought about the options.

Both women inspired Boddie-Rice to create a legacy of change and to champion equality. “Voting is one way to make my voice heard. My daughters not only know that the right to vote is hard fought for and precious, but that the freedom for them to choose is empowering and transformative,” she said.

Mary Church shared a love of the political process with her mother. “My mom and I had many lively discussions about the political process, and these increased in intensity over the years. Mom, who died last year at the age of 90, was very traditional, and she registered Republican on the advice of her husband, whose father was active in the Monroe County political machine in the ‘30s and beyond. However, she was brilliant and an avid reader, followed the news, and cared deeply about current events at the local, state and national levels,” Church said. “Mom viewed her vote both as a cherished right and a responsibility, and she switched parties during her later years. She deeply appreciated the privacy of the polling booth, where she could cast her vote for the candidates of her choice without interference. She viewed that independence as a victory.”