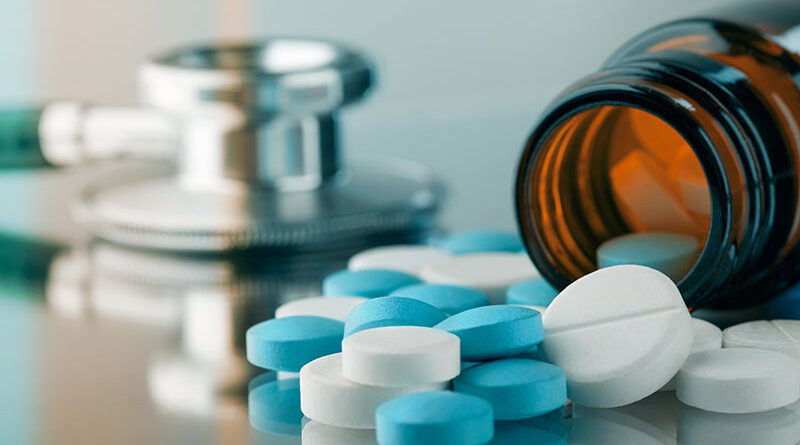 Beginning with Viagra in 1998, erectile dysfunction (ED) medication has offered men relief from impotence — all they have to do is to take the little blue pill.

Viagra (sildenafil) is an FDA-approved medication that requires a prescription. But the cost, along with the stigma of needing help to achieve erections, has caused men in recent years to seek ED medication online.

“There are both reputable and not-so-reputable places to get medications online,” said physician Pebble Kranz, assistant professor of clinical family medicine and obstetrics and gynecology, University of Rochester, and medical director of Rochester Center for Sexual Wellness. “Medications that are purchased from sites without any medical evaluation at all can be really harmful, either because of unforeseen complications from the medicines or medicines formulated outside of careful pharmaceutical controls, sometimes with medications with dangerously high doses.”

Online pharmacies are nothing new. Many insurance companies have covered doctor’s prescriptions filled by online pharmacies for years. Some brick-and-mortar stores also provide online options. While Kranz views these as reputable means of obtaining medication, she expressed hesitation about some online sources which do not fill doctor’s prescriptions but simply offer a questionnaire for buyers to complete.

“There are drawbacks to getting medication for erectile functioning without a complete evaluation,” she said. “For one thing, important elements of medical history can be missed.”

One example is that during a visit regarding ED, she discovers important findings about their cardiovascular health. Online questionnaires may not catch dangerous contraindications for ED medication with other medication or from other health issues. Self-treating with online ED drugs may also overlook “other medical problems that might have an impact on sexual functioning and satisfaction,” Kranz added.

She also expressed concern that people taking ED medication may not receive sufficient patient counseling. For example, sildenafil should be taken on an empty stomach.

Online sources may not offer a significant value. Kranz said that with a GoodRx coupon, some ED medication may cost as little as $10 for a month’s supply.

“It’s worth it to get an evaluation that takes all these factors into account with an urologist or a sexual medicine specialist,” Kranz said.

Jeff Hetrick, co-owner of The Medicine Shoppe in Victor, operates a full-service pharmacy—not just ED medication. His patients must have a doctor’s prescription to receive any medication, whether online or at his store.

“There are non-prescription items advertised, but they’re not tested drug therapies,” Hetrick said. “They’re hopeful therapies. The FDA-approved is what you want to look for. Anything tested is approved by the FDA.”

He cautioned that some entities selling ED treatments are from other countries lacking the same scrutiny and regulations as in the United States. Even those shipping from a US address may source from countries without the same laws as the US. They also do not require a prescription.

“That’s very shady, as you have no clue if you’ll get real medication,” Hetrick said. “Most of it is from Europe or Asia. In many cases, they’re calling you. Typically, that’s a dead giveaway and that they have a heavy accent. They’re not from the US.”

The reason these sources can offer pills at such a low price is that they use unverified, substandard ingredients which may not even include the active ingredient.

“The internet can provide a lot of dangerous sources because people can be deceived,” said Dan Nguyen, pharmacist at A & J Pharmacy in Webster. “If you go to a brick-and-mortar store, you can be sure it’s safe.”

His pharmacy offers an online portal which sells Cialis and Viagra generics for people interested in saving money and ensuring privacy.

Buyers should also be aware that some fraudsters spoof legitimate websites to bilk unsuspecting customers. Patients should avoid following links in advertisements and search for websites by entering the address directly.

Online ED suppliers that do not require a prescription may be in states with fewer regulations than New York, according to Dan Safee, pharmacist at Danwins Pharmacy in Webster.

“If there’s an internet pharmacy in Ohio and you’re in New York, New York has little ability to protect their citizens in a transaction like that,” Safee said. “There’s always a risk that your drug has not gone through a tracking/tracing pedigree.”

For all the prescriptions he provides, he obtains information from the manufacturer about its sourcing. Of course, no business would stay in operation long if its products did not work at all, but a lower dose of sildenafil along with the placebo effect may be enough to produce so-so results. Safee also expressed concern about the lack of the doctor/patient relationships with online drug purchases that lack a prescription.

While he feels concern about these lapses—and cautions buyers to beware—Safee also acknowledges that online pharmacies offer greater anonymity than purchasing medication in-person. That can become a drawback for people whose transaction goes bad. If the company never sends a product or provides something that does not work, “the anonymity will work against you in getting your money back. People should be allowed to make their own risk assessments, but I want to make sure they’re aware of the risks,” he said.