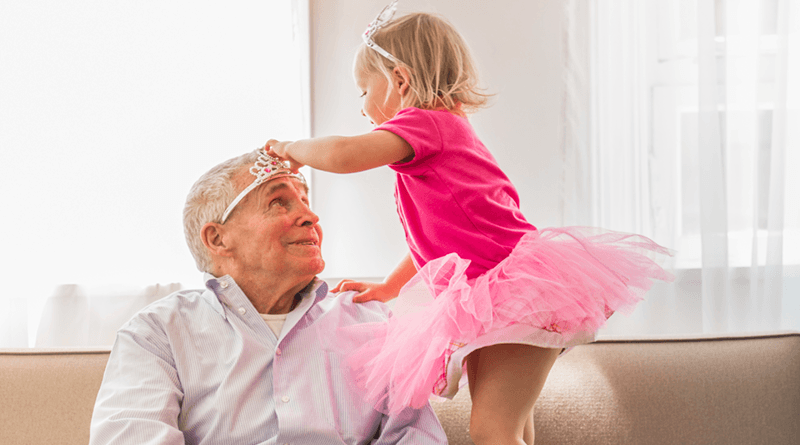 Anita Tichacek of Henrietta believes in the power of community. That’s part of why she helped found Grandparents for Grandparents Support Group.

Back in 2010, she and her husband, Charles, became the guardian of her grandson, Lucas. The boy’s mother struggled with mental health issues. Caring for Lucas, who is on the autism spectrum, had become too much for the mother. She left her parents’ home when Lucas was 3 and the Tichaceks have reared him solely ever since. Lucas’ mother visits every two weeks and has maintained a good relationship with him.

Tichacek, senior recreation supervisor for the town’s Parks & Recreation Department, got to know another grandmother in a similar situation who was rearing two grandchildren. The two women decided they should meet periodically and invite other grandparents in that role to join them.

Catholic Family Charities helped the women start the grandparents group, which meets twice a month at the main meeting room at Henrietta Parks & Recreation Department. The state’s Office of Youth Development supplies funding to pay for childcare during the group’s meetings. Tichacek volunteers her time to lead the group.

The group meets the first Thursday and third Wednesday of each month since many participants’ grandchildren have obligations with extra-curricular activities. From four to 12 adults attend, and childcare is provided.

“These grandparents don’t have common interests with parents who are much younger, like at school events,” Tichacek said. “They don’t have things in common with their friends who are empty nesters.”

Sometimes the meeting features guest speakers. Usually, they go around the room — “kind of like an AA meeting,” Tichacek quipped — and update each other on what’s going on.

“We try to give ideas as to what to do if they’re having a crisis,” Tichacek said. “If it has to do with courts, we share about the family courts we’ve been in. If it’s special needs, we share resources. Then we try to help and support each other. At different times, we’ve all had issues that are more immediate.”

The group also hosts get-togethers for the whole family, which Tichacek said helps the children realize that others their age have grandparents in the role of parents.

Although Tichacek said that “you don’t have as much energy” rearing children as a grandparent compared with earlier parenthood, “you’re much more confident the second time around. It brings joy to our lives. We may be tired, but we feel much younger in so many ways. It gives life a purpose and drive to keep going.”

She added that her grandson, now 13, struggled some initially because classmates would ask questions like, “Why is your mom so old?” compared with their own mothers; however, “as time has passed, we’ve become more of family unit,” Tichacek said. “We’re more comfortable with each other. We couldn’t think of it any other way.”

The age difference doesn’t matter as much to Lucas anymore.

Tichacek also acknowledged the helpful input of Lucas’ teachers, who have underscored the idea that families come in different shapes and sizes.

“It gives him security,” she said. “He knows we’re always there for him.”

The grandparents in the group have also discussed that they’re glad they can provide stability in their grandchildren’s lives that they would not otherwise have. Some of the youngsters have parents who cannot rear them because of incarceration, mental health issues or drug problems. While some can care for their children later, some will never regain custody.

“When they move in with their grandparents, they have more structure and security,” Tichacek said. “They may not want it at first, but they need it.”

She has talked with Lucas all along as to why he lives with her and Charles, at a level which he could understand at the time.

“He’s very happy living with us,” she said. “This is the family he knows. He’s very secure in that.”

She encourages other grandparents rearing their grandchildren to seek or start a group.

“Go to your town or library to see if you can start a group,” Tichacek said. “You don’t need expertise. It’s helpful to have support. It’s also for your grandchildren so they know there’s other kids in the same boat.”

“Becoming a primary caregiver again of young children after raising adult children can come with many emotions,” she said. Whatever the situation, the grandparent that is now raising their grandchildren can benefit from workshop and support groups.”

She said that parent education program’s groups give guided information, skills and local resources designed to help care giving grandparents. The curriculum includes topic of child development, discipline, legal issues, caring for oneself as a caregiver and advocacy.

“Many participants feel confident, comfortable, and not alone,” Burndell said. “Support group and workshop forum provide a safe opportunity discussion about sensitive issues. For example, explaining to children why parents are unable to care for them. In addition, learning parenting best practices to our ever-changing society.”