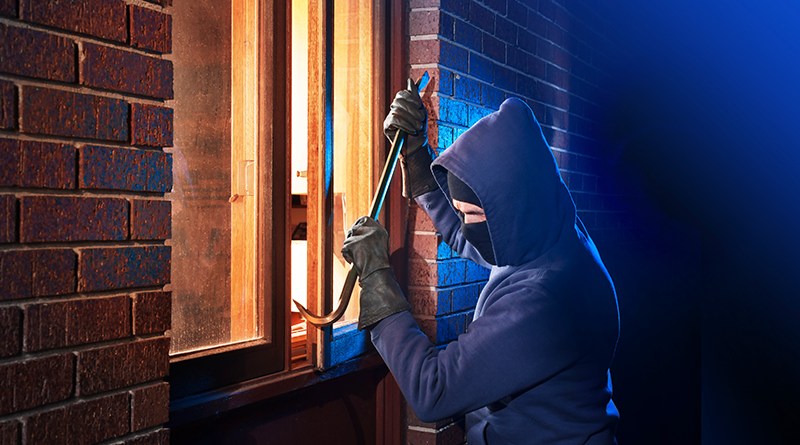 677 Rochester homes were burglarized in 2017. How to reduce your burglary risk

Though local home burglaries have decreased in the past two decades, according to the 2017 Preliminary Semiannual Uniform Crime Report maintained by the FBI, the burglaries of 677 Rochester homes were reported to authorities in 2016 and 617 were reported in 2017.

While hiring a home security company to install a top-of-the-line system would definitely reduce your risk of burglary, you have many other simple, cost-effective steps to take.

Especially for homes set back from the street, burglars have an easier time getting inside unseen. It’s also important to secure items that can be used to climb inside windows, such as ladders.

Thurston said that outside lights can help deter crime. You don’t need to leave a light on all night. Hardware stores sell motion-sensing solar lights starting at around $40. These can lend the effect that someone’s home and flipping on the light should someone pass by the sensor.

Mark Concordia is Roberts Wesleyan College’s associate professor of criminal justice, director of the homeland security and applied intelligence program, and director of the Justice & Security Institute. He worked as a police officer for 22 years, working as a patrolman, all the way up to counter-terrorism.

Like Thurston, he said that lights can deter crime. He encourages home owners to install motion-sensing solar lights at the front and rear of the home.

“Most burglars, if they’re going to find a point of entry, it will likely be in the back of your home, away from where others will see them,” Concordia said. “Many go to the back of the home and gain access through the garage. Then they can kick in the door to the home without being seen.”

But he cautioned that most burglaries happen during the daytime. To prevent these crimes, home owners need to make their homes a tougher target.

And then actually use the locks. Concordia said that many neglect to lock their doors when they’re at home. Or they leave windows open when they’re showering or working in the flower garden behind their home. That way they’re prime targets for burglary.

Simple door and window alarms can help, too. For around $12, hardware stores sell wireless kits that sound loud sirens and text your smartphone if the door or window is opened without turning off the device first.

“Cameras and a robust alarm is the most protective, but they’re expensive,” he said. “Something is better than nothing. Any type of intrusion alarm is important.”

Don’t post information about your whereabouts or latest expensive purchases on social media. For example, don’t post pictures during your dinner or vacation while you’re gone. Share information only with friends.

Have your grass cut and mail held or picked up while you’re on vacation. Ask a trusted friend or family member to periodically stop in to keep your home looking lived-in. Use light timers or solar lights inside while you’re gone.

Break up boxes for high-end purchases and tuck them into your recycling bin. Leaving them on the curb can raise your burglary risk. Don’t leave expensive, easy-to-sell items near windows, such as a pricey tool set in the garage.

Newspaper announcements can make your home a target.

“I worked on an investigation where a ring was combing the obituaries to look for funeral announcements,” Concordia said.

While the families attended the calling hours and funeral, burglars helped themselves to the bereaved ones’ belongings.

People you know and trust may allow another person to take advantage of your relationship, such as the friend of a neighbor kid who feeds your cat while you’re on vacation. The neighbor kid may think nothing of allowing his sketchy buddy to tag along. Remodelers may have good ratings, but bring in a crew of subcontractors. A grandchild may bring over a new friend who’s up to no good.

“Maybe have substance abuse issues or they want jewelry or money in the home to cover debts,” Concordia said. “Be very careful about who you let in your home or what you show in your home.”

He added that burglars posting as solicitors may knock on your door hoping no one answers. If you do, they may have a bogus story as to why they’re on your porch. Most municipalities require a license to solicit. Remember, you do not have to answer the door and you should call the police if you suspect a caller of bad intentions, see a strange car parked for long periods on your street or observe a loiterer.

If you can’t afford the real thing, non-functional cameras and signs deter these thieves. Amazon.com sells dummy cameras that boast a flashing red “record” light and warning decals for around $8 each.

Concordia also recommends calling the non-emergency number for the police to request a home walk-through for issues that could be remedied to reduce your risk of burglary.