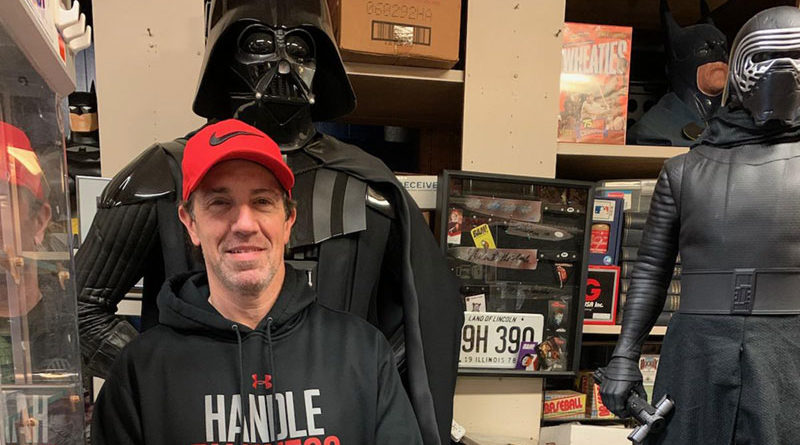 Are you interested in selling your collections? Maybe it’s time to downsize to a smaller home or you want to finance a big trip.

Or perhaps that’s many years away, but you just want more elbow room at home.

Whatever the reason, it’s important to realize that some collectibles can net you a nice windfall and others, well, not so much.

Charles Leone, owner of Leone’s Collectibles in Rochester, said that his business sees all sorts of things, but collectibles related to Marvel, DC Comics and Star Wars — whether new or old — are hot right now.

“Whenever there’s a new movie on these franchises, they go up,” Leone said. “They’re better than sports cards, which are volatile.”

For example, a player’s extreme popularity can bump up the value of the card; however, that can quickly change should he fall out of favor.

Leone said that one of the most infamous examples of over-inflated interest is Beanie Baby toys.

“People think they are the biggest thing, or sports cards from the mid-80s to the 90s,” Leone said. “It’s a dead market. The supply is high and demand is low.”

Records represent another example. Although they’re popular, so many were made that very few records are valuable and those must be in pristine condition to retain their value.

The brand of items is always something noted by Tim Hastings, owner of All Things Antiques in Rochester. He deals in collectibles and in addition to condition, the brand of a particular vintage item always makes a huge difference in price.

“There are knickknacks from Japan from the mid-century for $2 to $3 and some that are worth a lot of money,” he said. “What determines the difference, it’s name brand. We normally tell people to bring them in. Many people text us photos to save time.”

Hastings can tell people which items are salable and which should be donated to charity.

Like the owner of Leone’s Collectibles, Tom Caulkins, owner of Yankee Clipper’s House of Cards in Rochester, said that in addition to super hero comics, toys relating to Marvel, DC and Star Wars are hot.

“Football and basketball cards are very hot as far as cards,” he added.

But condition and age matter as with comic books, and which particular card.

The price of an item elsewhere isn’t necessarily a good indicator of how much money someone can make selling to a shop.

“I have people come in sometimes and they have looked on eBay and see prices people are charging,” Caulkins said. “They’re ridiculously high prices.”

He referenced a person who brought him a sports card for sale on eBay for $1,000. The person expected to receive top prices for the card, but Caulkins said the price was inflated.

Sometimes eBay sellers list items that they hope will sell for more because of perceived scarcity; however, people like Caulkins can’t fetch prices like that locally.

“They are cold; no one wants them,” he said. “I don’t buy them anymore because I can’t sell them anymore. They had their day.”

Many think that baseball cards from the 1980s and 1990s will be worth money because of their age; however, Caulkins said that so many cards were printed during this time period that the market was flooded with cards. Only very few cards from that era are worth money.

Photo: Charles Leone, owner of Leone’s Collectibles in Rochester, says collectibles related to Marvel, DC Comics and Star Wars — whether new or old — are hot right now. “Whenever there’s a new movie on these franchises, they go up.”