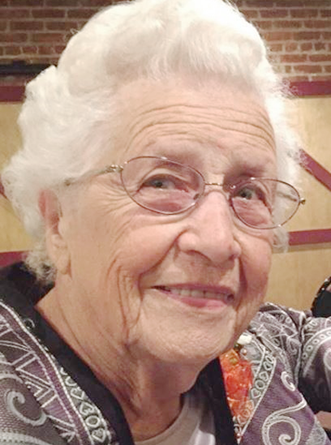 Volunteer honored for her efforts in voting registration in Victor area

Q: What was your reaction when you won the awards?

A: When it came to the chamber, they called me in late February and told me that I was nominated for an award but wouldn’t know until later in March if I won. In my category, I was one of four people. When they called my name I was in shock. It was because when I heard of all the wonderful work these other people in my category were doing I thought one of them deserved it. When it comes to the school district award, I was honored and really appreciated it. It was especially great because I was honored for all the work I do with registering people to vote.

Q: What is your role when it comes to local elections and voter registration?

A:  I am involved in the annual Victor Central School District vote, board of elections, special project votes along with voter registration. It is something that has been part of my life since the 1960s and I have been chairwoman of the Victor Central School District board of elections for decades. I really care about registering people to vote. When people are new to Victor, I have been part of committees who came to their doors to register them. I remember running into a woman years later who said she recognized me because I had come to her door when she first came to Victor and she was pregnant, and I was telling her all about voting. It really makes me proud to make that difference.

Q: Why are you so passionate about voting?

A: I have always believed that every vote counts. You see other countries where people wait in the longest lines to register to vote or to vote on Election Day. And in America, we are making it easier and easier to register and vote and people don’t do it. I think it is a privilege to vote. The vote doesn’t always go your way but at least you have a right to vote. I will always believe it that.

Q: What are some other ways you volunteer?

A: I have been active in many organizations. I was with the Ontario County United Way before they combined with Rochester. I was doing Meals on Wheels, which has always been a special program for me where I brought food to people who were shut-ins. I was also involved in a program called Neighbors in Ministry where we provide seniors with rides to doctor’s offices, shopping trips, and light housework. It’s great because sometimes people don’t have a way to get to these important appointments during the daytime because their families are at work so we are just here helping them out. We serve more than 100 clients now.

Q: Why was the Meals on Wheels program so special to you?

A: Many times we were the only people they would see the whole day. There are people who need services and they appreciated everything. Whenever I would ring the doorbell and nobody would come to the door, I would keep knocking or ask a neighbor if they had seen that person recently. I was always worried that they had fallen or had some kind of problem so I would never leave until someone came into the door.

Q: What kinds of things do you do in your spare time?

A: I really enjoy reading whether it’s historical books or newspapers. I knit shawls as part of a program at St. Patrick’s Church and I like playing bridge when I get a chance. When it comes to television, I usually like watching news programs. I like to keep busy. I tell people you have to be active because there are so many things you can do that don’t cost you any money that you could really enjoy. When I retired from Eastman Kodak in March 1983, I said I would make sure that I would keep as active as possible and I have done that.