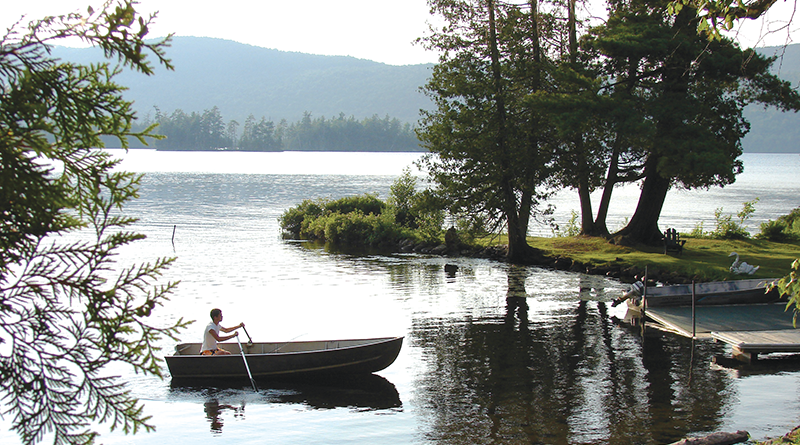 A scenic byway is a road, but not just any road. Each byway-designated road is different. Some byways might offer magnificent views while others have fascinating historical sites and still others offer access to an array of outdoor activities. A scenic byway is a “win/win” for the travelers who explore them and for the nearby communities.

Here are 10 of those byways you should explore.

1. North Fork Trail: Travel Suffolk County’s North Fork Trail from Southold to Orient Point by car or bike. The route goes through charming hamlets, past renowned wineries, expansive farms and wild wetlands along with glimpses of the ocean, beaches and maritime life, finishing with an uninterrupted view of the Atlantic Ocean stretching into the horizon. The area that was once known for potato farms is now home to many upscale vineyards. Visit the wineries, many of which have special events. Near Southold tour the Horton Point Lighthouse then walk down the 120 steps to the beach or hike their nature trail. Take the ferry to Shelter Island and enjoy the beach.

2. Taconic State Parkway: Franklin D. Roosevelt’s dream of a scenic highway along the Hudson River became a reality with the creation of the 104-mile drive that connects Westchester and Columbia counties. It is listed on the National Register of Historic Places and is the second-longest continuous road listed on the National Register after Virginia’s Skyline Drive and the longest limited-access highway on the list. The drive offers views of wooded land, farmlands and mountains. It is the area that inspired mid-19th century landscape painters and the Hudson River School art movement. Near Ghent stop at the scenic overlook for a great view of the Catskills. To visit historic places in the area such as Hyde Park it is necessary to exit the parkway.

3. Route 20 Byway: The 108-mile byway is an important segment of the historic 3,300-mile Transcontinental U.S. Route 20 highway, which stretches from the Atlantic Ocean in Massachusetts to the Pacific Coast of Oregon. Along the route through New York state there are quaint villages, that harken back to an earlier and more relaxed time. Esperance is home to Landis Arboretum and in Sharon Springs visit the Beekman 1802 Mercantile made famous in the TV reality show, “The Fabulous Beekman Boys.” Antique shoppers will want to plan to be in Bouckville next year in August during the Antique Week; it is the largest in state. In Cazenovia visit the historic Lorenzo State Historic Site overlooking beautiful Cazenovia Lake.

4. Revolutionary War Trail: The Revolutionary Trail runs between the state capital of Albany to the shores of Lake Ontario traversing scenic valleys and woodlands. The route offers exceptional museums, historic sites, hiking, picnicking and cycling. Learn more about NYS’s involvement in the War for Independence at Fort Stanwix National Park in Rome and Saratoga National Historic Park. The Battle of Saratoga is considered a major turning point in the Revolutionary War.

5. High Peaks: The High Peaks Scenic Byway winds past the Adirondacks’ highest peaks and along some of its most picturesque waters, including Chapel Pond, Johns Brook, Roaring Brook Falls and the Cascade Lakes. There are more than 40 peaks in the Adirondack Park that are over 4,000 feet in elevation. Mount Marcy is the big one at 5,300 feet and the tallest in NYS. It is not the most difficult of the high peaks; the terrain is variable and there are four trails to the summit. If you are looking for something easy to climb in the area check out Hadley at only 2,700 feet but with great views.

6. Central Adirondack Trail: In addition to spectacular scenery, the Central Adirondack Trail offers a variety of outdoor activities such as camping, skiing, picnicking and canoeing. Enjoy a cruise on the Fulton Chain of Lakes out of Old Forge. Take a cruise on the Durant out of Raquette Lake then tour Sagamore with its bowling alley and other refinements to see what a summer camp was like for the “robber barons” during the Gilded Age. There are regional museums including the not-to-miss Adirondack Museum in Blue Mountain Lake.

7. Maple Tradition: The 80-mile Maple Traditions Scenic Byway begins in Lowville and ends in the “Maple City” of Ogdensburg at the foot of the Ogdensburg-Prescott International Bridge to Canada. The route takes travelers past farmlands, woodlands, the American Maple Museum in Croghan. Stop in Croghan Meat Market to buy some of their famed Croghan bologna, cheese curd, and maple syrup. In mid-March communities host special maple-related events including sugar house tours, samples, and family-fun activities.

8. Olympic Trail: Stretching from Sackets Harbor on Lake Ontario to Keesville the drive is packed with scenic and recreational attractions. One highlight of the trip is the Village of Lake Placid, which hosted the Winter Olympic Games in 1932 and 1980. Make time to visit the Lake Placid Winter Olympic Museum. A free shuttle makes many stops within the village including the Olympic Ski Jumps, which are daunting from any angle.

9. Cayuga Lake Loop: The Cayuga Lake Scenic Byway offers a beautiful landscape of farmland, vineyards and small towns as it encircles one of the Finger Lakes. Waterfalls and gorges are characteristic of the region’s unique geology. Drive Cayuga Lakes’ Wine Trail, the first in America, where there are not only wineries but distilleries, cideries and a brewery. Explore Montezuma Refuge with a 3.5-mile roadway, 30 miles of walking trails, plus viewing towers. Visit and shop for handmade items at the unique and whimsical MacKenzie-Childs store and workshop.

10. Western New York Southtowns Byway: Situated southeast of metropolitan Buffalo, the 108-mile scenic loop runs from the towns of Orchard Park and Aurora south to Springville and West Valley. The village of East Aurora welcomes everyone to the renowned Roycroft Campus that was influential in the arts and craft movement. In Derby visit the Isabel Martin Graycliff House, a Frank Lloyd Wright creation overlooking Lake Erie.