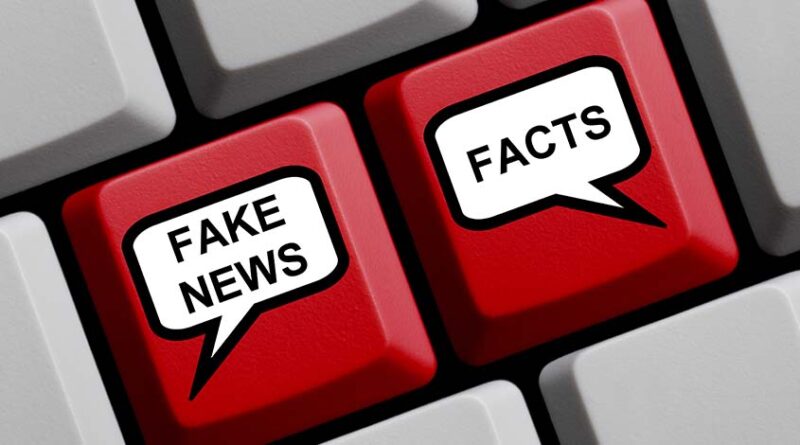 Thanks to the internet’s prevalence and easy access through smartphones and other devices, all the world’s information can fit inside our pockets.

The latest news, information and anything you could ever want to know are all just a few clicks away.

Unfortunately, the growth of information on the internet has given rise to fake news and misleading or factually incorrect information. The problem of fake news continues to worsen causing further division in our communities and across the country.

Everyone who spends time on the internet will be exposed to fake news at some point, and many will be taken in by false claims.

But some demographics are more susceptible. Those who create and spread fake news know this and which demographics tend to struggle more with technology and information. Fake news creators take advantage of targeting specific populations that may not have developed the skills and nuance to know how to sort facts from fiction online.

In fact, Andrew Guess et al. published their study of the 2016 presidential campaign, “Less than you think: Prevalence and predictors of fake news dissemination on Facebook.” They found that Facebook users over the age of 65 were almost seven times more likely to share fake news articles than the youngest age range.

Seniors may be particularly at risk for fake news because they’re “digital immigrants” who learned to use computers and similar devices at an older age. So, seniors may not be as fluent or comfortable with technology or as readily able to disseminate between legitimate and illegitimate sources of information.

“Digital natives,” on the other hand, are those who grew up in a world with the internet, computers, and smartphones and have had more experience and understanding of its subtleties. It’s almost like the difference between being fluent in a language you were raised with versus learning a new language when you’re older.

Despite this, statistics show that all age groups and demographics are susceptible to falling for or sharing fake news.

Overall, Americans realize misinformation online is prevalent and dangerous. Yet, according to “Fake news in the U.S. — statistics & facts” on the website Statista, only 26% are very confident in their ability to recognize fake news. Just 34% trust social media and 67% believe fake news causes a great deal of confusion.

Fortunately, there are ways to combat and hinder the widespread dispersal of fake news. It just requires learning to protect yourself and educating oneself to differentiate between sources to gather accurate and verified information.

Types and sources of fake news

Fake news comes in many forms and can be tricky to recognize.

Generally, it can be found in any form of online media, particularly news articles. But a plethora of videos, posts, and pictures on the internet present inaccurate information as truthful. It’s posted online for many reasons — amusement, testing boundaries, or more nefarious purposes such as influencing segments of the population, spreading chaos, confusion, distrust, and even dividing groups and creating conflict. These misleading bits of information are often found and shared through social media, where people read and interact with posts by others.

Fake news stories are usually either completely false or have some truth, but they aren’t entirely accurate in the presentation.

The first type is easier to recognize, while the second can be more difficult and cause more confusion. Sometimes fake news is unintentionally spread when something is misunderstood or taken out of context. Still, it can be done deliberately to twist what someone said or did to persuade readers to believe something untrue.

Satire sites sometimes become sources of fake news when people reading or sharing these articles are unfamiliar with the website’s purpose. Many of these sites don’t prominently note they’re publishing parodies rather than reporting factual information. So it can be hard to distinguish parody sites from a legitimate source. Some common satire sites include: The Onion, The Babylon Bee, Borowitz Report, The Daily Currant, Empire News, CAP News, Big American News and National Report.

How to spot fake news

When trying to determine if an article or information is fact or fiction, there are some questions you can ask to help yourself spot fake news.

• Does the website have a suffix indicating legitimacy, such as .gov, .edu or .org?
• Does it come from a known media outlet such as a reputable news station or other organization?
• Who’s the author, and what are their credentials?
• Are other major news stations or sources reporting similar information?
• Does the article itself include linked sources or citations to back up its claims?
• Is the website selling a product?
• Is there an obvious bias against a person or group?
• Is the headline attention-grabbing and unbelievable?

The written word isn’t the only method by which people can share or spread fake news. Images and “deep fake” videos are easy to create with current technology. Just because you see a video, hear audio, or see a picture, doesn’t mean it’s accurate.

There may be missing context like being cropped, or it’s from a different time or place. It could be edited with parts cut out, slowed down, or sped up. It’s even possible to add or remove both audio and visual content.

Facebook users over the age of 65 are almost seven times more likely to share fake news articles than the youngest age range.

Remember that just because you don’t agree with something doesn’t mean it’s fake news. Fake news refers to something that is demonstrably false or cannot be verified.

How to combat or prevent the spread of misinformation

Fake news is created to be shared. Articles, pictures and videos designed to mislead can quickly spread once people start sharing with their friends, who also share until it becomes widely viewed and causes problems. Creators often rely on provoking an emotional response, especially fear or outrage, making you feel like it’s your duty to share this vital information with others.

Even commenting on or reacting to a post can increase its visibility, causing it to spread.

• Don’t share any resources without pausing to fact-check them.
• Report posts or articles that are intentionally misleading or inaccurate.
• Read more than just the catchy, attention-grabbing headlines.
• Educate others: don’t be afraid to call it out when someone shares fake news (but be kind because the person sharing it doesn’t likely realize it’s fake).

Once you understand how to recognize fake news, you can be a proud part of the movement to stop the spread of misinformation.