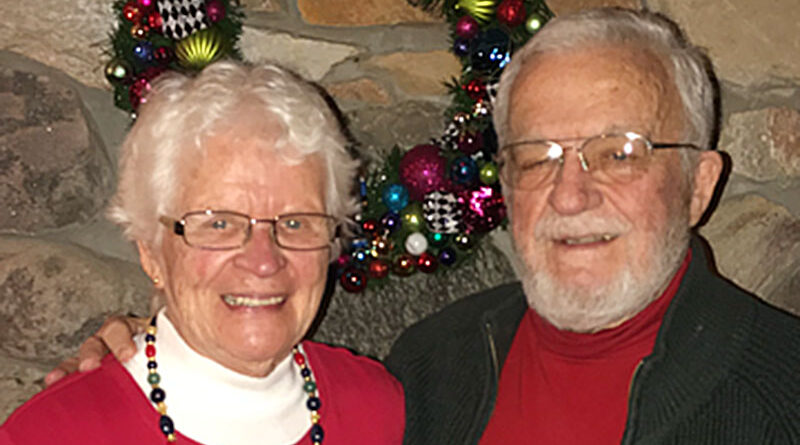 Couples discuss getting into new relationships after 50, 60 years of age

Is finding love only for the young? Two area couples prove that wrong.

Penfield residents Martha Welch and Peter Perine, both 84, lost their previous spouses in 2012. They met each other shortly after at the Unitarian Church in Brighton. By early 2013, they both joined Together in Grief, a church-based support program for bereaved spouses. Through the meetings, they learned they had a lot in common and formed a friendship based on mutual enjoyment of church music, theater productions, Gilbert and Sullivan operettas and travel.

“That started me off,” Perine recalled. “At that point, I invited her to go to a Gilbert and Sullivan show at the Off-Monroe Players.”

Soon, the pair was inseparable. They began traveling together to venues, including Hawaii and the Adirondacks, and by 2016, they sold their homes and purchased a townhouse to cohabit.

Unlike many lovestruck young people, it wasn’t one specific moment where Cupid’s arrow struck.

“We had a lot of activities together and it happened,” Welch said.

They felt drawn to each other.

“We both like to travel and despite our age and all, we hit it off,” Perine said. “We almost never argue about anything. Between the two of us, we were married 92 years, but not to each other. We know what to do.”

Finding love as a septuagenarian is different than as a young adult.

“You have your expectations established,” Perine said. “Both of us strongly believe we don’t want to live alone. The first time around, I don’t know if that entered into it.”

They treasure their companionship and unlike an initial marriage, it is not about building a life but sharing a life.

Until the pandemic hit, the couple traveled extensively to visit family in Florida, Philadelphia and closer to home.

Perine said that his increased patience at this stage of life has helped him build a strong relationship with Welch.

Welch has been widowed twice and is not interested in marrying again; however, she felt drawn to form a relationship with Perine.

“Peter was just a delightful person and made me laugh — and still makes me laugh,” she said.

Perine said he enjoys all the time he spends with Welch and he “respects her deeply and affectionately.”

“We both enjoy being with each other’s families as well as each other,” he added. “All of our families in the next generation are very supportive of our arrangement.”

He advises couples to not go to bed angry with each other.

For Greece residents Angelo and Marie Pantaleo (95 and 83, respectively), love drew them together in 1992.

Marie had been living in Long Island as a single with no other family nearby. Her brother encouraged her to move to the Rochester area to live near him. She also had a friend living in Rochester, which she thought at the time was “the boonies.”

In October 1991, she moved to Rochester and began working at Hillside as a seamstress. The following year, she met Angelo, a widower, through a mutual friend. Marie wanted a platonic friend to join her for dinner or see a movie.  Her friend gave Angelo Marie’s number and within an hour, he called.

“I walked in the house and the phone was ringing,” Marie recalled. “He said, ‘This is Angelo’ and I didn’t know him or why he called.”

Her lackluster response made Angelo think, “Here we go; another dud!”

Despite their somewhat awkward introduction, the pair was frank, yet friendly with each other and made plans to have dinner and catch a movie. They saw “Father of the Bride” in which a man’s daughter is going to be married. Thinking of his own daughters, Angelo’s emotions rose.

“I teared up and Marie caught it,” he recalled. “I thought this takes care of the first date; goodbye!”

Instead, his expression of emotion seemed to charm Marie.

“I got the nerve to give her a quick kiss goodbye,” Angelo recalled. “I asked if I could call her later and she said OK.”

That became the beginning of their friendship that bloomed into romance. The couple married in 1993. Marie was 54 and Angelo, 67. They weren’t looking for marriage; however, as Marie put it, “It just happened. We felt love and we’re very much in love.

The couple often completes each other’s sentences as if they are twitterpated high school seniors, not senior citizens.

Shortly after they wed, someone asked how long they had been married. Angelo held up three fingers. The stranger asked, “Thirty years?”

“People look at us and think we’ve been married forever,” Marie added.

They are both pleased at how well their grown children from their previous marriages accepted their relationship, “like a duck to water,” Angelo said.

Though the pandemic has hampered their travel bug, they enjoy spending time together playing games together, though “I give her space so she’s not under my thumb all day long,” Angelo quipped.

Like Perine, he advises couples to “never go to bed mad, though we don’t really have arguments. I understand what she is, a good person. I won’t monkey around and try to be the boss. Nine times out of 10, she’s right about whatever we’re discussing.”

Marie added that it’s important to give and take. “It’s got to be both ways. Not always your own way. We hug and kiss a lot. Angelo always kisses me good night. We have that phrase on our armoire, ‘Always Kiss Me Goodnight.’ The kids say, ‘Get a room!’”

She believes that one of the advantages of marrying later is the freedom to enjoy each other without the busyness of caring for children.

“We really are in love,” Marie said.

“And we are partners,” Angelo finished.

“We don’t take each other for granted,” Marie added.

Photo: Penfield residents Martha Welch and Peter Perine, both 84, lost their previous spouses in 2012. They met each other shortly after at the Unitarian Church in Brighton and later married. “Both of us strongly believe we don’t want to live alone,” say Perine.